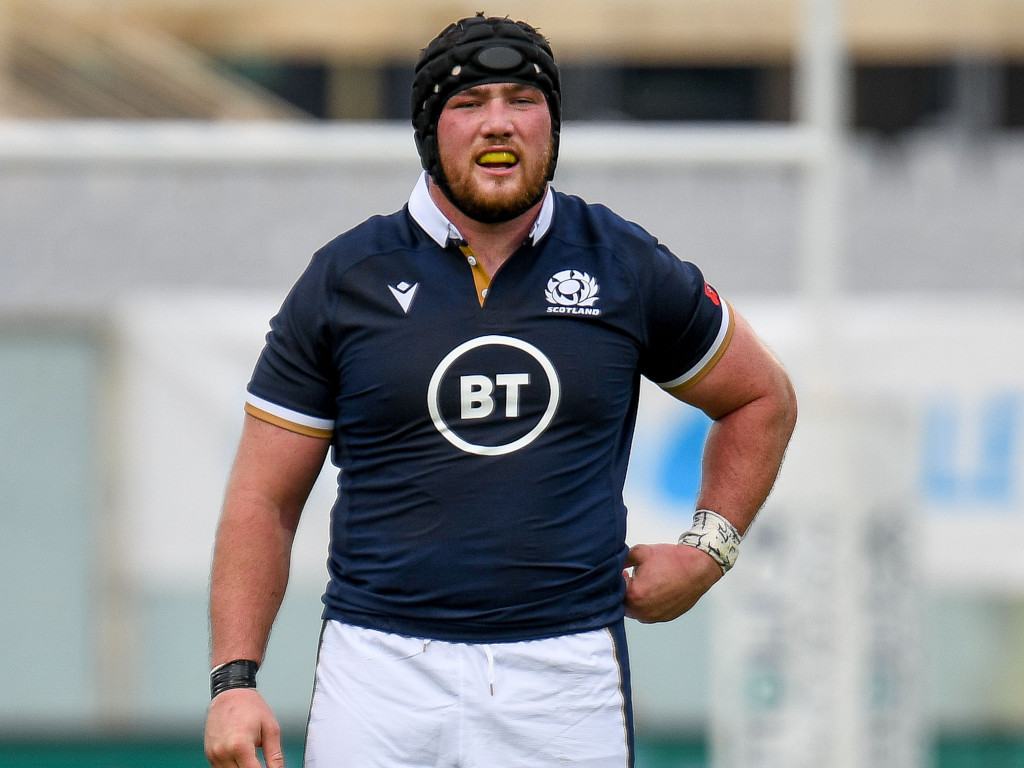 Scotland prop Zander Fagerson is eager to exact revenge over Ireland for their Six Nations defeat when they meet in the Autumn Nations Cup on Saturday.

Ahead of the third-place play-off encounter, Fagerson believes Scotland have “grown as a team” since suffering a deflating 19-12 loss to the Irish in February.

And their sense of frustration was highlighted when skipper Stuart Hogg knocked on in the act of touching down for a second-half try.

Scotland have not won in the Irish capital for 10 years, but they showed their mettle on the road by recently beating Wales at Parc y Scarlets, which was a first triumph on Welsh soil since 2002.

“We were pretty gutted and kicking ourselves after that Ireland game in February,” Glasgow prop Fagerson said.

“We definitely had a few opportunities to win the game, but that was 11 months ago and we’ve definitely grown as a team from then.

“We’ve got a few new threats and improved in certain areas, particularly the contact area, which wasn’t where it needed to be in February, when we let them off the hook a few times.

“It is a big opportunity against a top-class team, so we’re looking forward to going there and hopefully finishing third in this competition.

“We’ve not been looking at games gone by or the history of not winning in Ireland for however long, we just see it as a great opportunity to go over there and get a win, and it would be exactly the same if we were at home.”

Ireland’s forwards endured a torrid afternoon at Twickenham 10 days ago when they were dismantled by an England pack that underpinned a key victory on their march towards next Sunday’s Nations Cup final.

☘️ Johnny Sexton not ruling out another World Cup. 👇 https://t.co/fMmzlqZA2R

Fagerson, though, has plenty of experience when it comes to facing Irish opposition up front, and he knows what to expect.

“They are always a very physical pack,” he added. “I have played against (Ireland props) Cian Healy and Andrew Porter for many years.

“They have got (lock) James Ryan, CJ Stander in the back-row. It’s always a physical encounter, it doesn’t matter if it is domestically or internationally.

“I am looking forward to a physical confrontation, if selected. It’s going to be a tough 80-minute slog.”

The Autumn Nations Cup action has been criticised in many quarters for the quality of rugby on show, given a heavy kicking emphasis and attacking rugby being at a premium.

And Fagerson said: “I do understand some of the fans’ frustrations, but as a player I think defence is improving and attack is improving.

“It is hard to score points, it is hard to gain territory and possession, so the sport as a whole is growing.

“I understand it can be frustrating to watch, but trying to create mismatches isn’t as easy as it used to be. I wouldn’t say it is boring, there are still a few nuggets, and you just need to be patient.”