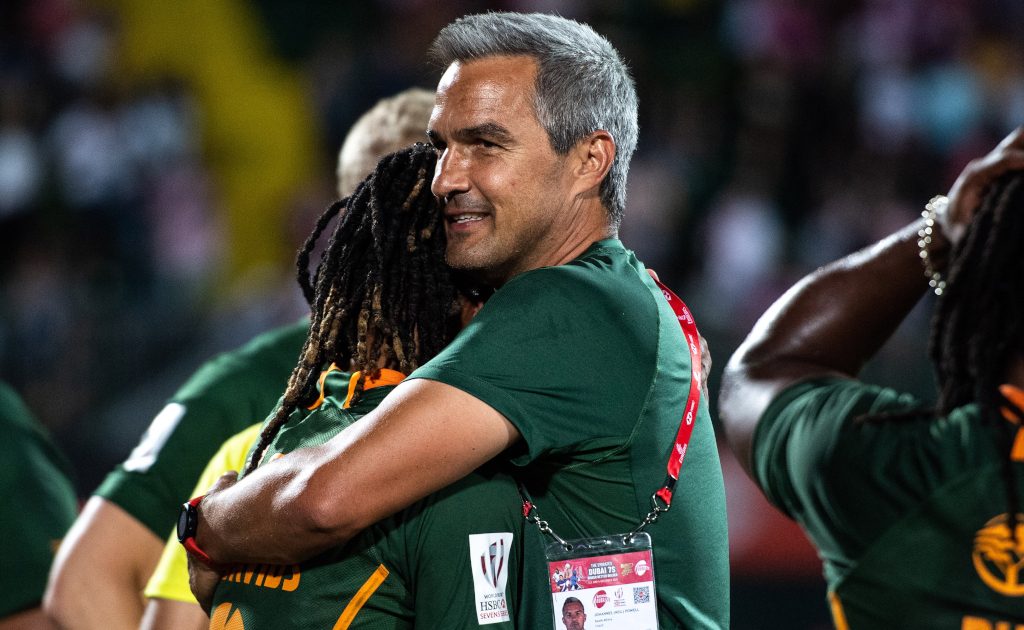 Selvyn Davids scored a try after the buzzer to ensure the Springbok Sevens team won their fifth consecutive World Rugby Sevens Series tournament – and their third of the 2022 season – when they beat Argentina by 24-17 in Malaga on Sunday.

The victory also extended the Blitzboks’ lead on the overall table for the season, and they will enter next weekend’s Spain Sevens event in Seville as first seeds and on a 29-match winning streak.

Springbok Sevens coach Neil Powell said afterwards he expected nothing less than a tight, tense affair as the Argentinians have proved to be relentless opponents over the years.

“It is never easy playing Argentina and to be honest, it is never a free-flowing game where the ball goes from side to side,” said Powell.

“They always make it a scrap; they are a hard-working team that never stop in trying to disrupt you. They always make it as difficult as possible for their opponents and it was the same tonight. We were probably blessed finishing the game as winners.

“We are happy with the result knowing that Argentina made us work for every metre and every point, so it was a satisfying win we had to work for.”

Powell believed the five changes from the side that won two back-to-back tournaments in Dubai at the end of 2021 was always going to be challenging as the new players were coming back from injury and had a lack of game time, but he was satisfied with their performances.

“The five new players were expected to make some mistakes, being rusty, but that is out of the way now. There are lots of positives to take out of this weekend and we will be better next week in Seville, I believe,” said Powell.

“Yes, we have some players with the X-factor, which always gives you a chance in tight matches. I also know they work hard for the teammate next to them.

“There are a lot of character and mental strength in the squad, so you always expect them to come back when behind on the scoreboard.

“We knew it was going to be tough here. We gave it our all, stuck to our instructions and played as ourselves.”