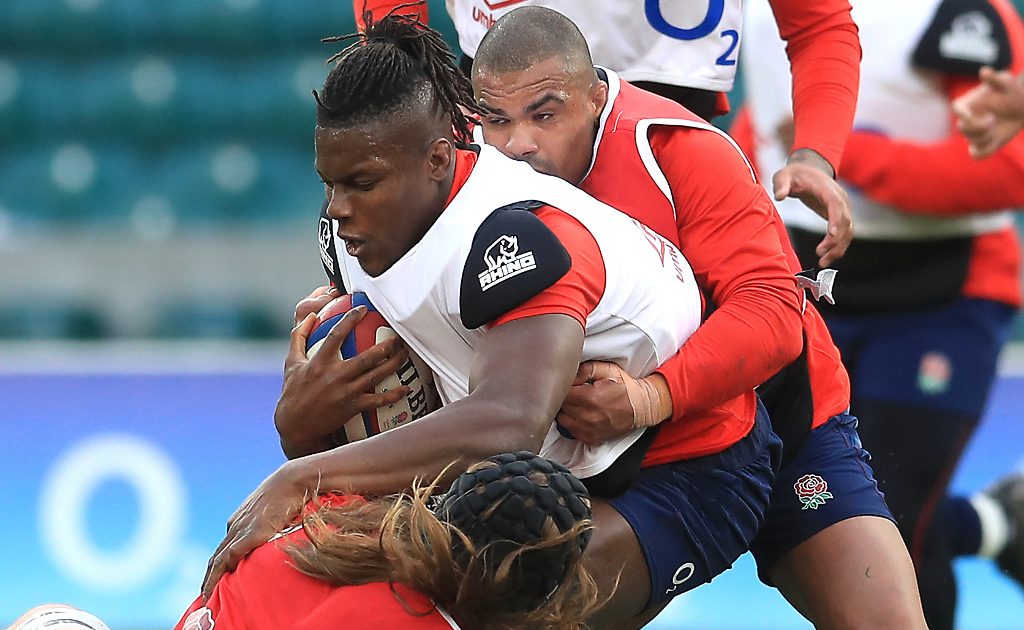 The recommendations are aimed at reducing injury risk and supporting short and long-term player welfare and suggest a maximum of 15 minutes full contact training per week – over a two-day period – while there should be zero full contact training on Mondays and Fridays to allow for recovery and preparation.

Dr Eanna Falvey, chief medical officer at World Rugby, explained: “Our immediate priority is to get teams to adopt the guidance, and the positive feedback we have received indicates that they will.

“By monitoring their adoption, including using Prevent biometrics’ instrumented mouthguard technology, we will be able to review and identify any further opportunities to advance welfare outcomes.”

Elite teams such as Leinster, Clermont Auvergne, Benetton and Southland have signed up and they have partnered with World Rugby to measure the effect of these guidelines by using specific mouthguards to monitor implementation and measure the outcomes.

Leinster coach Stuart Lancaster was on World Rugby’s advisory group for contact load along with former All Black Conrad Smith, now head of player welfare at the governing body.

“We have a responsibility to make the game as safe as possible for all our players,” Lancaster added.

“For coaches, optimising training plays a significant role in achieving that objective. It is important that we do not overdo contact load across the week in order that players are fresh, injury-free and ready for match days.

“These guidelines provide a practical and impactful approach to this central area of player preparation and management.”

The recommendations are based on a comprehensive review of the latest injury data and while training patterns vary across competitions, on average full contact training currently lasts 21 minutes per week and the average total contact load per week is at 118 minutes.

Incidences of training injuries are relatively low to that of matches, but the volume of training performed means a relatively high proportion, 35 to 40 per cent, of all injuries during a season occur in training, with the majority of these soft tissue injuries.

“While there is a lot less full contact training than many people might imagine, it is our hope that having a central set of guidelines will further inform players and coaches of key considerations for any contact that is done during training.

“These new guidelines, developed by leading experts and supported by the game, are by necessity a work in progress and will be monitored and further researched to understand the positive impact on player welfare. We are encouraged by the response that we have received so far.”

National players’ associations, national unions, international and domestic competitions in addition to top coaches and clubs are understood to be behind the guidance, which also considers the overall load for players of a particular age or injury profile and will feature in the men’s and women’s Rugby World Cup player welfare standards.

Omar Hassanein, chief executive at IRP, insisted the global representative body for professional rugby players had been encouraged by the response from its members to the guidelines.

“From an International Rugby Players’ perspective, this project represents a significant and very relevant piece of work relating to contact load,” he said.

“We’ve worked closely with our member bodies in gathering approximately 600 responses from across the globe, allowing us to have sufficient data to then be assessed by industry experts.

“The processing of this data has led to some quite specific recommendations which are designed to protect our players from injuries relating to excessive contact load.

“We will continue to work with World Rugby as we monitor the progress of these recommendations and undertake further research in this area.”

Meanwhile, England head coach Eddie Jones has warned the senior players left out of his squad to rediscover their best form or risk missing out on the 2023 Rugby World Cup.