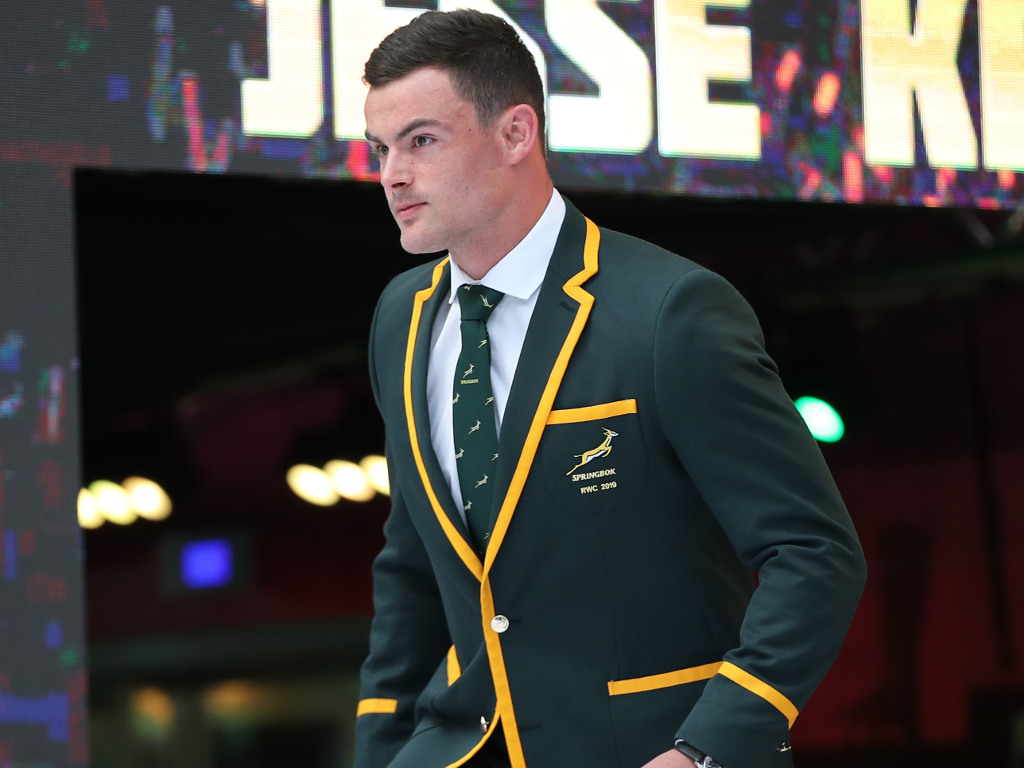 South Africa have been dealt a blow after centre Jesse Kriel was ruled out of the remainder of the Rugby World Cup due to a hamstring injury.

Damian Willemse, the Stormers utility back, will fly out to Japan to join the Springboks.

Kriel sustained a hamstring injury in the opening match of the tournament against New Zealand and although the condition has improved it was insufficient to put him in contention for either of the remaining two pool games.

Willemse, 21, who is on loan to Saracens in England, will join the squad in Japan on Thursday. He won all of his five caps in 2018.

“Damian would have been more involved with us this year but for injury, but he is familiar with our systems and should have no problem slotting in,” said Rassie Erasmus, South Africa’s director of rugby.

“He has the ability to play in a number of positions in the back division, while other players can cover Jesse’s No 13 jersey.

“I feel for Jesse. He has been in the match-day 23 for almost every match since I took over and is a model professional. He was a key member of the squad.”