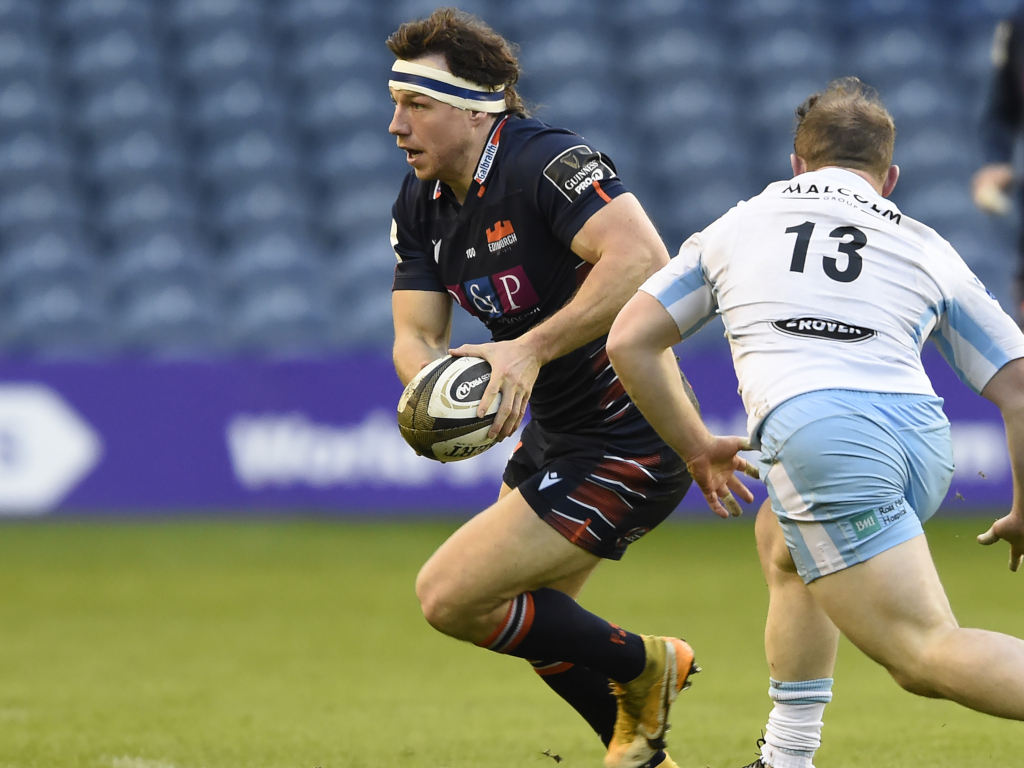 Head coach Richard Cockerill has hailed the re-signing of ‘world-class’ Edinburgh and Scotland back-row forward Hamish Watson, who has committed to a new long-term contract with the capital club.

In almost a decade of service, the relentless ball carrier and ‘fetcher’ – nicknamed pinball in social media circles for bouncing off tackles in the loose – is one of the most consistent and exciting openside flankers in world rugby.

Watson, 29, has made 116 appearances for the club since he joined the academy aged 19 and has earned 36 caps for his country.

He said: “I have been at Edinburgh since I was 19, it really is home for me and my family. My two girls were born here and we’re so happy to be spending more of our lives here.

“I feel like we have both showed each other a great deal of loyalty. I love playing for Edinburgh. It means so much to me and, like I said last time round, I can’t see myself in another team’s jersey.

“I feel like the club has been, and is, heading in the right direction to win something over the next few years. That is what I believe this group of players is capable of and it would be great to do it for the club and the fans.

“All the players can’t wait to welcome all the fans back after covid, to our new home. I personally can’t wait to see the fans again and continue this journey.”

Watson moved north from the Leicester Tigers academy for a Scotland 7s contract in the summer of 2011 before a string of impressive showings led to a place on Edinburgh’s elite development programme and his club debut that year (marking the occasion on the same day as fellow club centurion Grant Gilchrist).

Watson had already represented Scotland at U19, U20 and Scotland 7s by the time he had signed a senior deal in 2014.

The back-row nailed down a starting spot at the beginning of that season and soon played himself into international contention, making his Scotland debut in 2015. He has since gone on to be a near ever-present in the national team back-row.

💬⤵️ How good is that?? pic.twitter.com/UnfGNzcqDB

Watson made his 100th Edinburgh appearance in the 1872 Cup match against Glasgow Warriors in April 2019, with his future now secure going into this Friday’s derby at Scotstoun.

His popularity and prominence meant the club were not short of competition to keep the popular figure in the capital, with news of his signature very much welcomed by head coach Cockerill.

Cockerill said: “This is really fantastic news for Edinburgh and a great statement on our plans for this squad for the seasons ahead.

“We’re delighted he’s staying – any coach would be happy to have him – and will continue to bring his relentless approach to rugby every time he takes to the field.

“He’s an incredible, world-class athlete and rugby player and shows incredible commitment every time he takes to the field for club or country, but he also has a very good rugby brain.

“He’s a very popular and senior member of our player group and it’s great to have him committed to the club for the foreseeable future.”