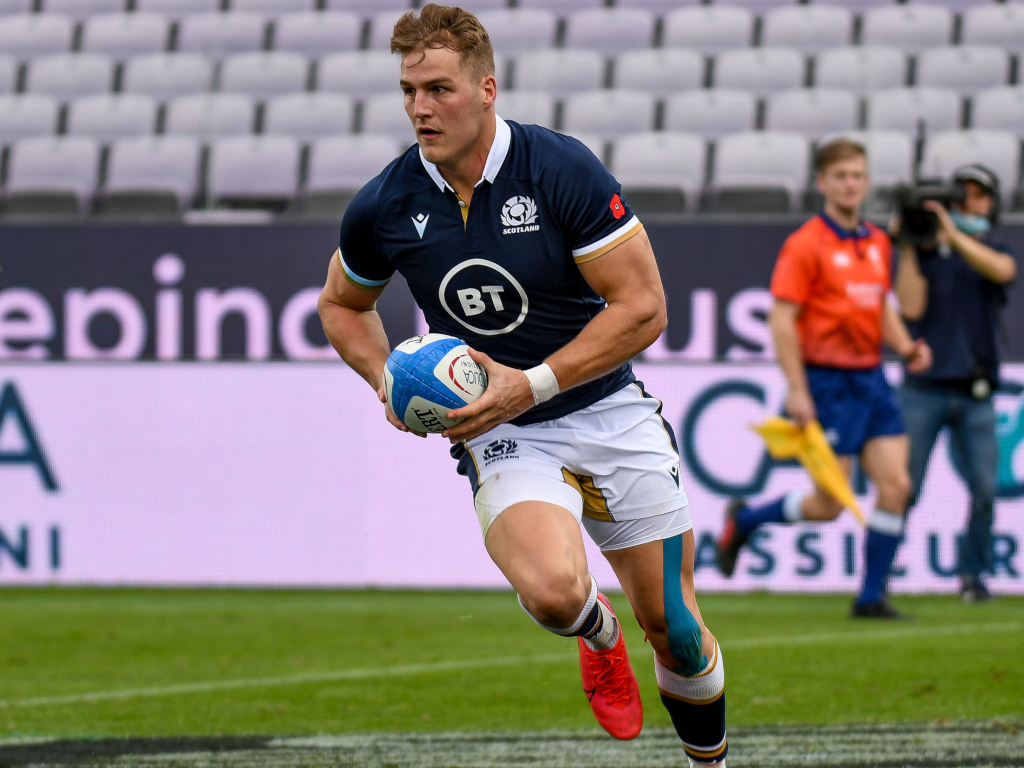 The 6ft 4in tall and 16-and-a-half stone strike-runner will join Warriors having made a try-scoring debut for Scotland against Georgia at Murrayfield in October after completing a three-year residential qualification at the Scottish outfit following a move from Montpellier.

Van der Merwe scored further tries in the win over Italy in Florence in the Autumn Nations Cup in November and another in the defeat by Ireland in Dublin in Scotland’s most recent international last month.

The signing of Van der Merwe represents a major coup for Warriors and director of rugby Alan Solomons believes that the powerful 25-year-old will prove to be a crowd-puller at Sixways.

“It is absolutely brilliant news for the club that Duhan has decided to join us here at Sixways,” said Solomons.

“Duhan is an X-factor player, who has now established himself at international level. He is an exceptional talent and, I believe, will have a huge impact on the team.

“He has pace and power and is a world-class finisher. He is a player who puts bums on seats and our fans are certainly in for a treat. He is also a first class bloke and team man and will fit in well here at Sixways. We all look forward to his arrival.”

He represented South Africa Schools and then South Africa U20s at the 2014 IRB Junior World Championship and made his senior debut for Blue Bulls in the 2016 Currie Cup before he moved to Europe and signed for Montpellier on an initial youth contract.

Van der Merwe signed for Edinburgh in May 2017 and his prolific try-scoring – 31 in 64 appearances, including 10 in his first season – since he arrived at Murrayfield helped to propel him into the international spotlight.

“I’m very excited to be joining Worcester Warriors. As a club they play an exciting brand of rugby and that is something I cannot wait to be a part of,” said van der Merwe.