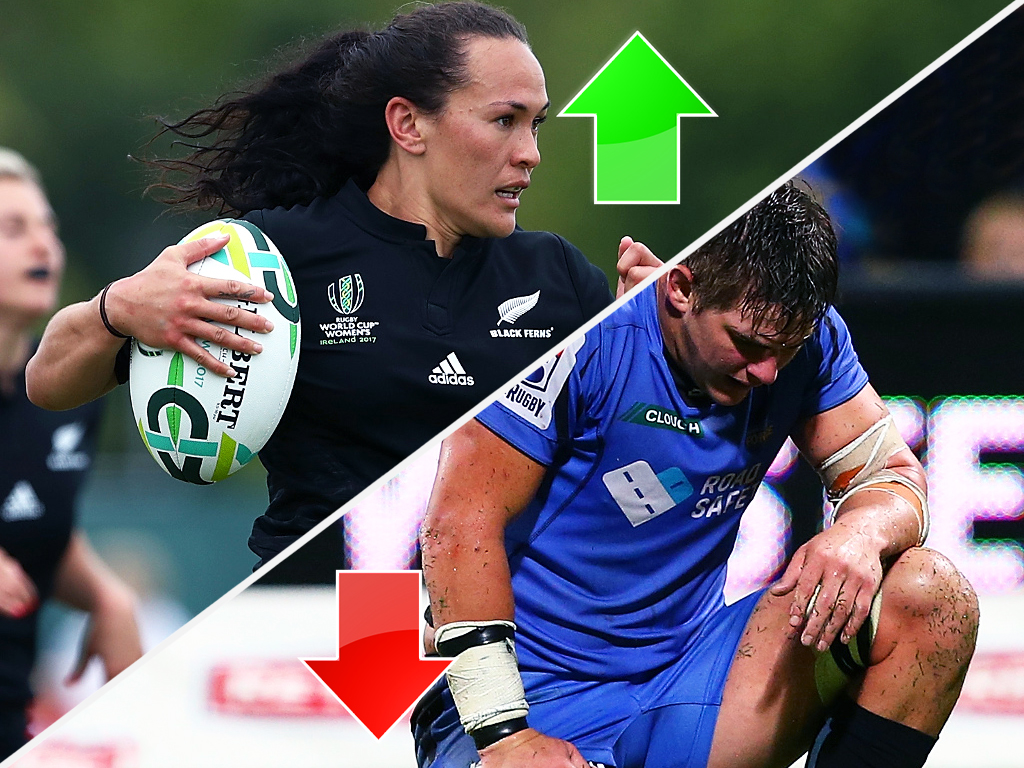 Portia Woodman: What an individual showing from Woodman against Hong Kong. Eight, yes eight tries from the lethal finisher. Canada winger Magali Harvey ran in five on Wednesday but that was bettered by the Black Ferns star, who looks in determined mood this Rugby World Cup.

Sharks: The Sharks made it four wins from five so far in the Currie Cup with a come-from-behind victory at the Golden Lions. Trailing 31-5 on 50 minutes, the Sharks then cut loose against their 14-man hosts with six tries to leave the Golden Lions shell-shocked. That leaves the Sharks four points ahead of the Free State Cheetahs, who have a game in hand, but after being so far behind, this victory will taste sweet.

Fiji 7s bid: Friday’s news that Fiji would be launching a bid to stage a leg of the World Rugby Sevens Series was a thick tick in our box. The Olympic champions must be strongly considered to stage an event when the current hosting agreements expire in 2019, as it would be a huge success. Suva’s been a success when staging Super Rugby games so imagine the atmosphere if the country’s beloved Sevens came to town.

Saracens pool fun: The European champions enjoyed their down time in the pool last week and created something pretty special. Here it is.

Force debacle: It’s tough to fathom the logic in axing the Force instead of the Rebels. Western Australia needs a Super Rugby side as how, despite confident claims suggesting otherwise, is there a simple player pathway for youngsters in the area to progress through the ranks? Rugby Western Australia are expected to take the matter to the Supreme Court if they win a right of appeal over this decision. Meanwhile, billionaire mining magnate Andrew Forrest says he will do whatever it takes to save the Force. We don’t expect this to be over just yet.

Disgraceful. So much good was built in the West. Pathways beginning to pay dividends & now the financial security of a committed community

Free State Cheetahs: Missed a chance to move top of the standings after they lost to Griquas, a side that had won one of their four games prior to kick-off. While the visitors to Bloemfontein had defeated Western Province in their previous game, Free State had enough quality to see this one out, especially as they were leading with five minutes remaining.

Hong Kong: Their 121-0 loss to New Zealand followed a 98-0 defeat to Canada as Hong Kong’s Women’s Rugby World Cup campaign went from bad to worse on Sunday. This may sound harsh but one has to question their inclusion in the tournament and what benefit it brings to both them and their opponents, who have thus far ran up cricket scores. They will hope to improve when they finish their pool outings against Wales.

Jordie Barrett injury: Of course injuries are always disappointing to see but especially when a player is in the kind of form Barrett was. The versatile youngster, who was preparing for Mitre 10 Cup rugby this time last year, shot up the ranks in New Zealand in 2017 with Super Rugby taken to with ease before he was capped by the All Blacks. Unfortunately he needs shoulder surgery and we wish him well in recovery.