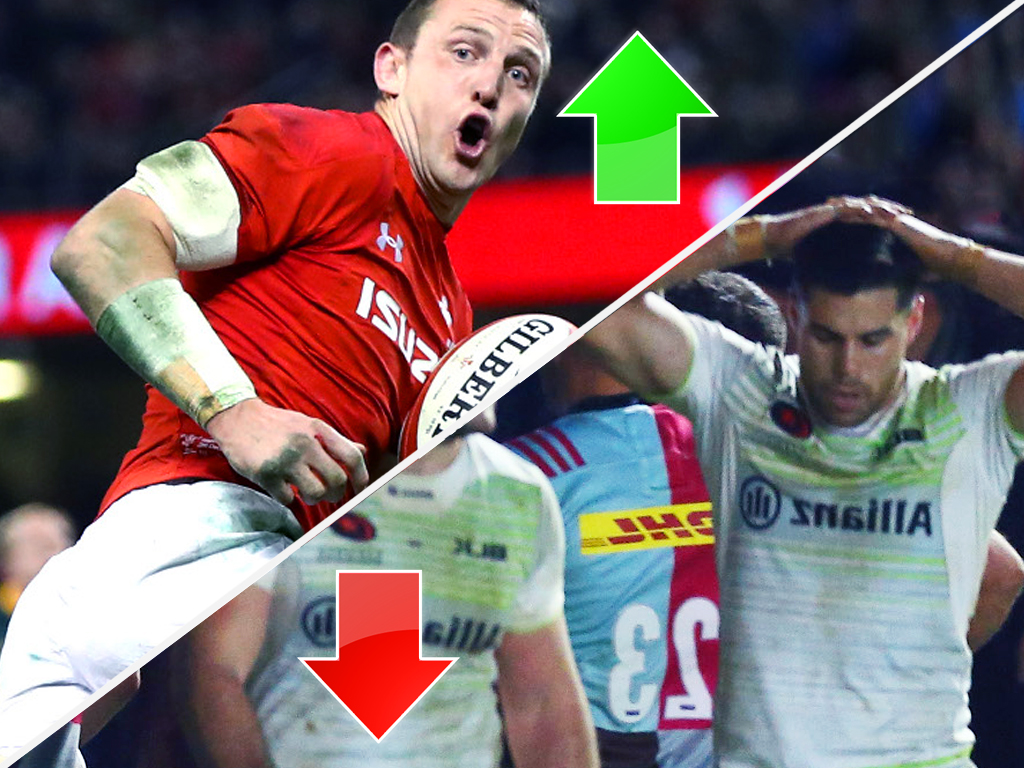 Sam Whitelock: You would struggle to recognise All Black lock Sam Whitelock after the weekend. He’s shaved his hair and beard for charity, helping the Chalky Charitable Trust to raise $100,000 for Isla Lunn, whose mother died from breast cancer. The charity was set up by All Blacks logistics manager Kevin “Chalky” Carr, who has terminal cancer, and wants to leave Isla something for the future Good on you, Sam.

Doubles on debut: James Lowe hit the ground running for Leinster with a brace against Benetton while Hadleigh Parkes also scored twice as his debut went very well for Wales against South Africa. The Welsh centre spots are up for grabs and Parkes surely just made one his own.

Exeter Chiefs: They look full of confidence at the moment as they blew away Bath at Sandy Park over the weekend. Their 42-29 victory saw them race out of the blocks and with players coming back from international duty and injury, the Chiefs are the team to catch right now. They currently sit eight points clear of Gloucester and nine of Saracens in the standings, going into Champions Cup action in fine fettle.

Castres: Five wins in a row for France’s in-form side as Castres beat Toulouse 41-31 at Stade Ernest Wallon on Saturday. Tries from Julien Caminati, Armand Batlle, Alex Tulou, Afusipa Taumoepeau, Jody Jenneker and Alexandre Bias saw them shock their hosts, as they sit in fifth position, just six points off top spot, going into European action. They won’t want the Champions Cup to come. What a resurgence it’s been.

Blitzboks and Australia Women: Opened their 2017/18 campaign in perfect fashion with victories in Dubai. Australia were too good for their rivals in the Women’s competition as they eventually saw off USA 34-0 in a one-sided final. A day later it was South Africa getting their hands on the silverware as they beat New Zealand 24-12, defending the trophy. Kwagga Smith once again impressed in what is a superb squad.

Northampton and Saracens: Five losses and three Premiership losses in a row respectively for Saints and Sarries as their wheels appear to have come off this season. Northampton went down again over the weekend, falling at home to Newcastle, while Saracens were floored by Tim Visser’s late try at Harlequins. What made that loss all the more disappointing for Saracens was that they had the likes of Mako Vunipola, Jamie George, Maro Itoje and Owen Farrell in their starting side while Quins, in contrast, dealt with a late withdrawal from Marcus Smith.

Springboks: Unlike their Sevens brothers, it was another poor day at the office for Allister Coetzee’s charges. That defeat to Wales caps off a dismal few months for the Springboks as they’ve won just two of their last eight internationals. A further two of those matches were draws but more concerning for the Bok fans is their lack of identity and quality. Coetzee is under huge pressure with his job on the line. 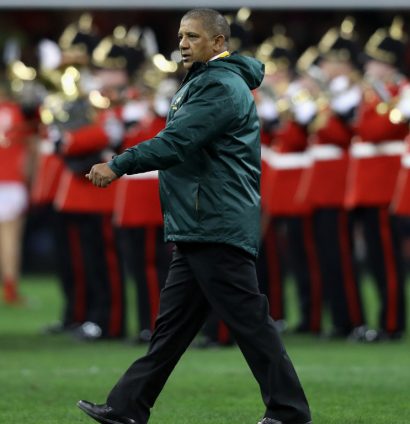 Taufa’ao Filise red card: This has caused plenty of debate. To the letter Nigel Owens made the correct decision as Filise’s shoulder made contact to the head of Glasgow’s George Turner but what irks us is there surely has to be some leniency for an initial hit moving a player off his original route so close to contact. Filise is hugely unlucky here and we believe the first tackle needed to be taken into account.

Red Card! ?? Taufa’ao Filise of @cardiff_blues is dismissed for this foul against @GlasgowWarriors. How important could that prove to be come the final whistle?
?? Watch the action live now on @bbcalba#GUINNESSPRO14#GLAvCAR pic.twitter.com/5WsqwzwXaA

David Paice: More cut and dry was London Irish hooker Paice’s decision to lead with his shoulder and hit Gloucester scrum-half Willi Heinz off the ball. Nick Kennedy was far from happy with his front-row after the match as he cost his side on Friday, being sent off in the 40th minute. If London Irish are to survive the drop down to Championship rugby at the end of the season they need better discipline than this.

Ospreys: It’s another bad week for the Ospreys as they suffered an eighth loss from 10 fixtures in the PRO14 on Saturday, going down to a strong Munster side in Cork. Ospreys have long been a play-off challenger so their decline to basement outfit is startling, with Zebre now sitting five points above them in Conference A. They have also lost two from two in the Champions Cup with a visit to Northampton next up.