Home Who's hot and who's not Who’s hot and who’s not: Tonga qualify, a good week for Eddie Jones and All Blacks in the mire 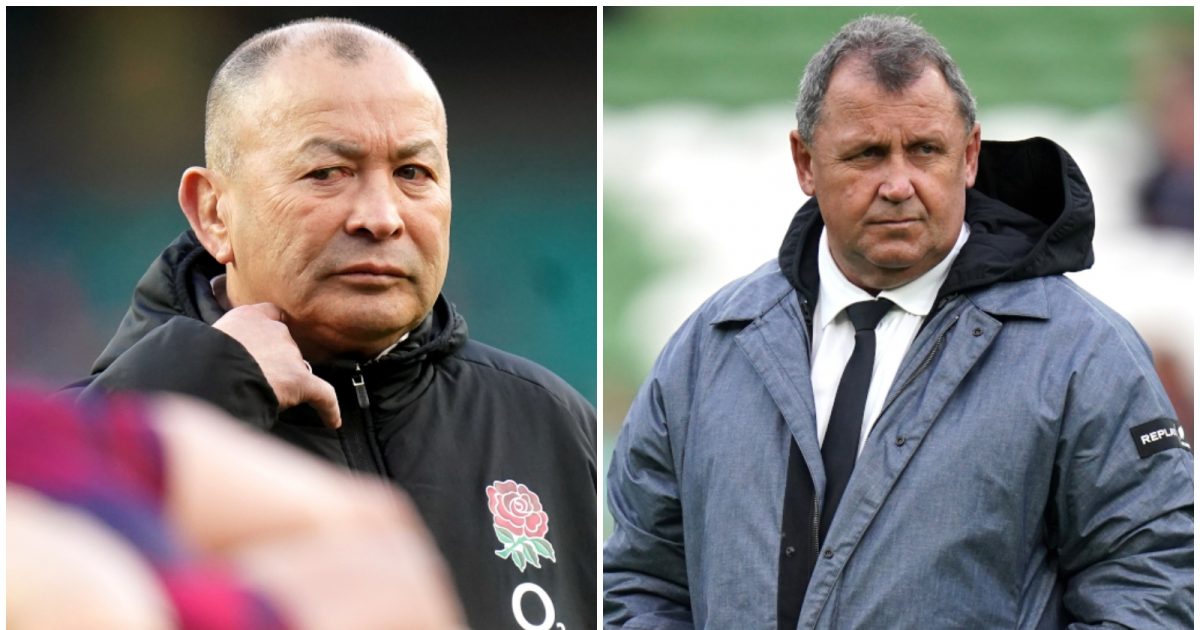 Tonga make the Rugby World Cup: It’s congratulations to the ‘Ikale Tahi after they beat Hong Kong 44-22 in Australia to book their place at next year’s Rugby World Cup in France. A hat-trick of tries from experienced scrum-half Sonatane Takulua helped fire the Tongans to their ninth global appearance at the showpiece event as they now join Ireland, Scotland, Romania and world champions South Africa in Pool B in 2023. While they did not feature on Saturday, we can now expect the likes of Israel Folau, Malakai Fekitoa and Charles Piutau to play in the upcoming tournament, which will be a fantastic watch as Tonga look to spring a big surprise on one of the game’s bigger boys.

Pressure eases on Eddie Jones: He clearly doesn’t mind the criticism he receives – otherwise he would have resigned a long time ago – but it must be nice for Jones to feel the release of media and public pressure as the team goes into its summer break. A series win over his home country Australia was the perfect tonic for the England head coach and with concrete backing from Rugby Football Union chief Bill Sweeney over his future going into the Rugby World Cup, Jones will be a happy camper as he looks to build on the July tour with a strong November before the big show in 2023. New talent has impressed while veterans like Billy Vunipola look hungry so Jones must be thrilled.

🗣️ "The future is bright for both and there's a murmur of expectation and excitement every time these two get the ball in their hands."

🏴󠁧󠁢󠁥󠁮󠁧󠁿 We kick off our State of the Nations pieces with England.

Rory Arnold back in Wallabies fray: With Samu Kerevi absent for the early part of the Rugby Championship after being named in the Australia Sevens squad for the Commonwealth Games, the Toulouse second-row has been brought in as one of the Wallabies’ three overseas players. Arnold has been in excellent form for the Top 14 outfit and thoroughly deserves his recall after missing the July series with England. He is a superb lineout operator and will also add plenty in the loose. With the Aussies struggling at lock due to a plethora of injuries, the 32-year-old’s return comes at just the right time for coach Dave Rennie, who can rely on Arnold to produce top quality Test performances.

👍👍 if you're back in the @wallabies squad!

Rory Arnold makes his return to the side after last featuring in the 2021 Spring Tour.#ARGvAUS #Wallabies #TRC2022 pic.twitter.com/A6RPcAjK4y

Scott Robertson’s opportunity to state his All Blacks case: Bring on the meeting between the Barbarians and an All Blacks XV later this year after Robertson was tasked with coaching the invitational side against his country of birth. There’s so much intrigue in the game at Tottenham Hotspur Stadium on November 13, not least because current New Zealand head coach Ian Foster is under growing pressure after a series defeat to Ireland. Robertson has long been touted as a future All Blacks coach so he will be desperate to press his case in this match. Throw in Ronan O’Gara being reunited as his right-hand man and the Barbarians look especially strong in the coaching box for this fixture.

Ed Slater’s MND diagnosis: All our thoughts go out to Ed, his wife, three children and everyone connected with Gloucester, Leicester and Nottingham – his former clubs – after he was diagnosed with motor neurone disease. Slater hasn’t played since January and underwent tests over a six-month period before the news was confirmed last week. Well wishes have poured in from around the world, while over £60,000 has been pledged to a JustGiving page which was set up, showing how highly regarded Slater is held. He is respected for his showings on the field but, more than that, he’s an outstanding human being and the news has hit everyone hard. Why does it always happen to the good guys?

Please support this legend! He has given his all to the game! Top man with a beautiful family! ❤️

Joe Marler’s concussion scare: The sad news about Slater almost leads on to this terrifying story from the England, British & Irish Lions and Harlequins front-rower. There is ultimately a disproportionate amount of rugby players being diagnosed with MND, which is why it was shocking to read about Marler’s battle with concussion. The loosehead stated on one occasion that he forgot he had children following a head blow and it just increases the worries in regards to how these knocks affect rugby players in the long-term. Head blows have been found to increase the risk of motor neurone disease, as well as the likes of dementia and Parkinson’s disease, so please can we have less of this “the game’s gone soft.” World Rugby are obviously right to clamp down on head shots as regular blows can lead to serious issues for players.

🗣️ “I just paused and broke down and I had no recollection of having kids and it just really scared the life out of me."

🏴󠁧󠁢󠁥󠁮󠁧󠁿 Joe Marler opens up on the harsh reality of concussions in rugby.https://t.co/puBlwDSfBv

All is not well in New Zealand Rugby: Nothing brings about a national crisis more than the All Blacks losing matches. It seems like the country has gone into meltdown following their series defeat to Ireland, with a media session being cancelled, the communications manager issuing a statement and the All Blacks not posting anything on Facebook or Instagram for several days. It’s all been a bit bizarre. There have been rumours about replacing the captain – a decision many fans wanted – and, of course, head coach Foster, so there was even more angst when skipper Sam Cane remained in situ and there were very few changes to the squad. Instead, it was decided that coaches Brad Mooar and John Plumtree were the fall guys.

Throw in an altercation between current and former All Blacks and things are at an all-time low. To be honest, New Zealand Rugby have brought this upon themselves. It was an odd decision to appoint Foster in the first place, an even stranger one to extend his contract following a mediocre 2020, which included a first-ever loss to Argentina, and this is the result of that. New Zealand don’t have the quality of recent years, but a lot of their players would walk into any other international side. At the moment, the All Blacks are a bit of a mess ahead of two tough away matches against South Africa.

🇳🇿 Ardie Savea carrying this All Blacks team on his back. pic.twitter.com/OJY1Qgj0S5

Pita Gus Sowakula’s omission: Continuing with the All Blacks, their squad for the upcoming Rugby Championship was announced and it saw the Chiefs number eight lose his place in the group for Shannon Frizell. Irrespective of the controversial nature of Frizell’s inclusion – he was charged for an alleged assault last year before it was later dropped – Sowakula can feel very hard done by. After being selected for the first time in the opening Test victory over Ireland and impressing off the bench, the 27-year-old then kept his place in the 23 for the second match. Based on the past month, he was ahead of players like Hoskins Sotutu in the pecking order and yet he has suddenly disappeared from the squad completely. Of course, Sowakula, being Fijian born and raised, can’t now represent the country of his birth for at least another three years, but obviously we’re not cynical enough to suggest that’s the reason for this strange episode…

Decline in South African refereeing standards: The officials were announced for the Rugby Championship and the list did not include a single South African referee. Marius van der Westhuizen will take on TMO duties for Argentina’s two clashes with the Wallabies, but that is it for the South Africans. Although their top referee, Jaco Peyper, is being given a ‘rest’, it is concerning that others were not deemed good enough. They are evidently not producing the quality of officials required at the top level and, ultimately, it is not great for the world game. While it is important to raise the standards of players and coaches, it is also vital the game continues to improve the officiating and, at the moment, South Africa appear to be lagging behind in that regard.