Home Who's hot and who's not Who’s hot and who’s not: Leinster shine in Champions Cup, Rugby World Cup hosts and Racing 92 woes 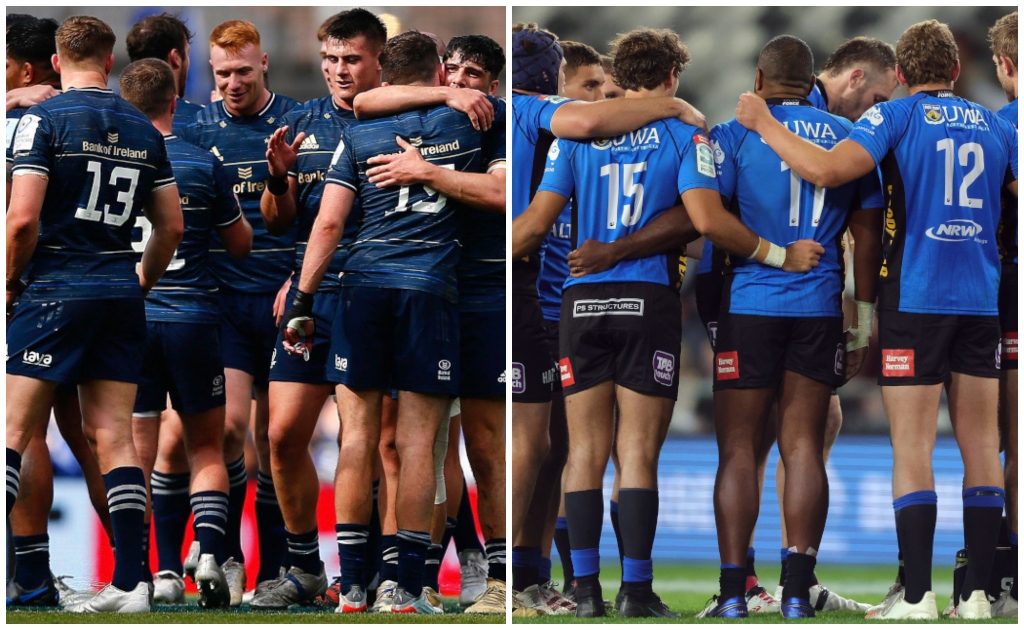 Champions Cup and Challenge Cup finalists: It’s congratulations to Leinster, La Rochelle, Lyon and Toulon as this quartet booked their place in this season’s Champions Cup and Challenge Cup finals. The former duo will be battling it out for European club rugby’s top prize in Marseille on May 28 after they beat Toulouse and Racing 92 respectively over the weekend, while Lyon and Toulon knocked out England’s Wasps and Saracens in the second tier competition. Hats off to the teams and their fans who now have a final to look forward to.

🏆 Leinster will face La Rochelle in the #HeinekenChampionsCup final! pic.twitter.com/KTSD5heXhF

Rugby World Cup host nations, notably USA: World Rugby announced their World Cup plans from now until 2033 with the headline being that the USA will be hosting for the first time in 2031 and 2033. Hopefully World Rugby’s attempt to crack the US sports market pays off following the emergence of Major League Rugby, a franchise-based professional league. It was also revealed that the next Women’s RWC will be held in England in 2025 while the next men’s competition will be held in Australia in 2027, with the women competing down under two years later in 2029. The move to plan so far in advance is one we are right behind as host nations can get properly ready for what should be exceptional tournaments.

Best Blues side since 2003: The Blues hit 11 wins on their 12th outing in Super Rugby Pacific this season as they secured a 53-26 victory over the Reds on Saturday. This makes them arguably the best Auckland team since 2003, who were the last Blues outfit to claim a ‘proper’ Super Rugby title (we are discounting the shoehorned Trans-Tasman competition). Nineteen years ago, the class of ’03 won 10 out of their 11 regular season games before coming out on top in both their play-off matches to earn the title. Could the class of 2022 be destined for glory?

50:22 and goal-line drop-out made permanent: It was announced that one of the more popular new rules of late, the 50:22 kick, will remain in the laws of the game permanently. The law promotes territorial kicking and allows teams more chances in the opposition’s red-zone than before, definitely making rugby a more entertaining product while not damaging the integrity of the sport. The goal-line drop-out is also here for good with the new law ending five metre scrums for held up tries. Although we feel that one needs altering, with the ‘held up’ rule releasing the pressure far too easily for the defending teams, it has certainly sped up the game and helped the product. Overall, these changes have benefited the game and we’re glad to see them stay.

World Rugby confirm the adoption of 5 law trials into the book permanently.

Nations Championship moves a step closer: A rugby Nations Championship is back on the cards with the aim of creating a 12-team competition to give more value to July and November Test matches outside of World Cup and British and Irish Lions years. The proposition would involve 12 teams in the top tier competition while a second and third tier Nations Championship would also exist to help develop the weaker sides. Promotion and relegation between the three would allow a clear pathway for lower tier rugby nations to progress. There is still a long way to go before anything is confirmed but we think this idea would help the sport and give greater exposure to all rugby nations.

Nations Championship a lifeline the sport cannot afford to ignore

The proposals are great for emerging nations, and for the old order it is a case of sink or swim

Rhyno Smith’s points haul: Benetton’s full-back had a fantastic afternoon at home in Treviso thanks to a 29-point outing versus Italian rivals Zebre Parma. Smith scored a hat-trick of tries, nailed four conversions and slotted two penalties to help his side to a 39-17 victory over their Parma-based rivals in their rearranged United Rugby Championship clash. His point-scoring splurge helped Benetton to their fifth win of the season, leaving them two points behind 13th placed Cardiff, with Smith the toast of Treviso after that superb performance.

Tired Toulouse: After a drawn out extra-time penalty shootout win over Munster last week in Dublin, Toulouse‘s return to the city was not so fruitful. The fatigued French side were torn apart 40-17 by Leinster, who managed to rest their first XV ahead of their quarter-final win over Leicester, leaving them fresher than the other sides left in the Champions Cup. The crushing loss will leave Europe scratching their heads as to how they are supposed to beat a club with the depth and quality to rest their entire starting line-up in preparation for high-stakes fixtures.

Reminiscent of the 2019 semi. Toulouse just have no answer.

Not surprised they are out on their feet. They have had big games every week for more than two months now.

Even at their best, think they’d struggle to live with this Leinster side

Western Force’s struggles: Two weeks, two New Zealand blow-outs. After dusting themselves off from a 53-15 home loss to the Crusaders, Round 13 brought much of the same for Western Force. The Highlanders marked their return to home soil with a record breaking 61-10 win on Friday, their largest victory margin in Super Rugby history. The struggling Force were completely blown away, leaving them with little hope of success against their upcoming Kiwi opponents in the Chiefs and Hurricanes. After the progress made last season, it has been several steps backwards this year.

Racing 92 crash out of Europe: It was a disappointing spectacle between Racing and La Rochelle on Sunday, with both sides not hitting top gear, particularly the Paris giants. A penalty count of 19 is highly likely to see any team come out on the losing side and had La Rochelle’s Ihaia West brought his kicking boots, Racing would have suffered a larger defeat. While both teams struggled to entertain, it was still so frustrating to see the Parisians not hit the heights we have seen this season with ball in hand. But credit must go to La Rochelle, whose dominance in the set-piece put Finn Russell and company on the back foot, which ultimately meant few chances for the likes of Teddy Thomas to shine.

Not the result Finn Russell or Racing 92 would have wanted.

The Scot dissects their performance after the Parisians came up short once again.#HeinekenChampionsCup pic.twitter.com/pHKAxynI2B

Dragons and Zebre Parma continue to disappoint: The aforementioned Smith’s display in Treviso handed bottom-placed Zebre Parma their 16th defeat of their 17 game (so far) URC season. Second bottom Dragons experienced similar misfortune on Friday night with a loss of their own, leaving them with 14 reversals from their 16 fixtures. Both sides have some serious thinking to do following this pretty dreadful campaign.

Elton Jantjies in the dock: It wasn’t a great weekend for the Springbok fly-half, who returned from a family holiday in Turkey and was arrested by police in Johannesburg. Jantjies was alleged to have caused “malicious damage to property” on a flight back from Dubai, with the 31-year-old subsequently released on R1000 bail. His agent, James Adams of In Touch Sports, has played down the alleged incident, but his expected appearance at Kempton Park magistrate’s court will reveal more.