Home Who's hot and who's not Who’s hot and who’s not: Jonah Lowe stars, 100 up for Emily Scarratt and two baffling decisions 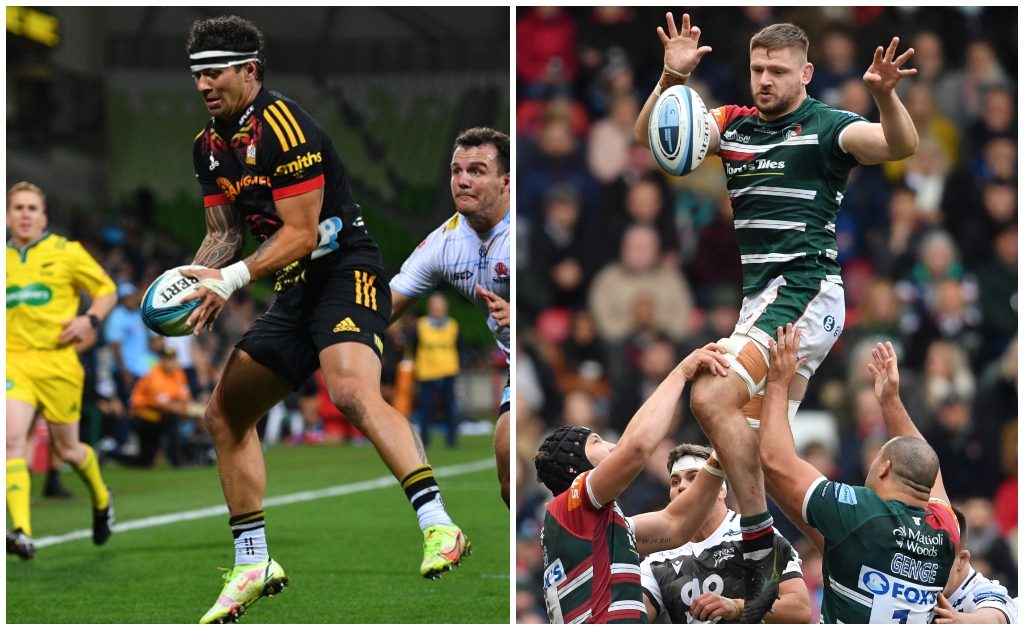 Jonah Lowe scoring four: Chiefs wing Jonah Lowe starred in his side’s dominant 51-27 victory over the Waratahs in the first match of Super Rugby Pacific’s Super Round. It was the first game of the 2022 campaign where Australian and New Zealand teams clashed and with the Chiefs struggling with injuries particularly in the backline, wing Lowe put his hand up in a glittering performance packed with sublime running, offloads and support play. An excellent effort as he crossed the whitewash a remarkable four times to help his side to the points.

Serving up tries all over the park, your Man of the Match is Jonah Lowe 😤😤 pic.twitter.com/hnrQ8pnaB5

Emily Scarratt reaching 100 caps: After making her debut as a replacement for England against the USA in 2008, the England centre made her 100th Test appearance for her country in a one-sided Six Nations encounter Ireland in front of a packed Welford Road on Sunday. Scarratt celebrated the achievement by contributing 10 points, courtesy of five conversions, in England’s 69-0 victory and what made her achievement extra special is that she is a Leicester local so playing her 100th at home is something which will live on long in her memory.

Fijiana Drua: There were scenes of celebration at Melbourne’s AAMI Park on Saturday as the Fijiana Drua side were crowned champions after lifting Australia’s Super W title courtesy of a nail-biting 32-26 triumph over the Waratahs. The win is a momentous one as it means it’s the first time in the competition’s history that the Super W trophy goes to a new home after the ‘Tahs won the title between 2018 and 2021. Vitalina Naikore was the Drua’s star performer in the final as she scored a hat-trick of tries and also added a conversion. Well done, ladies!

Hurricanes and Northampton’s comebacks: Both teams deserve plenty of credit for not panicking despite making slow stars in their respective fixtures. The Hurricanes were under the cosh during the early stages of their Super Rugby Pacific encounter against the Reds in Melbourne and trailed 17-0 after half an hour before they took control of proceedings to score 30 unanswered points en route to a 30-17 win. Meanwhile, Northampton found the going tough in their Premiership clash with Bath at the Rec as they were trailing their hosts 31-12 by the hour-mark before a late surge – in which Alex Mitchell, Tommy Freeman and Mike Haywood crossed the whitewash as well as a penalty try – secured them a 36-31 triumph. Haywood’s try gave Saints the win in injury time and consolidated their spot amongst the play-off positions.

Sad death of Pedrie Wannenburg: It was a sad day for the global game when news emerged of the passing of the former Springboks, Bulls and Ulster loose forward at the age of 41 at the weekend. Wannenburg, who represented his country in 20 Tests, died tragically in a car crash in the USA where he was based since 2016. The Bulls honoured Wannenburg with a moment of silence ahead of their United Rugby Championship encounter against Benetton at Loftus Versfeld in Pretoria on Saturday while tributes have been pouring in from former team-mates, opponents, coaches and administrators from across the world. Well respected on the field and loved off it, this was such awful news.

🗣️ "Thoughts are with his wife Evette and his young kids."

Cheslin Kolbe out again: A broken thumb suffered against Benetton just over a week ago in the Challenge Cup will leave Kolbe sidelined for several weeks. This is a blow for Toulon who lost the Springbok finisher ahead of fixtures against Toulouse and Bordeaux in back-to-back weeks. Coach Franck Azema said that “it will be around five or six weeks for him” meaning that his return to the Top 14 this season is up in the air, with Toulon fans and rugby fans alike left poorer for his absence. Fair play to Toulon though, they did beat Toulouse on Saturday.

Bad timing, but this is rugby life.
Road to recovery and focused on the finish 🙏🏻
Thank you for all the wishes of support. pic.twitter.com/CjW43eUcHe

Champions Cup quarter-final clash: Unfortunately for rugby fans, two of the three Champions Cup fixtures played on Saturday, May 7 are scheduled for the same time… This means that Leicester v Leinster and Montpellier v La Rochelle will kick off simultaneously at 17:30 BST meaning viewers will have to pick which quarter-final game to watch. This seems like an oversight for games of such high importance from European Professional Club Rugby (EPCR). No one benefits from this as viewing numbers will be lower for each fixture as a result.

Crazy decision at The Stoop: There was a bizarre incident in the highly anticipated Premiership encounter between Harlequins and Leicester Tigers at Twickenham Stoop on Saturday when referee Wayne Barnes penalised Harlequins after Alex Dombrandt pushed his team-mate, Joe Marler, into the oncoming defence. Marler made contact with Leicester second-row Calum Green whose shoulder clearly made contact with the Harlequins loosehead prop’s head but Barnes ignored that offence and after consulting his TMO, Tom Foley, it was decided Green’s offence was caused due to Dombrandt’s action. The call led to ample debate and we feel Green has got away with this one.

The headshot from Green is made irrelevant as World Rugby want to clamp down on players pushing their teammates into contact!