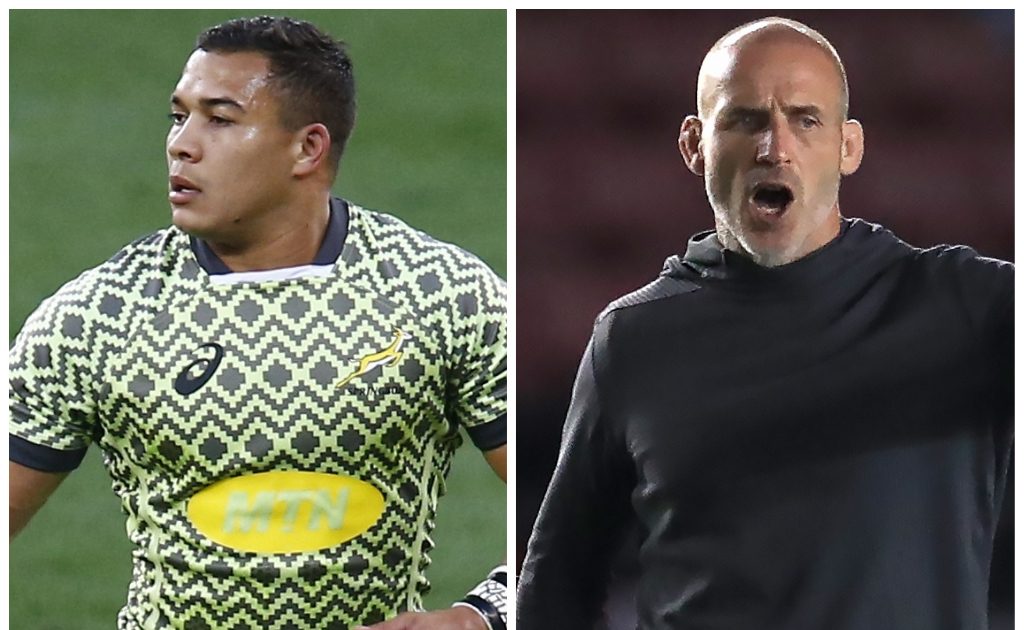 Toulon’s mega move: The biggest transfer in rugby history was made last week as South Africa sensation Cheslin Kolbe confirmed he had signed for Toulon, joining from Top 14 rivals Toulouse. It has been reported in some French media there was a whopping transfer fee of 1.8m euros attached to the switch, due to Kolbe being under contract which, if true, is an eye-watering amount of money. It’s also been suggested that the Springbok wing is in line for 1m euros per season at Stade Mayol so it’s clear Toulon have gone all out to bring in the Rugby World Cup star. While it was emotional for Kolbe to leave Toulouse, it is an understandable decision as he looks to secure his family’s long-term financial future. Toulouse fans will remember an incredible signing who gave his all in his time there, but there’ll be sadness on both sides.

Captain Ellis Genge: Congratulations are very much in order for the England loosehead prop as he was appointed the new captain of club side Leicester Tigers. Some may view it as a surprising decision but it is clear from the comments made by head coach Steve Borthwick that he’s the right man to lead the Premiership outfit in 2021/22 with Hanro Liebenberg his vice-captain. “It gave me great pleasure to appoint Ellis as club captain, but even more pleasure to see the reaction from his teammates to the news of his appointment,” Borthwick said, which shows just what an influential and inspiring character he is in the squad. This decision could well propel Genge, who is still just 26 years old, to new heights as a player, which can only be positive news for Leicester and England moving forward and we wish him new in the position.

Thanks for all the kind messages.
I’ve learnt a lot off of younger in the past 5 seasons that will help me along this path.

I will give everything I have to add to the great history of this club, on and off the field.

Queensland go-ahead: The Rugby Championship was thrown into chaos when New Zealand Rugby (NZR) announced that the All Blacks would not be travelling to Perth for their third Bledisloe Cup encounter with the Wallabies and they also cancelled two home Tests with the Springboks, due to another Covid-19 outbreak in the country. Thus sparked a scramble for a solution as several nations were mooted as possible hosts for the remainder of the tournament. Thankfully Queensland state government mobilised a plan in quick time and will now stage the Rugby Championship run-in. It would have been a disaster had the games been cancelled so well done Queensland for their work.

🇦🇺 Queensland gets the nod to stage #RugbyChampionship run-in. 👇https://t.co/awoRzFQfVP

United Rugby Championship boost: For those supporters who cannot afford all of the subscriptions that rugby union demands in the modern game – we think Amazon Prime Video, BT Sport, Sky Sports and Premier Sports – there has been positive news surrounding this season’s upcoming United Rugby Championship. Welsh fans will be thrilled to read BBC Cymru Wales and S4C will broadcast 75% of live games involving their four regions, while Ulster followers can smile over the news that BBC Northern Ireland will show six of their home games per season live. Having rugby on terrestrial television is critical for the sport so it was great to see this confirmed late last week.

Ardie’s emotional honour: The video below sums up just what being named All Blacks captain means to Savea and his family and we confess to being moved after watching it. The outstanding number eight takes on the captaincy role in the absence of second-row stalwart Sam Whitelock for the rest of the Rugby Championship and there’s no doubt he’ll be honoured to lead in their remaining games. Always a player who empties the tank on the field with his devastating carries and tackles, the added responsibilities against Argentina and South Africa will no doubt be taken in his powerful stride and there might be a tear or two for the anthems. It was great to see what it means.

🇳🇿 What it means to become All Blacks captain…🥲

Paul Gustard comments: Sometimes it is best to say nothing at all is advice many believe is worth heeding at times. We feel that might have been a better option for Gustard last week when his comments about former club Harlequins sounded a touch salty. While there’s little doubt that the foundations Gustard laid at the side before his departure were crucial to their Premiership title success – he signed prop Wilco Louw and inside centre Andre Esterhuizen and brought through wing Louis Lynagh – to say he was “delighted for most of the players” we felt did not need to be said. While there might have been issues with some personnel in the Quins ranks, sometimes it is just not worth airing in public afterwards. Now Benetton coach Gustard and those involved know what happened and we feel this may have been better kept quiet.

Lions lose another: After coming bottom of the Rainbow Cup SA standings and currently languishing at the basement of the Currie Cup table, things have been looking increasingly bleak at the Sigma Lions over the past year. It’s a huge shame that the three-time Super Rugby finalists have dropped off from those impressive days that saw top class players adopt an exciting and successful brand of rugby that made them many people’s second favourite team. Part of the big issue has been a gradual exodus of coaches and players who moved on to pastures new, with Johan Ackermann and Swys de Bruin’s departures coinciding with the likes of Ruan Ackermann, Franco Mostert, Faf de Klerk and more leaving the club. The latest exit came last week when it was announced Courtnall Skosan had signed for Premiership side Northampton Saints and with a testing season in the inaugural United Rugby Championship on the horizon, one fears for the Lions in that competition.

Scott Robertson made to wait again: It very much looks like the Crusaders head coach will have to wait until at least 2023 to get his shot as the All Blacks’ head coach. Ian Foster signed a new deal with New Zealand Rugby to remain as boss of the national team until the conclusion of the Rugby World Cup in France earlier this week, leaving Robertson to concentrate on Super Rugby matters. While it wasn’t exactly surprising, you question whether it is the right decision considering how below par – by their high standards – the three-time world champions have been since 2019. Supporters weren’t happy with Foster’s appointment to start with and the team have hardly inspired under the former Chiefs boss. To some extent NZR’s hands were tied, given the lack of matches against anyone other than Australia or Argentina, but they may well regret ignoring Robertson during this World Cup cycle, especially if another major international team comes sniffing.

🗣️ "I'm really excited to be leading the team into the future."

Welsh club player’s death: Tributes have poured in for Cwmllynfell RFC player Alex Evans, who collapsed and died after suffering a cardiac arrest during a recent memorial game in South Wales. The 31-year-old flanker was playing in the match but left the field when he started to feel unwell and later collapsed. Evans was treated by first responders and the ambulance service but unfortunately died at the scene. A GoFundMe page to help Evans’ family has been set up and at the time of writing more than £15,000 has been raised. Since Evans’ death, there have also been calls for all Welsh rugby clubs to be issued with a defibrillator. Our thoughts are with Evans’ family and friends.

Partying Du’Plessis: It is always hugely disappointing when sportsmen or women ignore guidance on Covid-19, but unfortunately there was another case, this time in New Zealand, where Hurricanes and Wellington Lions loose forward Du’Plessis Kirifi landed himself in hot water with New Zealand’s authorities after he was caught partying during the Level Four lockdown in Wellington. The Wellington captain issued a public apology for the lockdown breaches after he and his girlfriend, netballer Mila Reuelu-Buchanan, hosted and attended parties despite the guidance being in place. Politicians, sportspeople and the general public must all follow the rules to the letter in these times.

🗣️ "I know every day, thousands of people are working tirelessly to stop Covid-19, so for me to break my bubble was selfish and immature."