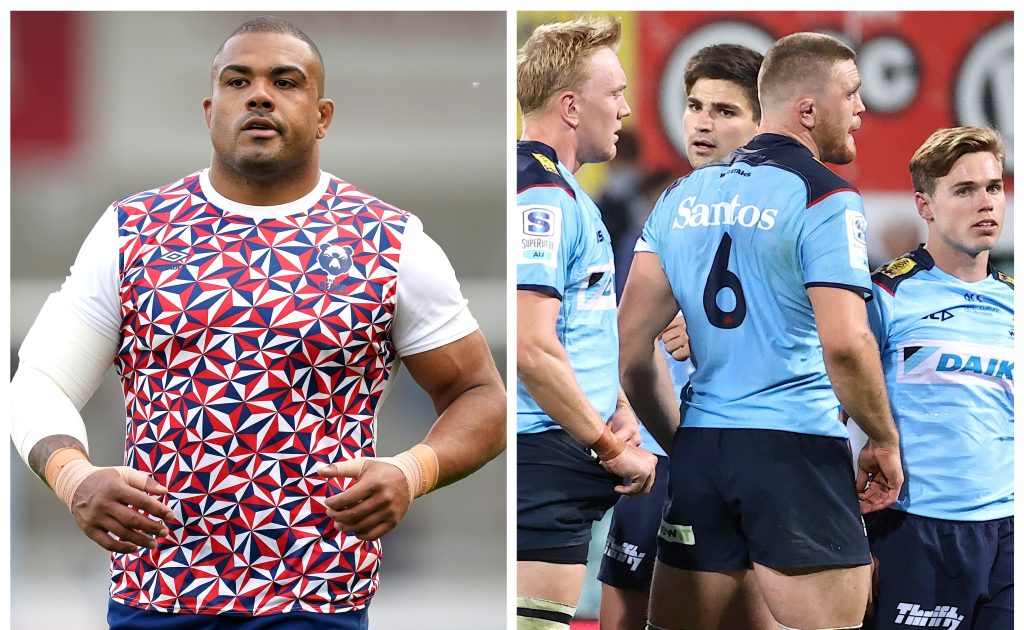 Sale Sharks: Alex Sanderson’s troops delivered an outstanding performance against Harlequins at the AJ Bell Stadium on Friday as they outscored their visitors by seven tries to two en route to a 45-12 victory. As the scoreline suggests, the Sharks were deserved winners as they dominated for long periods and were leading 26-7 at half-time. That means Sale have extended their run of victories in the Premiership to eight on the trot although that record will face a stern test when they face Exeter Chiefs in their league finale at Sandy Park this Saturday.

It's these type of nights we LOVE.

Exceptional performances from everyone on the field.

Twickers, we're coming for you! 👀 pic.twitter.com/yrBBOWRlLW

Exeter Chiefs comeback: Although Northampton were reduced to 14 men early in the first half of their encounter against the champions – after Dave Ribbans was red carded – they had the better of the opening half and raced into an 18-0 lead at half-time. That meant Exeter had to deliver their biggest ever recovery in the Premiership as they launched an outstanding fightback after the interval. Quick-fire tries from Sam Skinner and Stuart Hogg put them back in the game but the home side continued to hold an edge and were up 21-12 after 51 minutes and 26-19 midway through the half. However, Exeter didn’t panic and did well to draw level courtesy of a converted Ollie Devoto try and Joe Simmonds sealed their win when he slotted a 74th minute penalty.

Springbok call-ups: A month after British and Irish Lions boss Warren Gatland announced his 37-man squad for their upcoming tour of South Africa, the Springboks’ coaching brains trust of director of rugby Rassie Erasmus and head coach Jacques Nienaber have named a broader group of 46 players to take on the famous touring team in their three-Test series as well as Georgia in two warm-up internationals. As expected, the bulk of the squad – 29 players – did duty during the Boks’ 2019 World Cup-winning campaign but eight uncapped players have also been called up – including Leicester number eight Jasper Wiese – while players like Sale’s Du Preez brothers, Jean-Luc and Dan, and club-mate Coenie Oosthuizen were recalled to the Bok set-up along with veteran Bulls fly-half Morne Steyn, who hasn’t played at Test level since October 2016.

Richard Wigglesworth: The scrum-half’s appearance for Leicester Tigers against Bristol Bears on Saturday made it 300 Premiership games. Since making his debut way back in 2002, Wigglesworth has represented Sale Sharks, Saracens and Tigers in the English top flight and has one by one surpassed some of the Premiership greats in Charlie Hodgson, Phil Dowson, George Chuter and most recently his head coach Steve Borthwick. What an incredible achievement this is for Wigglesworth and he looks more than capable of adding a good few more.

Kyle Sinckler: The 28-year-old’s omission from Warren Gatland’s original British and Irish Lions squad was one of the biggest surprises but he has reacted well to that snub and been in superb form for Bristol in the Premiership. That meant he was the first choice to come into the Lions squad after Leinster’s Andrew Porter injured his toe at the weekend. Although Sinckler missed his club’s win over Leicester due to a hamstring injury, he is expected to be back in action soon and will join the Lions squad when Bristol’s Premiership campaign is over. Despite being a late inclusion, don’t be surprised if he sees some Test action in South Africa.

"You wouldn't bet against Kyle being a part of all three Tests!"

Bristol Bears’ gamesmanship: At the end of a pulsating encounter between Leicester and Bristol, the hosts were camped on their opponents’ line looking for a winning score. The Bears were 26-23 ahead hoping to secure a home semi-final place but were under significant pressure at Welford Road and had prop Nahuel Tetaz Chaparro sin-binned. It meant the visitors either brought on their other tighthead John Afoa, who had started the game, or go to uncontested scrums and finish the match with 13 men as, under the current laws, the West Countrymen would have to lose another man.

Afoa was replaced at half-time in what was noted down as a ‘tactical’ substitution before boss Pat Lam then said he was ‘injured.’ After learning he would have to lose another player if the scrums went to uncontested, Lam and the Bristol staff suddenly changed their mind. Leicester boss Steve Borthwick was understandably unhappy and, as a result, Afoa returned to the field and played a part in Bristol sealing the victory. The tighthead then proceeded to scream and celebrate in the face of Tigers scrum-half Wigglesworth after the final whistle, sparking a mass brawl. Ultimately, these clubs can preach about culture, fair play, honesty and ‘playing the game the right way’ but, when a key match is on the line, that seems to go out of the window.

😳 Steve Borthwick was NOT happy with Pat Lam and Bristol.

John Afoa initially came off for 'tactical' reasons, only for Bristol to say he was 'injured'.

The Bears then claimed he was fit enough to return when realising they would lose an extra man. 🤔pic.twitter.com/MrwT5qNTMz

Crusaders bonus point failure: It’s not often the most successful team in the history of Super Rugby finds themselves in this section, especially after they were on the winning side, but that’s where the Christchurch-based outfit put themselves after failing to secure a bonus point in their 28-21 home victory over the Western Force. The Crusaders had the maximum in the bag before a late Jordan Olowofela five-pointer took it away from them. The result could have dire consequences for the Crusaders, who are in joint second-place in the standings with the Highlanders, who have a superior points difference ahead of the last round of games before the final on June 19. Both teams’ final league matches are away from home with the Crusaders facing the Rebels while the Highlanders take on the Brumbies. Meanwhile, the Blues, who are in pole position in the standings – one point ahead of the Crusaders and Highlanders – host the Force in their last match.

Championship final TV fiasco: Want to watch England’s second tier final between Ealing Trailfinders and Saracens? Well, it will cost you not one but two television subscriptions. Yes, the first leg is on Premier Sports before the second game will be shown on BT Sport. Is it any wonder why growing the game is proving difficult if the money supporters are being asked to outlay season after season on TV contracts now reaches this scenario. We’re sure those who have these two providers will enjoy the games but for the rest of us, what a shame this is.

Duane Vermeulen injury: Springbok supporters will be sweating over the fitness of the talismanic number eight, who was forced off the field with an ankle injury during the Bulls’ 31-27 Rainbow Cup SA triumph over the Stormers in Pretoria on Friday evening. Although the seriousness of the injury has not been determined yet, Vermeulen is one of the toughest players in South Africa and an integral part in the Springbok set-up and he will be relishing the opportunity of taking on the British and Irish Lions next month. Hopefully, he does get to do that as there has been plenty of hype around the series which deserves all the best players from both sides to be involved. Fingers crossed.

All the best, Duane Vermeulen! Wishing you a speedy recovery. #RainbowCupSA pic.twitter.com/QZox8LkKll

Waratahs: Although all the Australian teams have struggled against their New Zealand counterparts, the Sydney-based outfit have found the going particularly tough and suffered a humiliating 59-23 defeat at the Highlanders at the weekend. After losing all eight of their games during Super Rugby AU, they have also lost their four Super Rugby Trans-Tasman encounters so far. The loss to the Highlanders is the third time they have conceded 50 points in the competition after the Hurricanes beat them 64-48 in the opening round and the Crusaders claimed a 54-28 result in Round Three. They also went down against the Blues in Round Two (48-21) and currently have a points difference of -105.