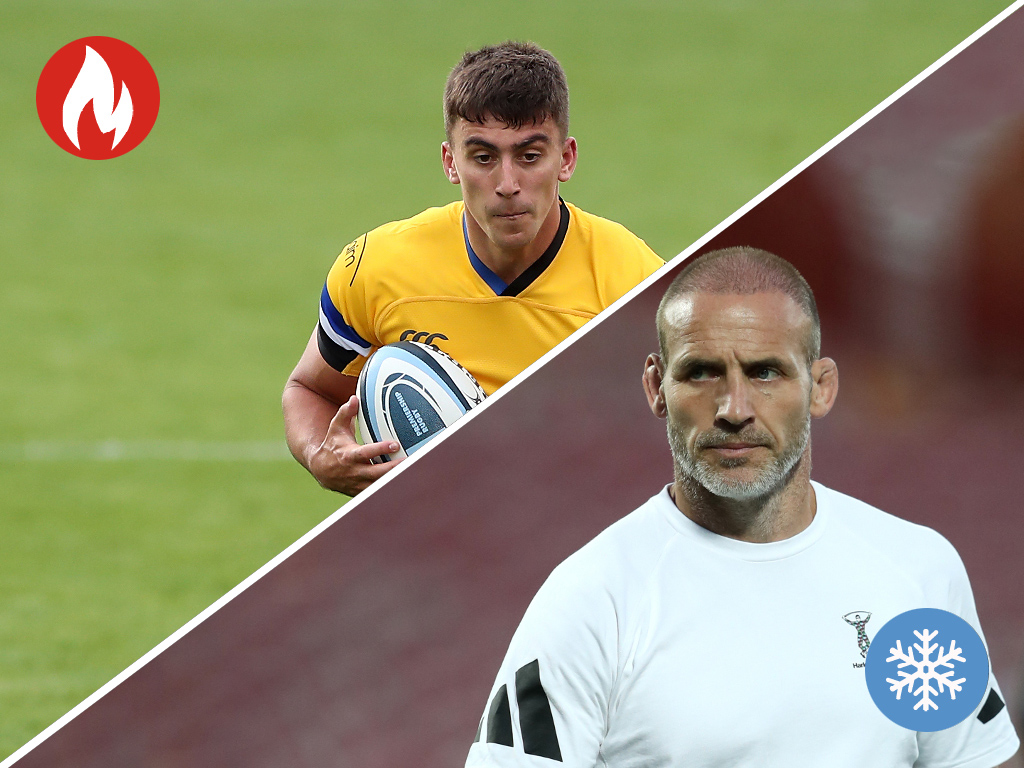 England newbies: Congratulations to Harry Randall and Paolo Odogwu, who are two of three uncapped players named in Eddie Jones’ squad for the Six Nations. Bath loosehead prop Beno Obano is the other but he knows the setup having featured in a number of wider training groups before. There is particular excitement over Randall and Odogwu following their impressive displays for Bristol Bears and Wasps respectively. The former has been a constant threat from scrum-half, with his sniping around the fringes and high tempo game a huge asset for Bristol, while the latter has searing pace and power, as shown by his stunning performance against Bath recently.

Scotland get one over the Auld Enemy: Ahead of their Six Nations opener on February 6, Scotland will feel they have taken a slight advantage after winning the race for the services of young centre Cameron Redpath. Son of former Scottish scrum-half Bryan, the 21-year-old has spent most of his life in England and starred for the Red Rose age-grade teams. He was even invited by Eddie Jones to train with the first team, but the former Sale Sharks academy graduate has now settled on playing for Scotland. Redpath is an outstanding talent and it won’t be a surprise should he become a key part of their squad almost immediately.

This is the stretch Limo standing by at the Cameron Redpath for Scotland office. I’m told they were waiting on a call from Murrayfield confirming the squad announcement before heading to pick him up. pic.twitter.com/9BK6305lga

Rob Baxter: It has been an exceptional decade for the Exeter Chiefs boss having taken his side from the Championship to the top of the English game, but the past year no doubt surpasses anything he achieved before 2020. Baxter guided Exeter to a double success after claiming the Premiership and Champions Cup title and was then awarded an OBE. That list of awards has now grown after he was handed the Rugby Union Writers’ Club personality of the year, fending off competition from Dan Leo, Alun Wyn Jones, Nigel Owens and Antoine Dupont. It is thoroughly deserved for Baxter, whose reputation continues to grow in the game.

Congratulations to @ExeterChiefs director of rugby Rob Baxter who has been named the Rugby Union Writers' Club personality of the year for 2020. Our members voted for him following a remarkable year where he guided Exeter to the @premrugby and @ChampionsCup double. pic.twitter.com/NZC8IVXJPO

Currie Cup finalists: And then there were two. After the semi-finals at the weekend, it’s the Bulls who will take on the Sharks at Loftus Versfeld in Pretoria this Saturday for bragging rights of the most prestigious prize in South African domestic rugby. Both sides were made to work hard in their semi-finals, with the Bulls clinching a home final courtesy of a 26-21 victory over the Lions in Pretoria and the Sharks upsetting the applecart when they claimed a 19-9 triumph against Western Province at Newlands in Cape Town. The Bulls last won the Currie Cup in 2009 while the Sharks lifted the coveted trophy as recently as 2018. This year’s final is a repeat of the 2008 one when the Bulls clinched a hard-fought 14-9 win at Kings Park in Durban.

Randox testing error: Bath would have every right to be angry after they closed their training ground due to receiving news of a Covid-19 outbreak. They were told that 19 players and/or staff had tested positive, forcing the club to take immediate action, but that, thankfully, proved to be a false alarm. Instead, there were only two positives in the whole of the league, meaning the West Country club can get back to work. However, it must be mightily frustrating having seen their preparation for Friday’s league encounter against Bristol be disrupted. Randox Health, the company hired by Premiership Rugby to deal with the testing, were the ones at fault for the error and it comes after Sale Sharks received a false negative back in October, which could have resulted in their mass outbreak. Not a great look and unsurprisingly the governing body have launched an investigation.

Incredible blunder by #Covid testers for #PremRugby – Randox – who forced the closure of #Bath's training ground, only to admit they'd messed it up and there were only TWO positives across the entire league.

Paul Gustard and Harlequins: After the fanfare which greeted the former England defence coach’s arrival, much was expected of Harlequins, but ultimately he failed to deliver the results expected. Inconsistency plagued Quins under Gustard and, despite the odd excellent display, it was a frustrating two-and-a-half years in charge. They finished in fifth position in 2019 and then sixth a year later, which aren’t, on the face of it, poor seasons, but when you consider they lost more games than they won in both campaigns, it gives those ‘achievements’ some context. A similar tale has been written in 2020/21, with Quins down in seventh following just two victories in six, and it is perhaps not surprising to see the two go their separate ways, even if the timing was a shock.

England coaching disruption: First of all, our thoughts are with Matt Proudfoot, who tested positive for coronavirus last week, albeit the prognosis sounded good with the defence coach not showing symptoms when the news broke. Due to being a close contact, boss Eddie Jones has been forced to self-isolate and, although the Australian shrugged off any concerns, it’s not exactly ideal preparation. All being well, they should be back to normal by the end of this week, but any setbacks would be problematic for England ahead of their Six Nations campaign.

With Eddie Jones, Simon Amor and Matt Proudfoot self isolating after Matt tested positive for Covid, firstly I hope everyone is ok but secondly if Eddie needs a couple of stunt cocks/leaders of men then myself and @jimhamilton4 are happy to oblige and lead the @EnglandRugby team!

Final match at Newlands: With Western Province and the Stormers moving to Cape Town Stadium, that semi-final between WP and the Sharks at Newlands was the last time a match was played at the venue. It is the oldest rugby stadium in South Africa as it hosted its first fixture way back in 1888. It was an emotional occasion and an anti-climax for the home side, who would have loved to have finished their stint at Newlands on the winning side but it wasn’t to be as the Sharks fully deserved their victory. Since Saturday, several players who represented WP, the Stormers and the Springboks at the venue have honoured the ground with moving posts on social media, but it was this tweet, from former WP and Stormers wing Cheslin Kolbe, that was a particularly fitting tribute to one of the game’s iconic venues.

Sad to say goodbye to Newlands Rugby Stadium. Fortunate to have played alongside my heroes and share such amazing memories out on the pitch.