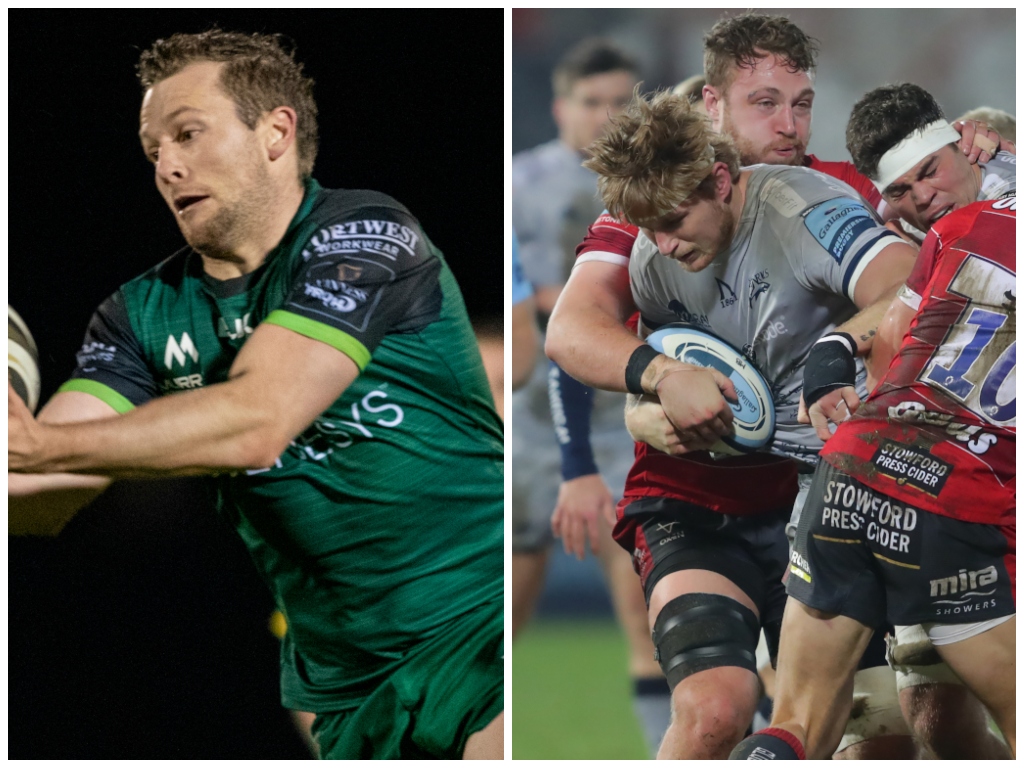 Connacht: Leinster’s winning streak in the PRO14 was finally ended on Saturday as Connacht gave hope to the rest of the competition by sealing a 35-24 victory at the RDS. Followers of Connacht might well have raised an eyebrow but won’t have been shocked about this away win as the Galway outfit can mix it with any team on their day, with this another warning shot to Europe. Jack Carty stole the headlines with his 25-point haul but all over the field players stood up, with their style effective but also pleasing on the eye.

Wasps: Lee Blackett’s troops made a statement of intent when they sealed a 34-5 triumph against Premiership champions Exeter Chiefs at the Ricoh Arena on Saturday. As the scoreline suggests, the home side were deserved winners as they dominated for long periods before outscoring their visitors by five tries to one. Despite finishing as runners-up in last season’s final, and impressing during the early rounds of the Champions Cup, Wasps haven’t set the Premiership alight this campaign and have already suffered defeats to Gloucester and Newcastle Falcons. They were highly motivated for the Exeter challenge, however, with captain and man of the match Joe Launchbury leading from the front with a barnstorming effort, while Lima Sopoaga also impressed with a 14-point haul courtesy of a try, three conversions and a penalty.

Duncan Weir: Congratulations to the Worcester Warriors and Scotland fly-half after his charity drive to grow his hair from lockdown until 2021 finally ended over the weekend. He raised almost £16,000 in a remarkable effort for Acorn’s Children’s Hospice, a charity that provides babies, children and young people aged 0-18 years who have life limiting or life threatening conditions and associated complex needs with a network of specialist palliative nursing care and support. Well done to Duncan, who certainly looks a different man following his hair-cut.

Before, middle, end. Thanks for the support and kind donations!! @AcornsHospice pic.twitter.com/VtwEn4YbE8

Rob Baxter and Joe Simmonds: Despite that defeat to Wasps, it was still a memorable week for the Exeter Chiefs director of rugby and captain after receiving an OBE and MBE respectively in the Queen’s New Year’s Honours List. Although both admitted to being surprised by their gongs, they fully deserved their accolades after playing leading roles in helping their team win the Premiership and Champions Cup titles. Baxter’s part in the Exeter’s success should not be underestimated as he was at the helm when they gained promotion to the top flight in 2010 while Simmonds is also a worthy recipient of his accolade as his on-field leadership was superb throughout the 2019/20 campaign.

🗣️ "I was sat there with my wife, both of us in a slightly bemused state. My family are delighted. There’s a bit of surprise." #GallagherPrem

Ulster: Dan McFarland’s troops were made to work very hard but they got the job done courtesy of a 15-10 victory over Munster at the Kingspan Stadium on Saturday. That result means the Ulstermen are the only unbeaten team left in the PRO14 – with 10 consecutive wins – and their triumph also consolidates their position at the top of Conference A, 10 points ahead of Leinster, who they face at the RDS Arena on Friday. Ulster’s win is also significant as it handed Munster, who are the Conference B pacesetters, their first defeat in the competition.

Two first-half scores were enough to help them past @MunsterRugby in a tense encounter ⚔️ #GuinnessPRO14 highlights ⤵️ pic.twitter.com/NG9Unyn4pe

Doubts over 2021 Lions tour: With the coronavirus pandemic wreaking havoc around the world and showing no sign of abating, there are genuine fears that the famous touring team’s visit to South Africa could soon be cancelled. British & Irish Lions managing director Ben Calveley confirmed that talks have begun over the viability of the highly anticipated tour and added a decision will be made some time in February. A tour by the famous team is one of the highlights of the game and cancelling it will be a big disappointment to rugby supporters throughout the world. But despite that, we understand the seriousness of the situation and it will be pointless to go ahead with the tour if the virus is still around later in the year. Playing these games behind closed doors would be unthinkable, as is a lack of fan rivalry on the tour.

🗣️ "To date, the Lions board has had repeated meetings to discuss all scenarios available and is in constant dialogue."

Officiating in Gloucester v Sale Sharks: There were some major moments missed by the officials in the Kingsholm clash on Saturday, with the glaring one being an unnecessary and dangerous tackle from Daniel du Preez on Gloucester centre Chris Harris. With the Scotland international already close to the ground after being felled, Du Preez flew in with a shoulder and made contact with the back of Harris’ head, which later led to the centre going off for a HIA following television replays. Our question is why wasn’t the offence also flagged? Gloucester supporters will also feel aggrieved that Billy Twelvetrees was penalised for his reaction to a water carrier’s offence and there’s now also been a claim of an alleged headbutt from Sale Sharks wing Marland Yarde on the ground in the ensuing mass brawl that spilled over the sidelines.

Honestly, but even is the point anymore? pic.twitter.com/xwbabtY9NQ

Trouble at Montpellier: A first home defeat to an understrength Toulouse side since 2015 was the final straw for the powers that be at Montpol as head coach Xavier Garbajosa was sacked. Philippe Saint-André takes his place, working alongside Jean-Baptiste Ellisalde and Olivier Azam, but it’s a perilous situation the club finds itself in as they currently sit in 13th position in the Top 14 after just three wins in 10.

Extended spell out for Alfie Barbeary: This player with so much promise will unfortunately be out for up to 12 weeks after his meeting with a specialist confirmed he requires surgery on an ankle injury. That rules him out of any possible involvement in the Six Nations – those appearances will surely come further down the line – as his rapid rise up the ranks has taken a setback. We’ve no doubt this bright prospect will come back stronger when he returns but it’s just a real shame for Wasps, England and the game as a whole that he’s set for a spell out.

“He is going under on Monday. From the scans, when they go inside that'll deem how long he is out for, but it could honestly range between anything from six to 12 weeks. We will know more Monday." @WaspsRugby Lee Blackett on Alfie Barbeary

Racial abuse of Ashton Hewitt: Dragons best summed up a tweet that Hewitt received with a statement that read they were “disgusted and appalled at an abhorrent racist post”. Hewitt, a vocal supporter of the Black Lives Matter movement, posted a screenshot of an account that seemed to be making racist remarks about him. Local police in Gwent are investigating, saying that they take “any allegation of racism and discrimination extremely seriously”, and we hope the perpetrator is found and made to answer for such a sickening post to the player.