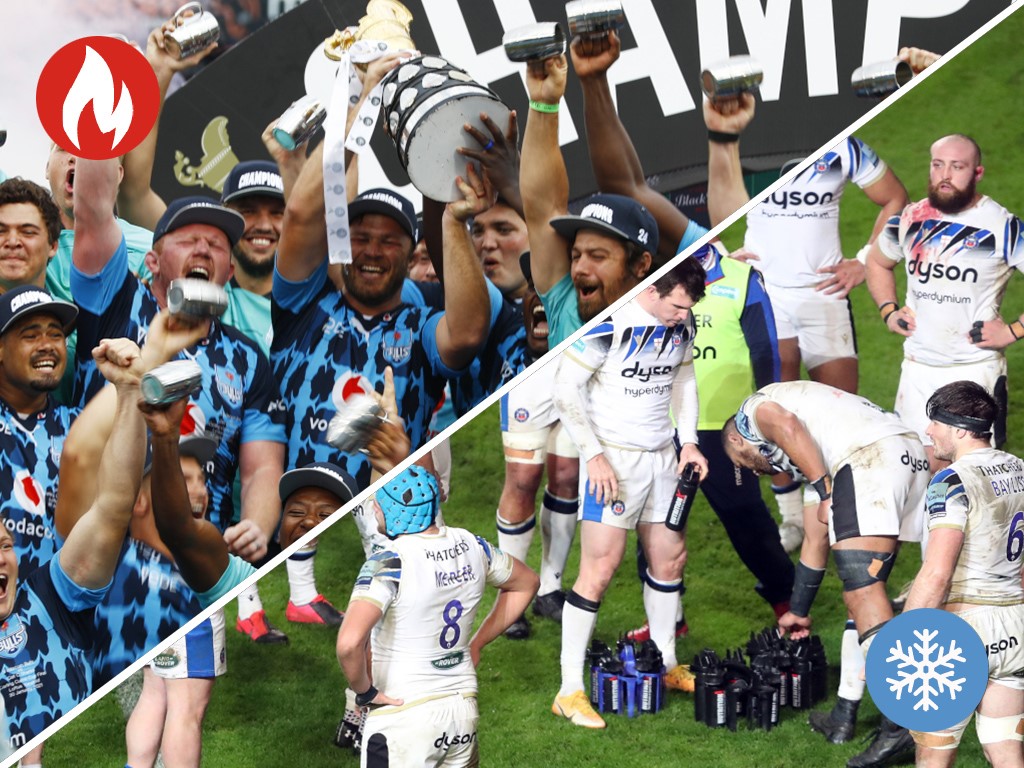 Wasps’ virtual signing: This was a wonderful gesture from the Premiership club as they announced the virtual signing of young cancer survivor Alexander Goodwin. Goodwin is now in remission from a very rare form of bone and soft tissue cancer in his leg and hip. He was included in the matchday squad for Wasps’ Premiership match with Harlequins on Sunday, as their 24th man and, using Vodafone’s body worn camera technology, he arrived with the team and was part of the warm-up, then got to watch the game. Well done, Wasps, we loved this.

✍️ We are delighted to announce the signing of 13-year-old cancer survivor Alexander Goodwin (@alexs_journey) as our first ever ‘virtual’ player!

Andy Friend’s new deal: Connacht received a boost last week after their impressive head coach agreed a contract extension with the Galway-based outfit. Friend joined the Irish province following the rather disappointing reign of Kieran Keane, who presided over a sixth place finish in Conference A. Since the Australian has taken charge, they have impressed, finishing in a play-off position in his first season. They are also playing the type of rugby the supporters were privileged to watch under Pat Lam, which bodes well for the next two years.

Honoured & delighted to be extending our time at @connachtrugby for another 2 years. I truly believe that we are building something special, & Kerri and I are keen to see it bear the fruits of everyone’s hard work & belief. Thanks for the opportunity Connacht 🙏 #StrongerInGreen https://t.co/0ThEe3890u

Bristol Bears: They are the most exciting team to watch in the Premiership by a west country mile at the moment and Friday’s dominant 48-3 victory over local rivals Bath was another example of their qualities as a team. The Bears racked up an eye-watering 793 metres with ball in hand at Ashton Gate as they tore into Bath, who had no answer to the speed of thought, skills, power and quality on show from their hosts. If Bristol can keep up this kind of form for the rest of the season then surely silverware is coming. Final against Exeter, anyone?

How vital will this man be for their title hopes?

A good week for Ulster: Not content with their outstanding start to the PRO14 season, which has seen them emerge victorious in 10 of their 11 matches so far, the Belfast-based outfit have agreed contract extensions with a number of their top players. Included in the list was Craig Gilroy, Sam Carter, Ian Madigan, Rob Herring and Luke Marshall, while they also made a major signing by bringing in Fijian star Leone Nakarawa. Under the guidance of Dan McFarland they’ve improved greatly and now Ulster can look to the future with even more positivity.

Bulls: Jake’s White’s troops were made to work very hard in the Currie Cup final against the Sharks but they eventually got the job done courtesy of a 26-19 extra-time triumph at Loftus Versfeld to win the biggest prize in South African rugby for the first time since 2009. The match was evenly poised for long periods with the sides deadlocked at 19-19 at full-time before Arno Botha scored the match-winning try in the closing stages of extra-time. Botha’s introduction in the second half swung things in the Bulls’ favour – as they were trailing by 10 points midway through the half – and he did not take long to make an impact by scoring the first of two two tries in the 64th minute to lift his side.

Rugby Australia’s Lions proposal: It would be a travesty should fans be unable to watch the British and Irish Lions tour at the stadiums, while it would be even worse if the whole thing is cancelled, which means Rugby Australia’s idea of hosting it Down Under is not at all far-fetched. Nor is it a bad idea – it would certainly be better than the Lions having a ‘home’ series – and as a result we wouldn’t necessarily be averse to it. Of course, the coronavirus situation is a fluid one – there is no certainty that Australia would still be free of it in a few months time – but, providing all is well on the health front, it is a much better scenario than the other contingency plans. It is not perfect and we understand those that would object, but we don’t want it cancelled altogether do we?

West Country duo: It had already been a pretty awful season for Bath and Gloucester prior to this weekend’s games, but it somehow managed to get worse as both succumbed to disappointing defeats. For the Rec-based outfit, it was a particularly dismal evening on Friday as they were thrashed by Bristol Bears 48-3, despite fielding a talented side, while the Cherry and Whites succumbed to fellow strugglers Northampton Saints a day later. Stuart Hooper is under huge pressure at Bath, with supporters already calling for him to go, and the Gloucester boss George Skivington might be looking over his shoulder soon as well. Although Skivington is in a slightly different situation in that he is trying to rebuild the squad, Cherry and Whites fans demand far better.

Director of Rugby, Stuart Hooper spoke to us following the defeat to our West Country rivals. #BRIvBAT | @BathRugby pic.twitter.com/KJLDagHZUJ

Montpellier and Philippe Saint-Andre: The former France boss is in the odd situation having not won a game as a head coach since the 2015 World Cup after presiding over yet another defeat. Okay, he’s only been in charge of five matches in his first coaching job since leaving Les Bleus but Saint-Andre’s appointment has not yielded the change the club expected. They are currently in the bottom two of the Top 14 having claimed just three victories in 15 games. The biggest loss over the past few games has been by five points, which shows that they are not necessarily far away, but Xavier Garbajosa’s departure has not led to the desired change in their fortunes.

When your confidence is shot, you just find ways to lose

Week after week Montpellier are throwing away leads at the death

Philippe Saint-Andre still without a win since France’s pool victory over Canada at 2015 RWC https://t.co/g3itJnGfSI

James Parsons retirement: It was a sad day for the Blues as their long-serving hooker and former All Black James Parsons was forced to hang up his boots on medical advice, after a lengthy spell on the sidelines with a head injury. The 34-year-old’s contribution to the Auckland-based outfit should not be underestimated as he’s been a real stalwart since making his Super Rugby debut way back in 2012. He finishes his career as the fourth highest capped Blues player (115 games) behind All Black legends Keven Mealaumu, Jerome Kaino and Tony Woodcock.

Thank you Rugby. I’ve played my last act as a player but certainly not my last act in this beautiful game. pic.twitter.com/4z0NPf2xkx

Leicester double blow: It has not been a great few years for one of England’s greatest clubs and it is perhaps a sign of the times that two top players have decided to jump ship. It was announced by the Tigers last week that Argentina lock Tomas Lavanini will leave the club to join Clermont at the end of the season, while Jordan Taufua has signed for Lyon as a medical joker. There was no official confirmation from Tigers for the latter, although there was a slightly odd birthday tweet after he’d departed, which suggests they’re not happy with the situation. And to make matters worse, they threw away a promising position to lose 25-15 to Sale Sharks in the Premiership on Friday.

Colomiers: What a galling way to lose a match. They weren’t the only team to fall to defeat in the final stages – both Benetton and Clermont Auvergne succumbed to late scores – but this was by far the most bizarre. Unlike the other two teams, whose destiny was ultimately determined by the brilliance of Munster and Bordeaux-Begles, Colomiers had the win in their grasp. At 16-15 up against Biarritz and the opponents seemingly going nowhere, the situation was under control, but a cross-field led to absolute chaos. They had three chances to clear but somehow messed it up and allowed the visitors to score and claim a 20-16 win.

😲 The most incredible ending to a game you will ever see! #PROD2

With the clock in the red, carnage ensues before Biarritz score a remarkable match-winning try!pic.twitter.com/tWN3DRSYSH