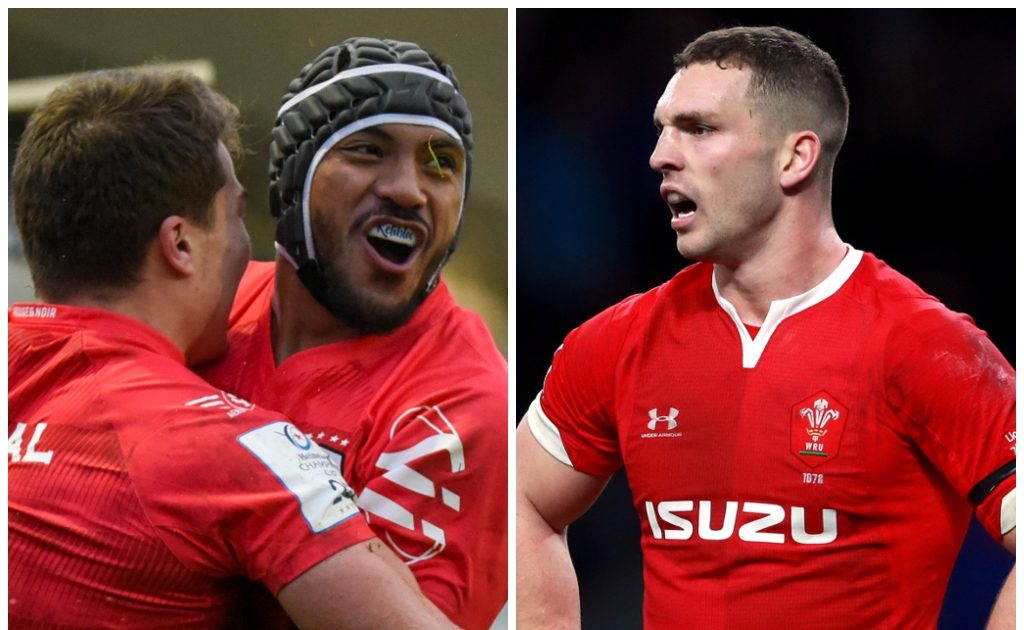 Champions Cup finalists: Congratulations to Toulouse and La Rochelle after their respective victories over Bordeaux-Begles and Leinster booked their place in the final on May 22. Sitting first and second in the Top 14, the pair are having quite the season as their semi-final wins kept them on course for a domestic and European double. Toulouse found it hard to shake of UBB on Saturday but their class showed in the end and they were deserved winners, while La Rochelle were superb in the second half against Leinster and look the real deal at the minute.

La Rochelle’s game-plan has been superb.

They’re as good at the ugly stuff as the ‘KBA’ philosophy. Real edge to them.

Rugby standing united: The world of sport began its social media boycott to challenge online abuse on Friday at 3pm BST and it will continue until 23:59 on Monday evening. With football clubs having led the way, it was pleasing to see rugby follow suit as Premiership Rugby, its clubs, BT Sport, the Rugby Football Union and more stood in solidarity against the hate posted on platforms. BT Sport pundits Ugo Monye and Austin Healey spoke wonderfully in the below video and we’re proud to have joined the silence over the weekend and hope platforms like Twitter, Instagram and Facebook now act to stamp out the ugly side of social media. No one should face these online attacks.

Crusaders signing: Although he hit the headlines for the wrong reasons at the end of last year, there is little doubt that Argentina captain Pablo Matera signing for the Super Rugby Aotearoa champions is a good piece of business from the Christchurch-based franchise. Despite having loose forwards like Cullen Grace, Whetu Douglas, Tom Sanders, Sione Havili Talitui, Ethan Blackadder and Tom Christie, recruiting Matera should bolster the Crusaders’ back-row stocks as he’s one of the game’s best in his position and will also bring X-factor to their ranks.

🗣️ "He’s a skilful and tenacious player with genuine leadership skills, who has impressed with his physicality and work ethic." #SuperRugbyAotearoa

🇦🇷 Argentina captain Pablo Matera on his way to the Crusaders in 2022. 👇https://t.co/5jueMHnqaZ

Pita Ahki: We are huge fans of the Toulouse centre and once again on Saturday he showed just what a fantastic player he is, picking up the player of the match award against Bordeaux-Begles. With a step to rival Cheslin Kolbe (almost), Ahki combines fleet footedness with power, skills and a tactical brain and he was once again flawless for the impressive French giants. The former Blues back has turned out to be some signing from Connacht and Toulouse know just how valuable he is, with a brilliant tackle that foiled UBB one of many moments to stand out.

Hurricanes: Jason Holland’s troops’ fate was sealed as Super Rugby Aotearoa’s bottom-placed club ahead of their final match against the Highlanders, but they delivered arguably their best performance of the season when they won 41-22 in Wellington on Friday. The home side made a slow start and were trailing 17-15 at half-time but a brilliant attacking display in the second period paved the way to victory and they eventually outscored the Highlanders five tries to three. The result sets them up nicely ahead of their Super Rugby Trans-Tasman campaign.

Leicester’s comeback: There wasn’t just Champions Cup knockout games taking place over the weekend but Challenge Cup too and it will be Tigers against Montpellier in the final on May 21, this after they beat Ulster and Bath respectively. It had looked like Leicester were going to be dumped out of the competition after trailing 17-6 at half-time, but a second-half resurgence led by George Ford saw them run out 33-24 winners at Welford Road. Things seem to be progressing for Tigers under Steve Borthwick and some silverware would cap the season nicely.

Sometimes too simplistic to pick a single moment from a game, but the loss of Cooney seemed to shake the whole Ulster team in that 20 minute period after half-time.

Leicester and George Ford ruthless in pressing home the advantage.#LEIvULS

George North injury: After an excellent Six Nations campaign for Wales, the 29-year-old seemed a certainty to be included in British & Irish Lions coach Warren Gatland’s squad for their upcoming tour to South Africa. North made a name for himself as one of the world’s best wings but has recently caught the eye with several impressive performances at outside centre at Test level and his utility value would have been pretty useful against the Springboks. It wasn’t to be, however, as North ruptured ACL during the Ospreys’ PRO14 Rainbow Cup success over Cardiff Blues and is set for a lengthy spell on the sidelines. It’s such a cruel blow for the Welshman and we wish him well in his recovery.

Sport can be cruel. We all know the risks when we take the field. Unfortunately I ruptured my ACL on Saturday and will need surgery next week. Heartbroken is an understatement. 💔 pic.twitter.com/icNDEmYmHE

Floodlight fiasco: England Women’s match against France in Lille was abandoned after 62 minutes due to a floodlight failure on Friday night. France were looking to exact revenge over England following their Six Nations loss last week and this game was set for a grandstand finish after a brace of tries from England’s Abby Dow had helped the visitors establish a 17-15 advantage before the contest was plunged into darkness. Following a break of around 20 minutes, the referee made the decision to call the game off, with England set to be awarded victory due to more than 60 minutes having been played. What a hugely frustrating moment for all involved, especially with the game in the balance.

End of the game at 62 minutes in an International rugby match…. because of floodlight failure….

Talk to me about this…..#FRAvENG

Tommy Seymour retirement: The 32-year-old’s decision to call time on his career with immediate effect was not entirely surprising as he has been struggling with injury and concussion issues during the 2020/21 campaign. Seymour’s career was a glittering one as he was a prolific try-scorer for Glasgow Warriors and Scotland and he finished his Test tenure after the 2019 Rugby World Cup with 20 tries to his name from 55 appearances. The 32-year-old also impressed during the 2017 British and Irish Lions tour to New Zealand when he ended as the tourists’ top try-scorer although he did not play in a Test on that trip. A massively underrated wing who we wish well in his retirement.

Stormers discipline: The Cape Town-based outfit made an excellent start in their PRO14 Rainbow Cup opener against the Sharks and were leading 17-0 after 12 minutes. Shortly afterwards, Seabelo Senatla was red carded for a dangerous challenge on an airborne Aphelele Fassi, with the Sharks player hitting the deck on his neck before getting up groggily after receiving medical attention. Just two minutes later, John Dobson’s troops were reduced to 13 men when Willie Engelbrecht was sent to the sin-bin for a head high tackle on Ruben van Heerden and Engelbrecht was eventually red carded after a similar offence on Curwin Bosch early in the second half. With red carded players being replaced after 20 minutes under the Rainbow Cup’s new law variations, the Stormers did well to stay in the game before eventually going down 33-30 but things could’ve been very different if they’d a full complement of players on the field for the entire game. Work to be done.

Bloody Hell Senatla. Instant RED for Stormers @PremierSportsTV but under trial law they will be back to XV in 20 minutes.

Bath’s set-piece: The Rec outfit will be kicking themselves after they came out on the losing side against Montpellier on Saturday. Stuart Hooper has since lamented his side’s woes at the lineout especially, where they lost eight on their own throw on what was a dire evening for their set-piece. Against a Montpellier outfit that at the close of the weekend sits in 12th position in the Top 14, Bath know this was a golden opportunity to reach a European final that they have blown, with their lineout having been dismantled and mistakes costing them victory.

Bath very disappointing there. Serious problems in the lineout yet they keep doing the same thing, battering the tryline doesn’t work ? Try it again and again. It’s the very definition of madness !! #Batvmon

Dave Wessels: After a poor Super Rugby AU campaign, in which they won just three out of eight matches, and failed to reach the play-offs after finishing in fourth place, the Melbourne Rebels’ head coach resigned from his position on Friday. Wessels took over the coaching reins in 2018 and had good results from that time to 2020 as he led them to a 63 per cent win rate in the Australian Conference during the 15-team Super Rugby competition. He also did well to guide them to a play-off place in last year’s inaugural Super Rugby AU, but things went pear-shaped this year when they failed to reach the heights of previous seasons. Wessels’ services won’t be entirely lost to the Rebels as he will see out the rest of his contract working closely with CEO, Baden Stephenson, in a transitional role across all elements of their rugby programme.

A message from Dave Wessels for our members, partners and supporters pic.twitter.com/EIEQJbpt4T