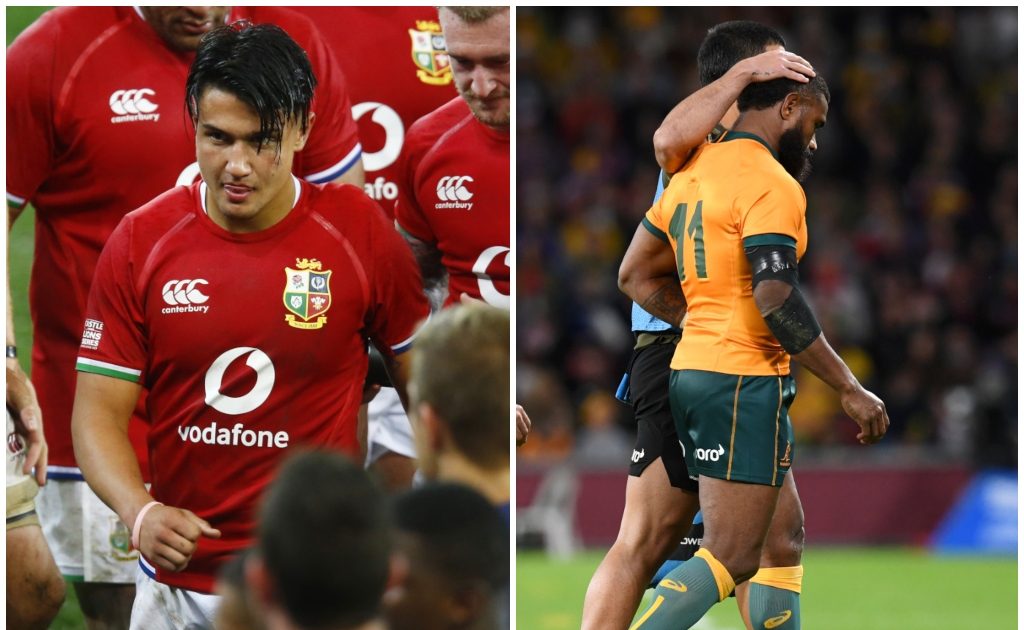 Marcus Smith: It was quite the British & Irish Lions debut from the young fly-half as he grew into the game as it wore on in Cape Town. Smith finished with 14 points off the kicking tee but it was his game management, flair and maturity in the 10 position that made everyone note that this is a special talent. Luke Cowan-Dickie, Adam Beard and Tadhg Beirne also impressed but for us Smith was the star man and could well have forced his way into Lions head coach Warren Gatland’s matchday 23 thinking for the upcoming Test series against South Africa.

Australia and France: These two contributed to one of the best series you will see. Although the Wallabies went away with a narrow 2-1 triumph, France more than played their part and there was very little in it throughout. The biggest margin of victory was three points – the hosts’ 33-30 success in the third Test – but ultimately the more experienced Australians generally edged the tighter moments to ease the pressure on Dave Rennie. Taniela Tupou was the difference between the teams and continues his development into one of the world’s best.

🇫🇷 WHAT A TRY! 🔥 #AUSvFRApic.twitter.com/UD6AwTbIaN

Johan Goosen and Bulls: It may have been a much weaker South Africa ‘A’ side to the one that overcame the British and Irish Lions on Wednesday, but this was still a hugely surprising result. Jacques Nienaber’s men were in control for the first hour, despite the error-strewn encounter, and they held a 14-0 lead going into the final 15 minutes. However, they didn’t seem to account for the brilliance of Goosen. The fly-half is a gifted playmaker – earning 13 caps between 2012 and 2016 – that has suffered with injuries over the years, but he showed his quality on Saturday. He effectively set up both tries with superb touches and left the Springboks with much to ponder ahead of the first Test.

Samisoni Taukei’aho: It’s been quite the few weeks for the Chiefs hooker. Taukei’aho wasn’t even named in the initial New Zealand squad for the July series but, after Asafo Aumua pulled out through injury, the 23-year-old was called up as his replacement. Dane Coles then went down prior to the Fiji match, meaning that Codie Taylor started and the Tongan-born front-rower was promoted to the bench. He duly came on in the second half and had a dream All Blacks debut by touching down twice in the 60-13 triumph. It looks as though he is set for a big future.

Marika Koroibete and Anthony Jelonch: We personally do not think it was a red card as we felt the France captain dipped into the tackle, which means it should have been mitigated down to a yellow, but Koroibete was always running the risk by tackling like that. It duly left Australia without their star wing for 75 minutes but, fortunately for the former Rebels player, his team-mates showed impressive resolve to win the series. Equally, we were disappointed by the actions of number eight Jelonch, who unfortunately looked to make the most of the incident by clutching his head several seconds after the contact. It was a football-like action and wasn’t great to see. It is certainly something which has become far more prevalent in recent years, especially in France, and needs to be stamped out before it becomes more widespread.

🟥 Huge moment early on as Marika Koroibete is sent off for this. Thoughts? #AUSvFRApic.twitter.com/qMhCbU2z2v

Wales: Despite head coach Wayne Pivac insisting there were positives to come from Wales’ summer internationals, their series loss to the Pumas ended in disappointing fashion on Saturday as they were well beaten by Argentina. Whilst the heat must have been incredibly tough to play in, it was the same for both teams and the errors made for a hard watch for Welsh fans. Pivac was pleased to see so many players get experience of Test rugby but it feels like few have really grabbed their opportunity in red as a strong Argentina won comfortably in the end.

“Two knock-ons, first by Wales” is the soundtrack to this game #WALvARG

Georgia’s head coach in hospital: Some concerning news here after it was confirmed that Levan Maisashvili is in hospital with “serious lung damage” from Covid-19. Maisashvili tested positive during the side’s tour of South Africa and has since been place on a ventilator and moved to one of South Africa’s top-level clinics for further treatment. We wish him nothing but the best and hope he makes a full recovery.

Georgian Head Coach Levan Maisashvili is currently on a ventilator in South Africa.

Not good news and really hope he pulls through.

Provincial opponents for Lions: There has been plenty of talk about whether the tourists have been that good or if the standard of sides facing them are just not up to scratch. We lean slightly towards the latter as the Sigma Lions, Sharks and Stormers are clearly not the teams of years gone by. Unfortunately, lots of talent in South Africa now play their rugby overseas so this, combined with preparation difficulties due to Covid-19, have led to blow-outs for the Lions. In those four games they’ve scored 34 tries but thankfully for the Lions at least they got a taste of Springbok quality when they met South Africa ‘A’. Going into the series without that would’ve been costly to their hopes of success.