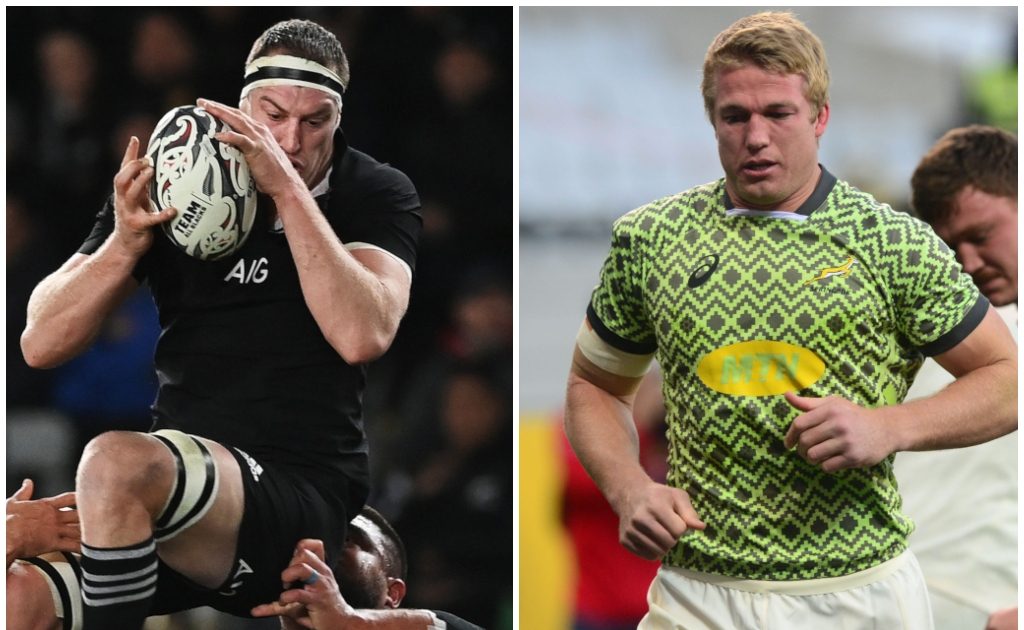 New Zealand: The men in black delivered an excellent all-round display as they cruised to a 57-22 victory over the Wallabies in the Rugby Championship opener at Eden Park on Saturday. Ian Foster’s charges were in a rampant mood as they ran in eight tries against their trans-Tasman rivals and the result means that the All Blacks have now won the Bledisloe Cup for the 19th successive year. Although it was a good team effort, players like Aaron Smith, Brodie Retallick, Codie Taylor and the Ioane brothers all came to the fore with superb individual performances while Damian McKenzie’s monster penalty goal is set to live on long in All Blacks’ supporters’ memories.

Richard Cockerill’s new job: It looks like the hot-headed former Leicester Tigers and Edinburgh head coach is set to join the coaching staff at England. No doubt the team will benefit from Cockerill’s technical expertise and, alongside the similarly abrasive Eddie Jones, there will be no let up in intensity in training. He is an excellent operator, who did well at those aforementioned clubs, and will certainly have an impact in the short-term at least. The only question is how his relationship with Jones will play out. There has been a huge turnover of staff at Twickenham and, as David Flatman says, it is difficult to see Cockerill putting up with some of the Australian’s…erm, unique methods.

Hard to imagine Cockers putting up with being hounded and harried by relentless midnight text messages and brutal phone calls. How long can he remain a dutiful beta before leaving (like everyone else) or chinning someone? https://t.co/CMFzc3B94z

South Africa: Much has been said and written about how the Springboks’ style is boring and is killing the entertainment side of the sport. However, it is difficult to argue that it’s not getting them results and once again on Saturday their steely defence tormented a side, with the Pumas failing to cross the whitewash in their 32-12 defeat in Port Elizabeth. A much-changed South Africa chipped away at the scoreboard via Elton Jantjies’ boot as they built a healthy lead and quickly put any talk of a potential banana skin to rest. Winning is becoming a habit.

Once again the Springbok defence did not concede a single try tonight. Of course that bores the shit out of everyone who doesn't support them.

Waikato’s incredible comeback: After an awful first half, where the hosts found themselves 34-8 down to Wellington, they produced an outstanding response to win a stunning game 43-37 in the NPC. The capital-based outfit were superb in the first half, scoring five tries in 21 minutes to seemingly secure the win, but Waikato had other ideas and somehow turned it around. Jack Lam sent them on their way before tries from Ollie Norris, Cortez Ratima and Liam Messam moved them to within one point. And then with just seven minutes remaining, Liam Coombes-Fabling scythed through to complete an incredible triumph.

Southern hemisphere’s persistence with 20-minute red cards: It’s been a bone of contention for some time on this page and it still frustrates us that the powers in, well, primarily Australia and New Zealand still think this is a good thing. The laws around dangerous tackles have been put in place for a reason, which is to prevent head injuries, and both the short and long-term affects of that. It’s therefore up to the teams and individuals to adapt, rather than effectively putting in place a loophole which will negate the impact of a sending off. There will be poor calls from referees and officials – such as the Marika Koroibete/Anthony Jelonch incident – but that is the nature of sport. Please don’t compromise player safety by diminishing a reckless or dangerous act from a player, just because there might be the odd bad refereeing call.

🗣️ "The decision comes after wide-ranging discussions surrounding a crack-down on high tackles and foul-play to ensure player safety."

🏉 Various law trials set to be introduced in #RugbyChampionship. https://t.co/jHVWdgUUla

Pieter-Steph du Toit injury: It looks like the Springbok is set for another lengthy stint out after he had surgery on an injured shoulder last week. The 28-year-old sustained his injury following a tackle from British & Irish Lions wing Duhan van der Merwe during the triumph in the second Test over the touring team in Cape Town. Bok coach Jacques Nienaber said he is unsure when Du Toit will play again but it’s unlikely he’ll return to action in 2021. This setback is the latest in a long list of injuries for Du Toit, who has already had a cracked sternum, had surgery on both his ankles and knees, and also suffered from acute compartment syndrome, which nearly cost him his left leg in 2020.

🗣️ “I’m not 100% sure (if he will be able to play again this year). I would be lying if I put a time frame to the length of rehabilitation required.”

End of an era for Ash Dixon and Highlanders: The veteran hooker and Highlanders co-captain has announced that he will be leaving the Dunedin-based franchise to further his career in Japan for the next two years. Dixon is an one of the unsung heroes of New Zealand rugby and is unlucky not to have represented the All Blacks after impressing for the Highlanders and Maori All Blacks in recent years. He won the Super Rugby title in his first year with the Highlanders in 2015 – after joining them from the Hurricanes – and made his 100th appearance for them in this year’s Super Rugby Trans-Tasman final defeat to the Blues. We wish him well in his new surroundings.

🗣️ "Ash will be remembered as one of the great Highlander’s men; his contribution to the club both on and off the field has been immense."

Levan Maisashvili still in intensive care: It was revealed in July that Georgia’s head coach had contracted Covid-19 in South Africa and was placed in intensive care. Almost four weeks has passed since that terrible news was revealed and we were desperately hoping that the next update would be much more positive. Unfortunately, that is not the case and Maisashvili remains in a serious condition. Our hearts go out to the head coach, as well as his family, close friends and rugby colleagues, for whom it’s been an awful month. Get well soon Levan!

Wearing my ⁦@GeorgianRugby⁩ face mask today in honour of my friend and ⁦@GeorgianRugby⁩ head coach Levan Maisashvili who is ventilated in South Africa with Covid #lelos pic.twitter.com/SmmCpe9IgT

Toutai Kefu’s stabbing: From one head coach who is fighting for his life to another one. Tonga head coach and former Wallaby back-row Kefu was one of four members of his family rushed to hospital during the early hours of Monday morning after several youths allegedly broke into his house in Brisbane. A brawl erupted and the 47-year-old underwent surgery for serious wounds to his abdomen. According to a Queensland Police statement, two arrests have been and hopefully the perpetrators will be brought to book. But most of all, we wish Kefu and his family members injured in the attack a speedy recovery.

#BREAKING: Former Wallabies player Toutai Kefu is fighting for life after allegedly being stabbed in his Brisbane home. #9News pic.twitter.com/X3z74PV0WZ