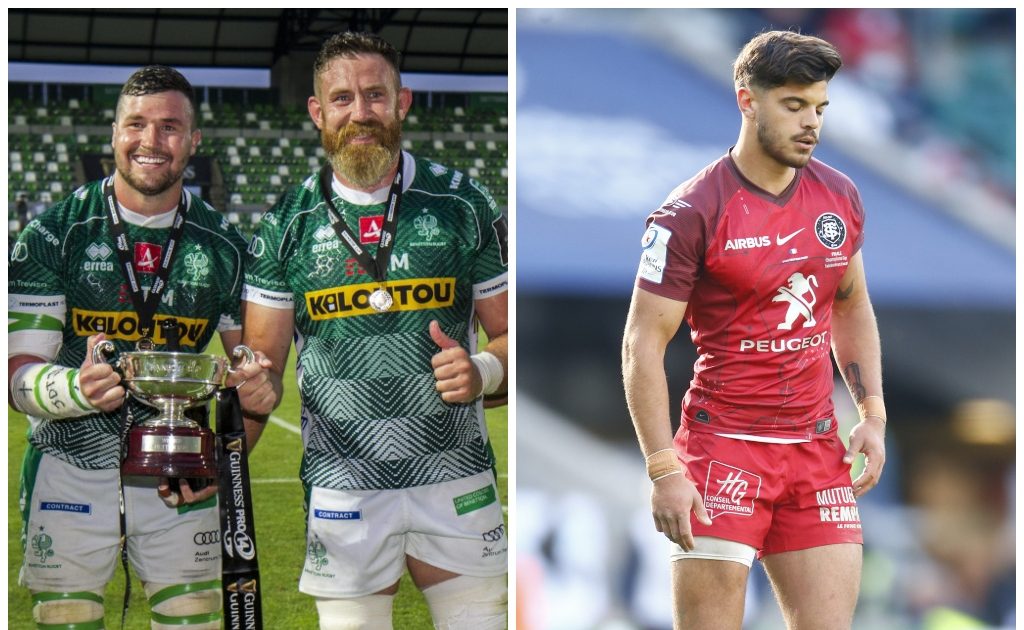 An incredible game at Ashton Gate: Those 100-plus minutes on Saturday were something special, that’s for sure. How Harlequins got themselves into the Premiership final after being 28-0 down with half-time closing in only they will know. Yes, they have had previous of fighting back late on this campaign but this was on a completely different level as Bristol Bears were left shell-shocked by Quins’ never-say-die attitude. To a man the visitors were outstanding as their fitness and skill sets came to the fore. The game of the season, hands down.

Benetton’s revival complete: Hands up who picked Benetton as the PRO14 Rainbow Cup champions at the beginning of this truncated season? If there’s any still up we don’t believe you. After finishing the regular PRO14 campaign with no wins from 16 games, few expected a decent offering from the Italian outfit. However, they beat Glasgow Warriors, Connacht and Zebre (twice) before facing the Bulls in the final where they saved their best form until last, dominating the South African side in their 35-8 win. What a turnaround and boost for the squad.

Blues: The men from Auckland finished Super Rugby Trans-Tasman in excellent fashion when they claimed a 23-15 victory over the Highlanders in a thrilling final at Eden Park on Saturday. The Highlanders put up a gallant fight as it looked like they would take the title when they fought back to grab the lead late in the second period, but a Blake Gibson try in the game’s dying moments sealed a deserved triumph for Leon MacDonald’s men. The title ends nearly two decades of misery for the Blues, who last won a Super Rugby title in 2003.

Olympic qualifiers: Congratulations to Ireland, France and Russia who have qualified for the upcoming Tokyo Olympics. The Irish made history in the men’s tournament by defeating France 28-19, continuing their remarkable rise since the team’s rebirth in 2014. It was better news for the French in the women’s competition, however, as they thrashed Hong Kong 51-0 to make the delayed 2020 games. They were joined by Russia, who were equally dominant in overcoming Kazakhstan 38-0 in Monaco on Sunday. Well done to all as they now head to Japan no doubt dreaming of claiming a precious Olympic medal.

Sam Simmonds: Yet another Hot appearance. We ran out of superlatives for the Exeter number eight a long time ago but his outstanding season got even better when he was named as Premiership Rugby’s player of the 2020/21 campaign. Winning that coveted gong was hardly a surprise as the 26-year-old has been in sublime form since the start of the season. Simmonds’ excellent performances has seen him break the Premiership’s try-scoring record for a single season, and he was rewarded with a call-up to the British & Irish Lions squad for their upcoming tour to South Africa, while he also became the first player to ever win two Premiership Player of the Month awards in one season recently.

"Oh what, these?"@samsimmonds_ with all his #GallagherPrem awards this season:

The tackle that injured Romain Ntamack: There was a horrible moment in the Toulouse v Bordeaux-Begles clash on Saturday when UBB centre Ulupano Seuteni got so much wrong with his attempted tackle on the France fly-half. Ntamack was caught flush on his face as Seuteni was red carded and the Toulouse star stretchered off. The positive news was seeing Ntamack give the thumbs up as he left. However, there’s surely no way he will feature in the Top 14 final against La Rochelle, which is a sad end to his club season. Let’s hope he recovers well.

Awful collision for Romain Ntamack yesterday. But well managed by the head & immediate care protocols and training for medical staff- led in a multilingual fashion by @WorldRugby to create a global standard and adopted and delivered by @FFR for the @top14rugby and beyond.

Another awful refereeing call in New Zealand: In what has been an entertaining season in the southern hemisphere, there has been one downside and that is the officiating on dangerous tackles by New Zealand referees. With the officials consistently finding ways of downgrading clear red cards this year, arguably the worst decision came in the Super Rugby Trans-Tasman final as Ash Dixon connected with the head of Blues fly-half Otere Black. He absolutely flew into the tackle and smashed Black in the face. It was an awful challenge with no mitigation, yet he somehow escaped with a yellow. The officials, quite simply, need to do better in New Zealand.

Bulls hardly firing a shot: Yes, they were without their Springboks but there was a lot more than just personnel missing from this Bulls side in Italy on Saturday. Overconfident? Maybe. Sloppy? Definitely. One thing is certain, they were completely outplayed by Benetton, who dominated the PRO14 Rainbow Cup final from the outset and did not stop until full-time. The moment that summed up the Bulls’ showing, though, came at that defensive line-out on 32 minutes when lock Walt Steenkamp put Ivan van Zyl in all kinds of bother. The scrum-half should have done better with the loose ball but his blunder was symptomatic of Jake White’s men’s overall effort in Treviso. A bad, bad day.

🗣️ "We'll take it on the chin, we'll take our learnings, and we'll look to the future."#GuinnessPRO14RainbowCupFinal pic.twitter.com/PwCJ28qJLC

Jack Adams’ passing: It was sad day for the game when it was revealed that the former Gloucester and Bristol centre had lost his battle with cancer last weekend. Adams was just 34 years old and the Rugby Players Association had set up a fundraising page to support Adams’ family and a local charity after he was diagnosed with cancer in mid-April. We wish his family and friends the very best as the rugby family mourns his passing. We recall just what a special player he was in the Premiership and those close to him will remember Jack the man, too.

Everyone connected to Gloucester Rugby is heartbroken to hear the news of Jack Adams passing over the weekend.

Our heartfelt condolences go out to Jack’s family and loved ones in this incredibly difficult time. ❤️