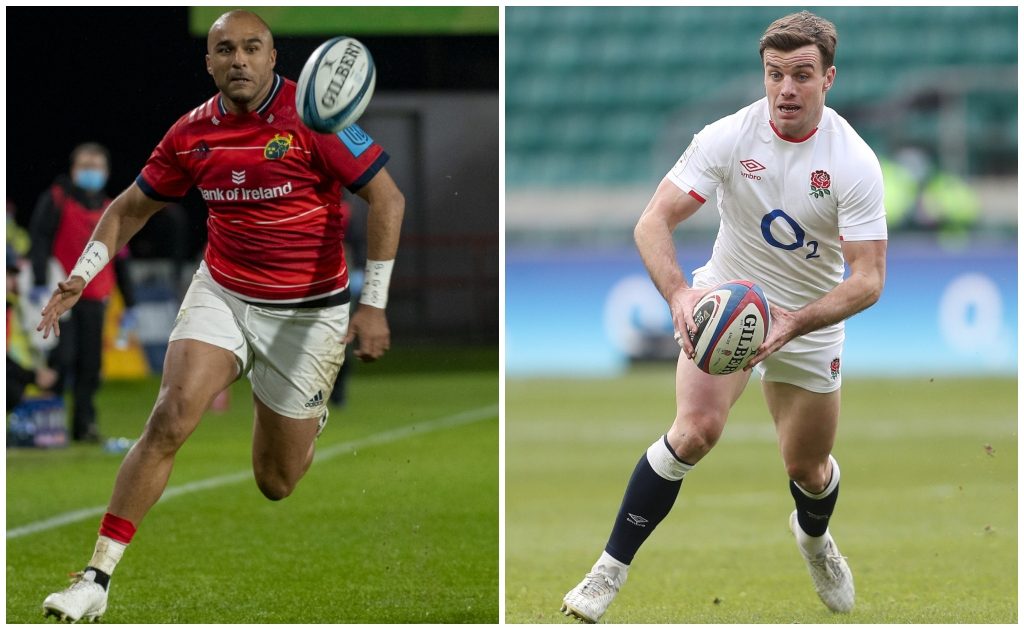 Leicester Tigers and London Irish: Steve Borthwick’s men continue to excel at the start of this season, deservedly overcoming a powerful Sale Sharks outfit on Saturday. They have now won all six of their matches and unsurprisingly reside at the top of the table as a result. Their resurgence is the story of the campaign but it wasn’t the main headline maker in the Premiership at the weekend, though. That accolade went to the Exiles, who produced a stunning display to claim a shock 33-21 victory over 2020 champions Exeter Chiefs at Sandy Park. It was their first win of the season – after two draws and three defeats – and shows the potential of their team.

The Exiles claim their first #GallagherPrem victory since 27th March!

Five tries at Sandy Park as they down Exeter Chiefs! 👏 pic.twitter.com/3umpr2Gni8

England’s exciting newbies: It was certainly an interesting squad named by Eddie Jones for the Autumn Nations series. The England head coach has said that he wanted to refresh the group ahead of the 2023 World Cup and the Australian has certainly done that. It is great to see the exciting trio Adam Radwan, Tommy Freeman and Raffi Quirke selected, who all have blistering pace and have been rewarded for their form over the past few months. Marcus Smith has also been included over George Ford and will surely be involved in the 23 throughout the three weeks, while Alex Dombrandt and Sam Simmonds could well vie for the number eight shirt, unless Jones wants to see Tom Curry have another crack at it. All in all, there are plenty of talented players but the ultimate proof will be in the results and performances.

What a try from the Newcastle man 👏 pic.twitter.com/VsStkPL4vq

Simon Zebo back in favour: After four years in the international wilderness, the Munster flyer returns to the Ireland squad for the Autumn Nations Series. Following three seasons at Racing 92, he came back to the Irish province ahead of the start of the current campaign and has performed well in the red shirt, earning a recall from current head coach Andy Farrell. Zebo and previous boss Joe Schmidt never quite saw eye-to-eye but it seems as though Farrell is a fan and it will be great to see him in Test rugby once again.

Simon Zebo has skills to beat the band, real pace and is a top class finisher but I don’t think he’s ever got as much credit for his power in contact as he’s deserved either.

Courtnall Skosan: As far as debut performances go, this one was pretty special from the Northampton Saints flyer. The Springbok hit the ground running for the Premiership outfit, in front of the Franklin’s Gardens faithful, and was rewarded with a hat-trick of tries for his efforts in a one-sided victory over Worcester Warriors. After completing his quarantine upon arrival in England, the 30-year-old was determined to make an impact and he did just that as he finished with 53 metres gained from 14 runs and two clean breaks en route to his three five-pointers.

The South Africa winger scored a hat-trick on his @SaintsRugby debut! ✨ pic.twitter.com/soOEP8s9Oo

Salmaan Moerat: There was good news for the Stormers second-row who was the only newcomer called up to the Springbok squad for their upcoming Autumn Nations Series Tests against Wales, Scotland and England. Moerat’s inclusion in the world champions’ 32-man squad is a deserved one as he has impressed for the Stormers during their recent United Rugby Championship tour of Europe. The 23-year-old is highly rated in his country as he is a former South African Schools and Junior Springbok captain and what makes his Bok call-up extra special is that it’s occurred less than six months since he sustained a serious neck injury in training ahead of their SA Rainbow Cup campaign.

Congratulations to DHL @THESTORMERS co-captain Salmaan Moerat on being selected for the @Springboks squad for their upcoming tour to the United Kingdom! #DHLDelivers pic.twitter.com/pONHQW90Hu

Agen: After 34 consecutive defeats and 608 days, the French outfit have finally tasted victory after they defeated Aurillac on Friday. They suffered the ignominy of going through the whole of the 2020/21 campaign without winning – their last triumph coming prior to the coronavirus pandemic against Brive – and that disappointment evidently carried on to this season. Despite being down in Pro D2 they could not buy a win, but that changed as they claimed a 25-21 success at the weekend. Congratulations to all involved as it’s been an incredibly trying time at the club.

The death of Sean Wainui: It was a sad day for the global game when the Chiefs, Bay of Plenty and Maori All Blacks wing passed away after being involved in a car crash at McLaren Falls Park near Tauranga on New Zealand’s North Island last week. Tributes poured in from far and wide for the 25-year-old, who leaves behind his wife Paige and children Kawariki and Arahia. Wainui was an excellent finisher who played with plenty of passion and earlier this year he wrote himself into the record books when he became first player in Super Rugby history to score five tries when the Chiefs beat the Waratahs in a Super Rugby Trans-Tasman match in Sydney. Rest in peace, Sean.

🇳🇿 The tributes have been coming in all day. RIP, Sean Wainui. 🙏 pic.twitter.com/rH0vCfsOHz

Disappointing USA v New Zealand spectacle: It’s always great to see rugby attempt to promote the sport around the world and USA has potential to be a big player in the game, but everything was just wrong about the weekend’s clash. Ultimately, the All Blacks have bigger fish to fry so the match was scheduled in a way which was incredibly convenient for New Zealand ahead of their European tour. As a result, it hampered the hosts significantly, who had little preparation time and none of their players from outside the US available due to the match falling outside the international window. The skill on show from the visitors was exemplary but how much do the Eagles really gain from that clash? Fans want to see their team at least being competitive and, with them conceding over 100 points, it is unlikely the newcomers to the sport will be returning.

🇺🇸🇳🇿 Not even a minute on the clock, yikes. #1874Cup #USAvNZLpic.twitter.com/igHh7XA2Mm

Injuries to key Test trio: It was unfortunate for England’s Luke Cowan-Dickie and Anthony Watson after they picked up significant injuries and will miss the Autumn Nations Series, while South Africa’s Faf de Klerk has undergone surgery for a hip injury. The prognosis is slightly better for Cowan-Dickie, who could return before the end of 2021, but it is not so good for Watson and De Klerk. The England wing could miss the next year after sustaining an ACL injury while the key Springbok scrum-half will be out for up to five months. We wish them all the best in their recovery.

Squad update | Anthony Watson has withdrawn from the England squad after he suffered an ACL rupture in Bath’s game against Saracens.

Eddie Jones has called up Joe Marchant to the squad.

We're all behind you on the road to recovery @anthonywatson_ 🌹 pic.twitter.com/6bJxuVSJyf

End is nigh for experienced England internationals? Eddie Jones has a penchant for rather deceiving you when it comes to squad selection so, when he put together a training group in September minus George Ford, Jamie George and the Vunipolas, we weren’t entirely convinced they would miss the Autumn Nations Series. However, they have been duly ousted with none of them initially making the cut for the upcoming internationals, albeit George has since been brought back following the injury to Luke Cowan-Dickie. Both Billy Vunipola and Ford have yet to reach 30, so they potentially have plenty of rugby left in them, but the Red Rose boss has certainly made a statement with this selection.

Also no Louis Lynagh who was anticipated to make the cut.

Worcester Warriors: Although it’s still early in the season, there are plenty of worrying signs for the Sixways-based club, who struggled in most departments in that humiliating defeat to Northampton on Friday night. Worcester rarely tested the home side’s defence and although Will Chudley went over for a 10th-minute try, that was the only time they would cross the whitewash and they offered little resistance as their opponents went on to score 10 tries over the next 70 minutes. After beating London Irish in the first round of the Premiership, the Warriors have now lost five matches in a row and will be desperate for victory when they host Sale Sharks on Saturday.

Zebre: A new season, new competition but same old Zebre with the Italians beginning the campaign with five successive defeats. Their latest came against Edinburgh, despite the hosts going into the second period just 8-7 behind. The Scottish outfit dominated the final 40 minutes and came away with a comfortable 27-10 triumph to condemn the Parma-based outfit to yet another loss. They have picked up just one point so far – a try bonus in their opener against the Lions. The closest they have come to tasting victory was in Round Four versus Glasgow Warriors, but even that was an 11-point reversal. Another lowly finish surely awaits for Zebre.