Home Who's hot and who's not Who’s hot and who’s not: Leicester, Saracens, Henley Hawks, URC, Bath 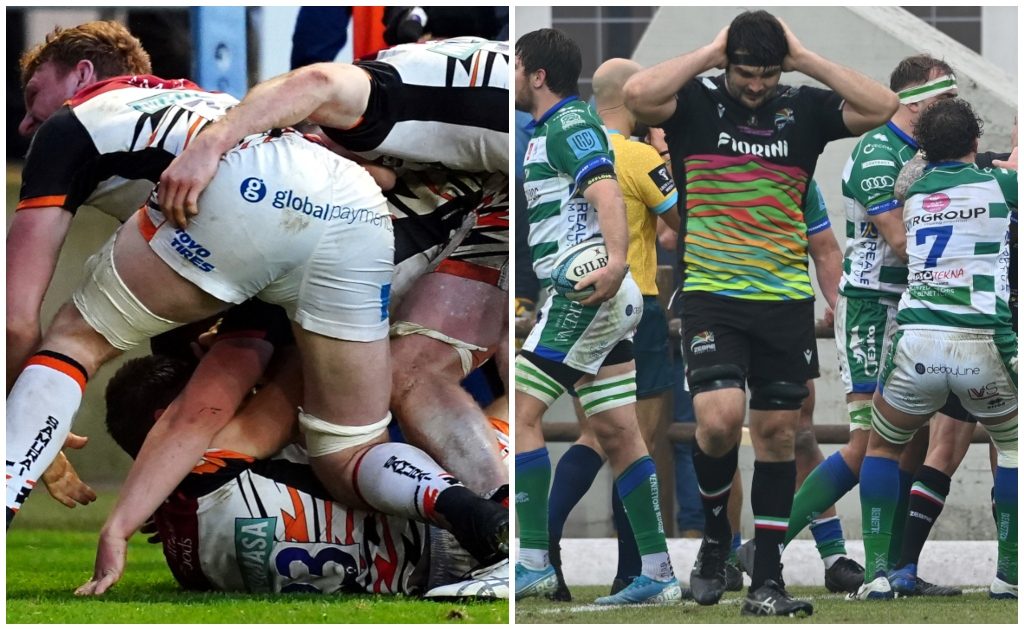 Perfect 10 for Leicester: Steve Borthwick’s men just don’t know when they’re beaten. It looked like the Tigers were set to succumb to their first defeat of the season as Bristol, who were excellent throughout on Sunday, went into the final minute 26-23 ahead. They also had a man advantage after the visitors’ number eight Jasper Wiese was sin-binned, but somehow Leicester launched one last attack. George Ford was magnificent, dictating play when the clock went into the red, and they manufactured a wonderful late score for Guy Porter. It snatched a 28-26 victory and meant they won their 10th successive Premiership match in the 2021/22 season.

This @LeicesterTigers side do not know when they are beaten! 💪

Four minutes past the 80, Guy Porter goes over.

Contract boost for Saracens: The salary cap, which will be lowered to £5m from next season, is set to bite, but the English giants have done some important business over the past week. Firstly, important squad players Alex Lewington and Alex Lozowski put pen to paper on new deals before a couple of huge players, Billy and Mako Vunipola, re-signed at the Londoners. Both were recently dropped by England ahead of the Autumn Nations Series but they have shown their commitment to Sarries and their country by agreeing to stay. The Vunipola brothers could have easily explored the lucrative French market but they have performed well in 2021/22 and are determined to win their places back in the Red Rose squad. Fair play to them.

What a week of announcements 🤩

Henley Hawks: Their act of sportsmanship was detailed in the ‘Planet Rugby Awards‘ but it is worth repeating just what a wonderful moment it was. When Barnes’ Jasper Cameron was penalised for ‘not rolling away’ while the tie was locked at 17-17 in England’s National League 2 South, the majority of teams would have gone for the posts, irrespective of the fact that Cameron was injured. However, Henley chose to do the honourable thing and not take the shot at goal which would have won them the game. They could have perhaps gone for touch for a lineout or taken a quick tap, but they felt the right thing to do was end the match. The players were a credit to the club and the game.

Rugby rallies around Ifan Phillips: It was awful to see that the Ospreys hooker’s career was ended by a motorbike accident in early December, but it is great that the fans are doing their part to support the 25-year-old post-rugby. Phillips had to have his leg amputated following the road traffic collision but a crowdfunding page was set up to help him as he looks to adjust to life without playing the sport he loves. The target is set at £100,000 and over £68,000 has already been raised, which is a great effort. Let’s hope he gets to that magic number.

A message from Ifan Phillips who is home after a lengthy hospital visit after a motorcycle accident.

Funds will go to rehab and a prosthetic leg after an amputation. https://t.co/GX5RL8jKdx pic.twitter.com/BhcgNtbQUG

More good news for Toulouse and Antoine Dupont: After being named World Rugby Player of the Year, there was further positivity emanating from Toulouse when the star scrum-half signed a new five-year contract at the club. After joining Les Rouge et Noir in 2017, Dupont has excelled and his commitment is another huge boost for the French giants. Ultimately, it was an easy decision, with Toulouse reigning European and Top 14 champions, but it is still nice confirmation for the fans, who are seeing their side continue to move in the right direction.

URC disappointment: It was all set to be a thrilling day of festive United Rugby Championship action, but all four clashes scheduled for December 26 were sadly postponed due to Covid-19. There were two Irish derbies, including the massive Munster v Leinster clash, and two all-Welsh matches, but they unfortunately did not go ahead. Although they will be rearranged, it is disappointing for all involved as everyone very much looks forward to the Christmas and New Year sporting fixtures. However, health comes first and we wish all those affected a speedy recovery.

🗣️ "The #URC Medical Advisory Group has liaised with the Irish Rugby Football Union and Leinster."

Worcester Warriors and Bath: A couple more embarrassingly poor performances from these sides on Sunday. At least Worcester can say they’ve won three games this season but they were awful against Saracens with their points’ difference now standing at -180 after just 11 matches. They were particularly bad in the first half, shipping a point-a-minute to go 40-7 behind at the break, before they did score some tries and rescue a bonus-point in the 61-29 loss. Bath were similarly bad and, to be perfectly honest, just seem to be going through the motions at the moment. Gloucester didn’t need to do anything special but they were too well-drilled for their West Country rivals and came away with a comfortable 40-20 triumph.

From one half of the field to the other in a flash! ⚡️

Zebre Parma: One URC encounter which did go ahead was the Italian derby on Christmas Eve as Zebre Parma hosted Benetton at the Stadio Sergio Lanfranchi. Disappointingly, it wasn’t really a contest as the visitors dominated throughout and racked up a comfortable 39-14 triumph. Benetton have impressed since the start of the Rainbow Cup and have now secured four victories in eight United Rugby Championship games, which is a decent effort, but Zebre were once again awful. They reside at the bottom of the URC table with just one point from six matches and, on this evidence, will struggle to claim a win all season.

The death of Kawa Leauma: There was further awful news, this time in Spain, when the 32-year-old lock died in tragic circumstances. The former Samoa U20 representative was reported to have fallen from a height of eight metres following Spain’s 52-7 victory over the Netherlands in their World Cup qualifier. Despite the best efforts of doctors and surgeons, who performed two emergency surgeries, Leauma sadly passed away on Tuesday. Our thoughts are with his friends and family.

Deeply saddened to hear of the passing of Spain international Kawa Leauma. My thoughts are with his teammates & family at this difficult time

Kevin Gourdon retirement: The France international and La Rochelle legend was sadly forced to hang up his boots after a heart issue was picked up following a scan last week. Gourdon was an outstanding player, representing his country 19 times between 2016 and 2018, and played a key role in his club’s rise to the top of the French and European game. The flanker started in both the 2021 Top 14 and Champions Cup finals as La Rochelle finished runners-up to Toulouse on both occasions. It is a massive shame he won’t get a chance to help his side potentially avenge those losses, but no doubt everyone is grateful that the problem has been picked up. We wish Kevin well in whatever he chooses to do next.