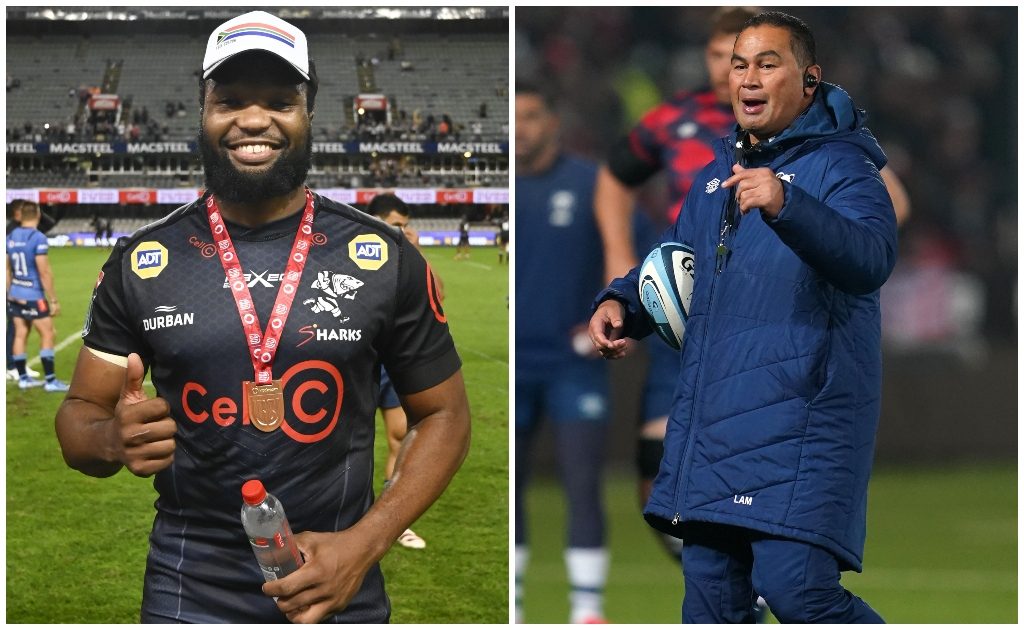 Ardie Savea commits to New Zealand Rugby: Post-World Cup, the back-rower would have been one of the most sought-after players for overseas clubs, but the NZR have managed to keep hold of the 28-year-old until at least 2025. Savea does have the option of playing elsewhere in 2024 on a six-month sabbatical, a feature which has become common theme for top All Blacks, but it is a credit to the governing body that they have been able to compromise while also retaining their outstanding talent. New Zealand Rugby can’t compete with the finances of those in Japan or Europe but it gives the individuals an opportunity to sign a lucrative contract overseas and also play for their country. It is win-win for all parties involved.

It's hotting up at the Stade de France 🔥#FRAvNZL pic.twitter.com/lAOS4uLbOp

Will Findlay’s efforts in aid of Tiffany Youngs: The Leicester Tigers strength and conditioning coach completed his incredible effort last weekend, running 30 half marathons in 30 days in aid of Tiffany Youngs, the wife of Tigers legend Tom. She is currently battling a severe illness, just three years after being given the all-clear from Hodgkin’s lymphoma. Findlay set about the task of raising money for the Youngs family and has so far reached over £30,000, which is £20,000 more than his original target. Great work, Will!

To the staff and players at Leicester Tigers. Thank you. pic.twitter.com/v2wn3Fpt3l

South Africa Sevens: After two rounds of World Rugby’s Sevens Series, the Blitzbloks are sitting pretty at the top of the standings after winning both tournaments in Dubai on successive weekends. After running roughshod over the USA, en route to a 42-7 triumph in the final of the behind-closed-doors opening round, the action resumed at the same venue this weekend and Neil Powell’s troops triumphed yet again. They were made to work very hard for their win this time around but, although they had to dig deep against a spirited Australia side, they held on for a narrow 10-7 victory in the final. JC Pretorius was South Africa’s hero as he scored the winning try and he was also named player of the final.

👀 Look who’s back on home soil, with a bit more luggage than they left with…🏆🏆😉 #BestofUs pic.twitter.com/LtKC9AzmdX

Spain Sevens: They may not have won it – like the Blitzboks did – or even qualified for the Cup quarter-finals, but we felt they were still worthy of a slot on their own as it was a landmark weekend for the Spanish as they defeated Fiji for the first time ever. The Pacific Islanders were subpar in Dubai, particularly in comparison to their semi-final appearance last week, but plenty of credit must go to Spain. They were excellent in their clash with the Fijians, claiming a 33-19 triumph and finishing the match with a stunning score.

Spain beat Fiji for the first time EVER

Quade Cooper finally becomes an Aussie: We’re not quite sure how it took so long but the fly-half has become a naturalised Australian after passing his citizenship last week. Cooper moved to the country from New Zealand when he was 13 and has earned over 70 caps for the Wallabies, but he had four previous applications rejected. However, rules were changed in September to allow “distinguished applicants” such as the 33-year-old to qualify for citizenship. Previous rules stipulated that Cooper must have lived in Australia for the past four years and was not absent for more than 12 months during that time, but playing abroad, as well his touring schedule, meant the playmaker failed to meet those requirements. Fortunately, they have been altered and Cooper passed his test on Thursday.

Lukhanyo Am: The Springbok outside centre showed why he is so highly rated as he delivered an outstanding performance for the Sharks at inside centre during their 30-16 triumph against the Bulls in their United Rugby Championship encounter in Durban on Friday. As usual, the 28-year-old was the linchpin of the Sharks’ defence but it was on attack where he made his biggest impact as he finished with a whopping 134 metres gained which included seven runs, two clean breaks and a well-taken intercept try. As the Sharks’ captain, Am also caught the eye with his excellent leadership skills and his superb all-round display was rewarded when he won the official man of the match award in that game.

Every time I watch Lukhanyo Am I find myself asking whether he’s the best player in the world.

URC farce in South Africa: You had to feel for those at Munster and Cardiff who had their games in South Africa cancelled following the discovery of the Omicron Covid variant and were then forced to remain in the country after several people tested positive for the virus. They did finally get back to Europe, with Munster arriving on Wednesday and Cardiff getting back on Friday, but they now have to isolate for 10 days. It’s been difficult for everyone at those clubs and it makes you question how the URC will operate for the rest of the campaign. Evidently, it was wrong place at the wrong time for those sides but, should this variant prove to be serious and travel restrictions remain in place, it is going to make it difficult for every team in that league.

During a very challenging time in hard isolation here in South Africa the support from the @WelshRugbyUnion staff, @ProAthleteSupps and also @Springboks has been incredible not only from a logistical/equipment point of view but also for morale. Cannot thank you enough.

The impact on European games: Equally, it has already had an impact on the Champions Cup with those sides potentially having to forfeit their matches next weekend. The EPCR have rejected the idea of postponing games, which means the Scarlets, Munster and Cardiff will have to field weakened teams, if indeed their encounters go ahead at all. The Welsh have been hit particularly hard and the Llanelli outfit actually called on Europe’s governing body to change their rules and allow matches to be rearranged. Cardiff have taken the opposite stance and have said they will do all they can to fulfil the fixtures, but their players won’t get out of isolation until after Round 1 of the competition. After the issues of last season’s group stages the EPCR were no doubt hoping that these types of problems were behind them, but unfortunately it is representative of the age that we are currently in.

Scarlets have approached Ospreys to loan players for their Champions Cup opener with Bristol as they desperately try to find a side. Issues around registration and cup tying, but Toby Booth says Ospreys are keen to help out their Welsh rivals for the greater good.

Bristol Bears: After a poor start to the Premiership season – in which they lost four of their first five matches – the men from Ashton Gate had a bye in Round Six before bouncing back with back-to-back victories over London Irish and Worcester Warriors. Although it looked like the Bears had got their campaign back on track, that was a false dawn as they have returned to their old bad habits and subsequently lost successive matches to Northampton Saints and Gloucester. Friday’s defeat at Kingsholm saw Pat Lam’s men implode during that game’s final quarter as the Cherry and Whites scored 14 unanswered points during that period. That result leaves Bristol languishing in 12th position in the standings.

Bath crisis deepens: These are worrying times for Bath director of rugby Stuart Hooper and his troops as they are still winless after 10 rounds of action in the Premiership and bringing up the rear in the standings. Bath have lost all nine matches they’ve played this season and although they came close to causing an upset in their Round Nine encounter against Exeter Chiefs at the Rec, that wasn’t the case against Northampton Saints at Franklin’s Gardens on Saturday. Saints dominated from the outset and went into the sheds at half-time holding a 28-12 lead and a try-scoring bonus point in the bag. They also saw key half-backs Ben Spencer and Danny Cipriani go off injured, and Hooper must be wondering what he has done to upset the rugby gods. Don’t worry Stuart, it’s only Leinster away next weekend.

Dragons: Another team struggling at the wrong end of the table, the Welsh region were never at the races in a one-sided encounter against Glasgow Warriors at Scotstoun and the home side eventually cruised to a 33-14 win after holding a 19-0 lead at the interval. Dean Ryan’s charges battled in most facets of play but the Warriors eventually outscored them by five tries to two. That result means the Dragons have lost six out of seven matches in the United Rugby Championship with their solitary victory registered at Connacht in Round Three.

The death of Siobhan Cattigan: It was awful to read the news that the Scotland international back-row had died suddenly at the age of 26 on Friday, November 26. Cattigan was an outstanding player, earning 19 caps for her country and starting in all three matches during the 2021 Six Nations. Scottish Rugby describer her as a “talented back-row forward and all-round rugby player,” while her club Stirling County called her an “inspiration”. We can’t imagine what her family and friends are going through and we can only hope that they are allowed to grieve in peace, especially when anti-vaxxers and conspiracy theorists are already using her death to push their own agenda. It is utterly despicable behaviour.

My blood doesn't boil easily, but those anti-vaxxer, conspiracy-theorist, knuckle-dragging nutjobs who have sought to exploit the tragic death of a young female rugby player for their own idiotic ends take scumbaggery to levels beneath contempt.