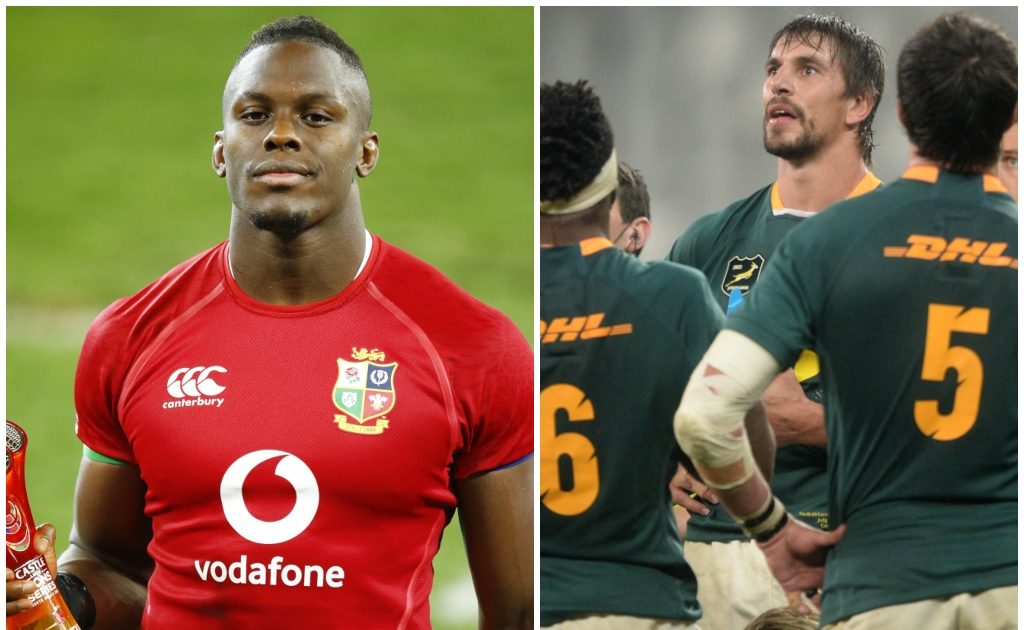 Maro Itoje: The British and Irish Lions’ second half effort paved the way to victory against the Springboks in their series opener in Cape Town on Saturday but the 26-year-old was the famous touring team’s star player from the outset. His battle with South Africa’s Eben Etzebeth was billed as a key head-to-head duel ahead of the game and it certainly lived up to that title as the Bok enforcer also had a good game. However, Itoje won this contest after a superb all-round effort as he impressed in most facets of play. He finished with 10 tackles made, won three crucial turnovers and walked off with the official man-of-the-match award.

That might be the best game Maro Itoje’s played since the last Lions tour. Phenomenal today.

Quade Cooper and Izack Rodda: In one of the most remarkable stories of the year, the discarded fly-half has reportedly returned to the Australian squad. Cooper hasn’t played for the Wallabies since 2017 after falling out with then head coach Michael Cheika but current boss Dave Rennie has sent out an SOS to the maverick playmaker. James O’Connor is still injured and, as a result, Rennie has added Cooper to the group where he will train and could potentially play in the first Bledisloe Cup Test. He joins Rodda, who is selected for the first time in almost two years after signing with the Western Force from Lyon. The second-row is an outstanding talent and will add plenty to that front five.

🇦🇺 James O'Connor's injury has opened the door for the 70-times capped fly-half, who has not played for Australia since 2017. pic.twitter.com/FnSd8nWwjz

Patrick Tuipulotu commits: New Zealand will certainly have plenty of depth at lock in 2023 after the Blues captain signed a new deal to keep him in the country until at least 2025. Tuipulotu has been in and around the All Blacks squad for the past seven years and has continually improved over the seasons. He will miss the 2022 Super Rugby campaign after being granted a sabbatical in Japan but will return ahead of the World Cup and, injury depending, will be a crucial part of their group in France. The 28-year-old has grown as a player, especially in the technical aspects, but also as a leader and could conceivably push for a starting spot for the global tournament.

🗣️ "I am excited for the new experience overseas and will be doing my best. Equally, I will be looking forward to returning to the Blues and Auckland."

Marika Koroibete: In another boost to Australian rugby, their star wing will be available for the Bledisloe Cup and Rugby Championship after seeing his red card rescinded. Koroibete was sent off against France for connecting with neck/head area of Les Bleus skipper Anthony Jelonch, but the independent panel concluded that it was the wrong decision from the officiating team. It has been a good week for Koroibete after he confirmed his move to Japan and this rather topped if off. The Wallabies, who struggled to overcome a second-string French outfit recently, will certainly need the speedster’s quality over the coming weeks.

Australia wing Marika Koroibete's red card not upheld after a review by an independent disciplinary committee.
Committee deemed that Koroibete’s tackle initially made shoulder to shoulder contact. Any further contact to the head/neck "incidental".

Player is free to play.

Boks’ second half performance: The world champions made a solid start during that opening Test against the Lions in Cape Town and were holding a deserved 12-3 lead at half-time. However, things went pear-shaped after the interval as they struggled to build on that advantage and couldn’t cope with the intensity levels on display from their opponents. The Boks’ second half was littered with unforced errors and they came off second best in the physicality stakes – an area of the game which they usually dominate. Several players lost their way after the interval and what was particularly alarming was the way the intensity levels dropped in that final 40 minutes, which they lost 19-5. Expect changes for the second Test.

To be clear, Boks were their own worst enemies in the second half and lost the physical battle and aerial battle. That and their discipline was why they lost the test.

Another England departure: The decision by John Mitchell to quit his role as England’s defence coach to take up a position as an assistant coach with Premiership outfit Wasps came as a shock as it means there’s been a high turnover in Eddie Jones’ backroom staff. Since their 2019 defeat in the World Cup final, England initially lost the services of Steve Borthwick, Neal Hatley and Scott Wisemantel while Simon Amor, Jason Ryles and now Mitchell have also exited the scene since England’s poor 2021 Six Nations campaign.

Many were touting John Mitchell to succeed Eddie.

Yet another departure from the England coaching set up… https://t.co/3HzbuN01Y2

Neil Francis: The former Ireland second-row and now ex-Irish Independent columnist hit the headlines for the wrong reasons when he made an apparent racist remark about Harlequins, England and British and Irish Lions fly-half Marcus Smith, who is of British and Filipino heritage. Although Francis has apologised, saying his comments were “interpreted differently” to how he intended, it was not enough to save his job as Mediahuis Ireland, the publisher of the Irish Independent, subsequently cut ties with Francis.

The fact Neil Francis said what he did is appalling, but to publish it & no one challenge him is as equally appalling. https://t.co/7idgTqoRdm

Edinburgh: All is not well at the Scottish outfit. Alarm bells were ringing when British and Irish Lions duo Duhan van der Merwe and Rory Sutherland jumped ship to Premiership strugglers Worcester Warriors earlier this year and Richard Cockerill’s departure has rather confirmed that there are issues at the club. They endured a difficult campaign in 2020/21 and new head honcho Mike Blair, who takes over from Cockerill, has a huge job on his hands.

Mike Blair has long been lined up for this kind of progression. Makes sense on a number of levels. Hopefully he can help Edinburgh discover more of a consistent attacking edge while being more of a collaborative and settling influence on the squad as well