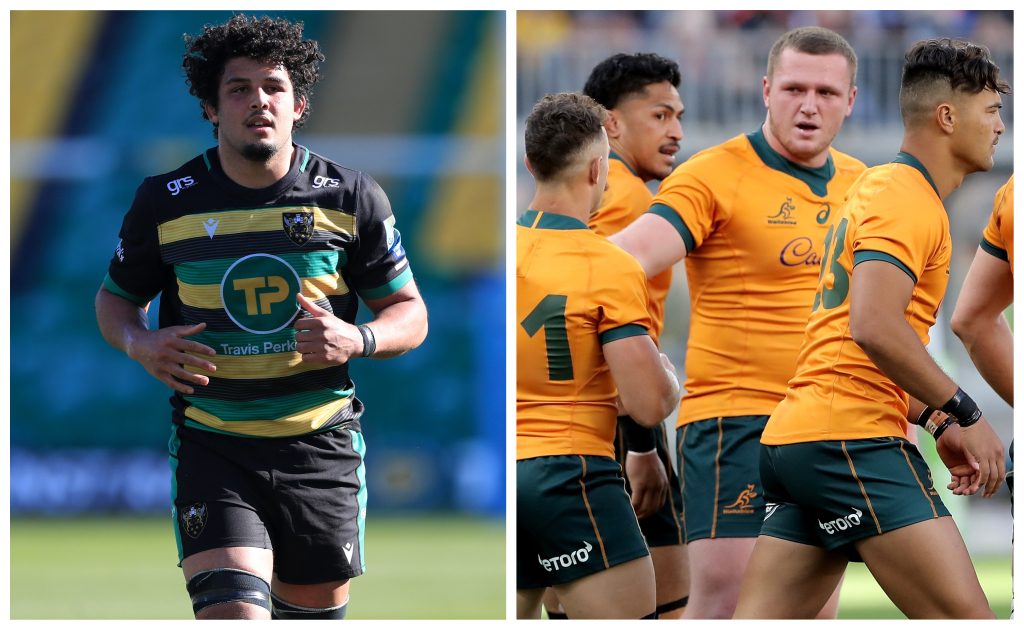 Currie Cup finalists: And then there were two. South Africa’s premier provincial tournament’s marquee match is set to take place at Loftus Versfeld in Pretoria this Saturday and will see the Sharks trying to dethrone the Bulls in a repeat of the 2020 final. The Bulls are the hot favourites to retain their title as they have been in excellent form throughout the season and finished in first position during the league phase of the competition – nine points ahead of the second-placed Sharks. Jake White’s troops were in a rampant mood in their semi-final clash, running in six tries in a 48-31 triumph over Western Province. Meanwhile, the Sharks claimed a hard-fought 28-24 victory over Griquas.

Josh Ioane signing and Marty Banks returns: The Chiefs have bolstered their squad with the signing of the talented playmaker, who joins from the Highlanders. They were looking for someone to fill the position vacated by Damian McKenzie, with the All Black deciding to take up a contract in Japan, and Ioane is the ideal player to replace him. Able to play either fly-half or full-back, he has a similar skill set to McKenzie and will offset the New Zealand international’s departure. The big losers in this are probably the Highlanders but they, and no doubt the supporters, are delighted to see Banks back in Dunedin. ‘Screech’ is a cult hero at the franchise and never lets anyone down.

And what a start to Josh Ioane's Test career! pic.twitter.com/DTezQDBYtb

Super Rugby confirmation: It was finally confirmed by New Zealand Rugby (NZR) and Rugby Australia (RA) that there will be a new Super Rugby competition launched next season, which will involve two Pacific Island sides, Moana Pasifika and Fijian Drua. Although it is disappointing there will be no South African teams involved, it is the correct decision for them to align with the northern hemisphere season and this development will hopefully help the Pacific Island nations improve. And despite Super Rugby AU and Aotearoa serving its purpose in these difficult Covid times, the southern hemisphere needed something more akin to the traditional format and we can’t wait for this one.

Lewis Ludlam getting the nod: Massive congratulations to the England flanker who has been named Northampton Saints’ captain for the forthcoming campaign. Having moved through the ranks at the Midlanders and become a firm fixture in the first XV, Ludlam is hugely loyal to the Premiership club and will no doubt do a fine job in the role. The back-row has enjoyed a terrific few years for the Saints, form which has also earned him 10 England caps, and this is just reward for his efforts as he looks to push the club into genuine title contenders.

Couldn’t be prouder – remember a very quiet sombre journey back from the training ground with a devastated 13 year old in the back who’d just been dropped from the academy – what a journey! Never give up! 🥊 👨‍✈️ https://t.co/tElzsmjGX4

James Botham injury: It was a huge shame to see that the talented youngster will miss the opening months of the season after suffering a shoulder injury. He has since undergone surgery and is likely to be out of action for at least two months. It means that flanker Botham will be absent for Cardiff’s early season United Rugby Championship and Champions Cup games, as well as the majority of Wales’ end-of-year internationals. A blow for those teams but especially disappointing for the player himself, who was starting to find his way at the top level.

James Botham to miss the first two months of the season after undergoing shoulder surgery.

A real shame for him, Cardiff Rugby and Wales. Had an exceptional season last year.

Wallabies: There was plenty of fighting talk coming from Australia’s camp in the build-up to their Rugby Championship showdown against the All Blacks in Perth but just like the previous two Bledisloe Cup Tests, Dave Rennie’s men did not offer much of a challenge to their trans-Tasman rivals. Despite playing with 14 men for 20 minutes – after Jordie Barrett was red carded – New Zealand still dominated proceedings during their 38-21 victory and eventually outscored their hosts six tries to three. The result leaves the Wallabies with more questions than answers and there is plenty of homework to do before they take on the Springboks in their next match on the Gold Coast this Sunday.

Springboks game plan debate: Yes, South Africa aren’t that great to watch and may not attract new fans to the game, but ultimately why should that matter to the Springboks when they’re winning games? The great thing about rugby is the variety in the sport. For every New Zealand, Australia, Japan and Scotland, who like to move the ball quickly and through the hands, there are South Africa, England and Ireland, who are more conservative, and that’s what makes the game interesting. Jacques Nienaber’s men are currently very effective at what they do and the constant sniping, from the likes of Steve Hansen for example, is rather tiresome. If teams and fans want them to change then the only way that will happen is if they start getting beaten, and that is the challenge every other international side must step up to, isn’t it?

Hansen didn’t win his series against the BI Lions in 2017. In the 2nd test, the ABs didn’t score a try. The Boks scored a try in every test during this series.

It’s hard to not increasingly think that NZ are becoming desperate for the Boks to change their winning style of rugby. https://t.co/oQeSQFsL6S

No home games for Fijian Drua: It is an understandable decision to base the team in Australia, given the challenges caused by Covid-19, but it is no less disappointing. With the travel restrictions in place due to the pandemic, it will be difficult for Drua to go back and forth from Fiji, which means they won’t be able to play in front of their own supporters. Fiji Rugby chairman Conway Beg has stated that it will change in 2022, with them due to play matches in Suva, and let’s hope that is the case as we want to see big crowds cheering on this team at home.

Racism in the Pro D2: Nevers wing Christian Ambadiang posted a message on his Instagram account on Saturday after he was racially abused by a Provence player during the teams’ game at the weekend. According to Ambadiang, his opponent referred to him as a “banana eater” and after the game tried to justify his actions by saying it was said in the heat of the moment. This unsavoury incident is a serious matter which does not belong in the game and hopefully the authorities in France will throw the book at the transgressor. Kudos to Nemani Nadolo for highlighting the incident and Ireland and Munster’s Simon Zebo, who has called for a life ban for the guilty man, who hasn’t been named.