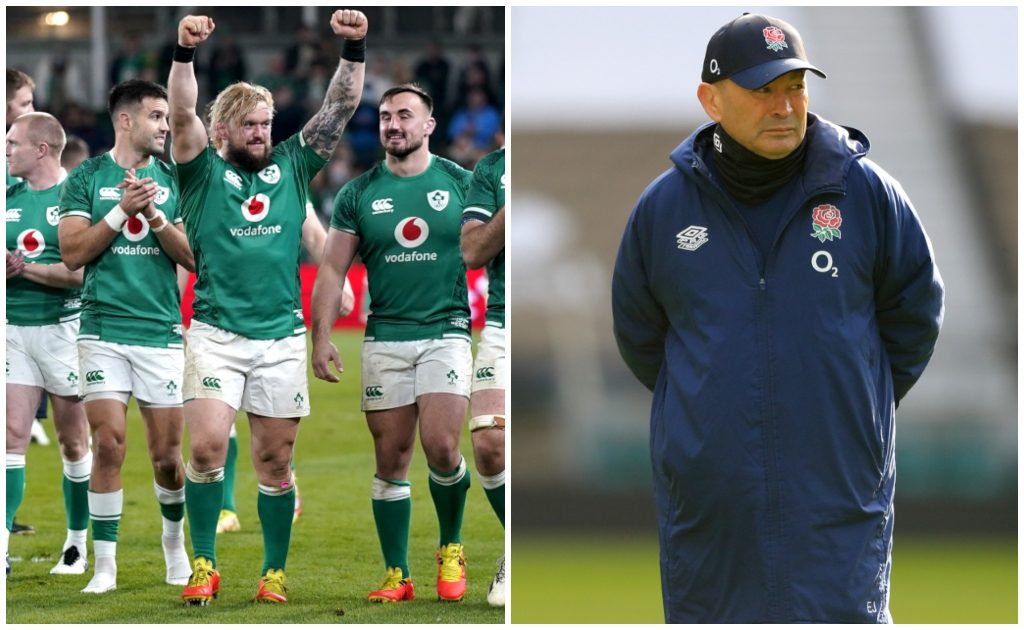 Ireland: What. A. Performance. Ireland have obviously beaten the All Blacks before but this was almost the complete display. Had it not been for some incredible New Zealand defence in the first half, it could have been an annihilation. And if anything, that made Ireland’s achievement even more impressive, given that the hosts could have lost heart by going into the interval behind. After the break, they simply continued where they left off in the first half, dominating the visitors physically, and deservedly ran out 29-20 victors. There is just one desperate plea from Planet Rugby, though: make sure this isn’t your peak performance and please finally go beyond the quarter-finals of the next World Cup!

England newbies: In what was a scrappy performance and relatively low quality game in certain aspects, it was the younger players who arguably shone brightest for the Red Rose, which bodes well for the future. The likes of Courtney Lawes, Kyle Sinckler and Maro Itoje put in a mammoth effort, but the touches of class were provided by Marcus Smith and Freddie Steward. It wasn’t an amazing display from Smith as such but it was a composed performance, particularly with the Wallabies evidently targeting the 22-year-old fly-half. However, the standout was obviously Steward, who looks like he will, injury-depending, have the full-back shirt for years to come. Great credit must also go to Bevan Rodd, who had a good debut, and the try-scoring hooker Jamie Blamire, who overcame an early wobble at the lineout when he came on. All in all, a positive outing for the Red Rose but a much sterner test awaits this week.

South Africa’s dominant pack: You won’t find a better set-piece in world rugby and the Springboks quite frankly suffocated Scotland at Murrayfield on Saturday. The hosts had no answer to their power and technical proficiency as Jacques Nienaber’s men controlled the forward exchanges throughout. The Scots tried manfully and were very much in the game for most of it but they eventually wilted as the Boks kept the pressure on up front. The world champions are incredibly well drilled and are just horrible to face for any team, and they may well enjoy their time at Twickenham this weekend with England having some Covid-based issues at prop.

Is there been a more You-Know-What’s-Coming-But-Stopping-It-Is-A-Different-Matter team in sport today than the Springboks? Not at their best today but just merciless.

Aaron Smith boost for the All Blacks: And, boy, don’t they need him. Smith wasn’t initially meant to join up with the squad after staying back in New Zealand for the birth of his son, Leo, but injuries to scrum-halves Brad Weber and Finlay Christie forced their hand. Now that Smith is back, it wouldn’t be a surprise to see the the 32-year-old start against France, given the struggles TJ Perenara endured on Saturday. You get the feeling that the 101-times capped international wouldn’t have featured against France had the team done the job in Dublin, but the weekend’s result may just change the mind of the coaches.

💬 " I'm very excited to come back and join the boys, I'm just looking to try and help where I can" – @Te_Nug speaks ahead of his flight out to Dublin as he gets set to rejoin the squad as injury cover. pic.twitter.com/y2nyDE9MDD

Ellis Jenkins’ remarkable international return continues: A week after making his first international appearance in almost three years, the flanker was named captain for Wales’ clash with Fiji. It is wonderful to see Jenkins back playing at the highest level and even better to see him producing excellent performances, as he did against South Africa and Fiji. Given regular game time, the Cardiff man will prove to be a world-class back-row and it is great that he is already showing his quality after 26 months on the sidelines.

Questions for Ian Foster: The All Blacks have had a much better 2021 but this was certainly a step backwards for the three-time world champions. After the issues in 2020 and the criticism that came Foster’s way, their results – and performances – this season certainly eased the pressure on the head coach, but the focus is now back on him and the coaching staff. He has now succumbed to Australia, Argentina, South Africa and Ireland in a year, and France could add their name to that list this weekend. Given that his predecessors Steve Hansen and Graham Henry rarely lost a match, let alone to that many countries, it is not a great record to have. It was a continuity appointment when they needed a visionary as, ultimately, it doesn’t feel like much has changed from the Henry and Hansen era. The British and Irish Lions, to a degree, figured them out in 2017 and since then not much has been altered, other than some of the personnel they are using, and you can’t really question the individual talent in New Zealand. It is now an especially huge game this weekend against Les Bleus.

Can we discuss Ian Foster now, or is it still too early? 👀

Ill-disciplined Wallabies: A loss against England wasn’t really surprising considering their absentees, but they could have done more to help themselves. We can’t remember an Australian side that have tried to play less rugby than the team on Saturday, kicking incessantly and altogether playing a pretty negative game plan. We would like to think it’s not the case, but it smacked of a side trying to spoil on purpose and merely entertain the idea of damage limitation. Some of the penalties they gave away were mind-bogglingly stupid and it was rather summed up by the tackle which led to Angus Bell’s yellow card.

What about Perese to 12 in the absence of Kerevi as a hard running ball carrier?

The Wallabies of old today, poor discipline, no shape to the attack, a hard day out with so many players missing

Eddie Jones’ comments on tennis star: Often quotes can be taken out of context but some of the language used by Jones in reference to tennis star Emma Raducanu just came across poorly. It caused a backlash across social media and some in tennis circles described it as sexist, which led to Jones being asked about the comments thereafter. A personal letter was written to clarify his words, but it doesn’t look like it was organised by Jones alone, as he said: “We have sent a private letter to Emma to make sure she understands why they were made. As far as I’m concerned it’s the end of the matter.” Raducanu has since declined an invitation to Twickenham and who can blame the youngster, who shouldn’t have been brought into any debate like this. Jones should’ve known better.

The comments by Eddie Jones about Emma Raducanu are uninformed, irresponsible, sexist nonsense.

Young woman who has barely played professional tennis wins US Open, and he cites her commercial appearances as evidence for her ‘not doing so well’ (won 2, lost 2) since.

Eroni Sau: What on earth compelled you to do that, Eroni? The wing was sent off for an utterly brainless shot on Johnny Williams after the wing had already brought the Welshman to ground with an excellent hit. The Fijians were extremely physical on Sunday but they were generally disciplined with their tackle technique. That was until Sau’s moment of madness as he connected with the head of Williams after the tackle had already been completed. He was going to be let off with a yellow card until the TMO Stuart Terheege correctly intervened and advised referee Nic Berry that it was worth more than that.

What on earth was Eroni Sau thinking there?

Also, I'm not sure at all that Nic Berry got the right idea at all. Fair play to his TMO and TJ.

Bath woes continue: After losing seven from seven in the Premiership, the West Countrymen needed a confidence boost, but it certainly didn’t come against Gloucester in the Premiership Rugby Cup on Friday. In fairness, there was a significant difference in the experience of the respective squads, but it still wasn’t anywhere near the Cherry and Whites’ first choice side and the visitors simply capitulated, going down 71-10 at Kingsholm. It was another embarrassing evening for Bath.

Full time. 71-10 to the hosts. pic.twitter.com/esEEP4iDJp