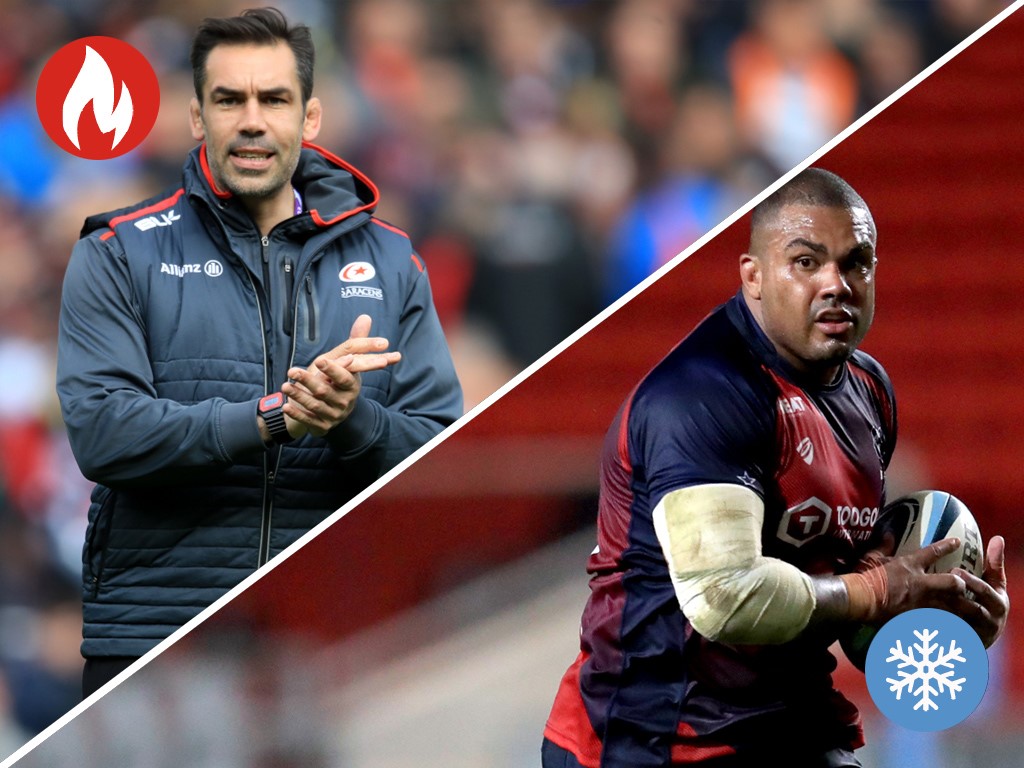 Alex Sanderson: It was an offer and step up the ladder too good to refuse for the former Sale Sharks and Saracens back-row forward. Sale came calling for him to replace Steve Diamond as their director of rugby and after careful consideration the 41-year-old decided the time was right to take on this serious role. His sterling work at Saracens is well known throughout rugby circles and it is telling that Sale wanted him as their new boss. Sanderson should bring real enthusiasm and freshness to the club and area as the Sharks look to reach the heights Saracens did in their pomp. Hats off to Sanderson, whose hard work has been rewarded.

After a 17-year association with Saracens, the club can today confirm Alex Sanderson will depart to take up the position as Sale Sharks Director of Rugby.

Thank you for everything, Al! 🖤❤️

Japan looking ahead: An interesting story broke on Saturday as the Japan Rugby Football Union announced it would be launching a new 25-team competition in the country from January next year. The leagues will be split into three divisions and looks to be the ideal tool to help further grow the game, using those solid foundations that were laid by the World Cup. It is also admirable that while other countries are looking to steady the ship because of the ongoing global pandemic, Japan is instead further opening its doors in terms of progress. We’d also expect more and more top players to dip their toe in this new competition.

Made my views known on the 2 conference system for 1st division.

Good news is the provision that the top 2 teams will play in a cross-border tournament.#rugbyjp #TopLeaguehttps://t.co/1jGEavTyek

PRO14 acting quickly: Of course the news of the Champions and Challenge Cup’s final two rounds of pool matches being postponed – eventually cancelled – was a blow to the rugby schedule, but it was the ideal time for other competitions to make use of the free weekends. While Premiership Rugby failed to do so, the PRO14 did just that as they brought forward the rescheduled 1872 Cup game to this past weekend while four matches take place this week. All smart moves.

Ealing Trailfinders: The club has been desperate to sit at rugby’s top table for a while now and Saturday’s 27-26 victory over Saracens has done them no harm at all in pushing their name forward into the spotlight. A number of Sarries’ England stars did not feature but it was still a strong side with most of that 23 featuring prominently in the Premiership last season. Billy Vunipola – looking to prepare for the Six Nations – also bolstered the squad but Ealing did well to limit the gargantuan number eight’s threat. There has been talk of ring-fencing the Premiership due to the impact of coronavirus and Trailfinders are making a good case for it being a 14-team league.

Losing the Women’s and U20 Six Nations: While it was, of course, the correct decision, it’s incredibly tough and disappointing for the players involved as they continue to be hindered by a lack of rugby. With the World Rugby Sevens Series and Premier 15s on the back burner for the time being, women’s players are being hit hard at the moment but, as mentioned, it was the right call to put back the Six Nations to spring or early summer. It is currently more challenging to deliver safely and successfully amid the pandemic, given the need for many players to return to their jobs, some of which are key and front-line positions.

🗣️ "The women’s championship will instead be scheduled in revised windows later this spring or early summer." #GuinnessSixNations

European cancellations and the Premiership’s break: It was an entirely understandable decision to postpone the European competitions due to the surging cases of coronavirus on the continent and the new strain discovered in England, but we are hugely surprised that the Premiership decided not to rearrange matches for the free weekends. With supporters not needed to be considered at the moment, it would have been relatively simple to bring two rounds forwards and potentially leave space for the rest of the Champions Cup to be completed. However, Premiership Rugby opted for a two-week break, forcing the EPCR to cancel the remaining pool games and add further confusion to an already strange season.

Disappointing, again, from @premrugby. The claim it’s about welfare seems flimsy when it would have been European match weeks were it not for the French decision. A lack of imagination, contingency planning & leaves screens dark: poor treatment of their TV partner & us customers. https://t.co/hy72OuPERx

Nic Groom and Virimi Vakatawa: In some ways, you have to feel for the Edinburgh scrum-half, but ultimately his error cost his team hugely. With the game approaching half-time, Groom took the ball under pressure and began running back towards his own line after he thought he heard a hooter to signal the end of 40 minutes. Instead, it was a train passing by and there was still 45 seconds left. Glasgow would go on to score a crucial three points and then eventually claim a narrow 23-22 triumph, levelling the 1872 Cup at 1-1. It was also an embarrassing weekend for Vakatawa, who merely had to touch down after being sent across the whitewash by Teddy Thomas, but his casual approach did not work as Gabin Villiere’s tackle knocked the ball out of his hands. Credit to Toulon’s Villiere, whose actions were crucial in their 29-23 victory over Racing 92, but the France centre, alongside Groom, will want to forget that mistake in a hurry.

Kyle Sinckler’s disappointing comment: No, it is not last week again when the England and Bristol Bears prop swore at referee Karl Dickson. Instead, this inclusion comes on the back of Sinckler’s two-week ban and what was released after the hearing. “While Kyle Sinckler accepted that he used foul language at the referee, he did not accept the conduct warranted a red card,” the independent disciplinary panel said. Sorry, Kyle, but we don’t know how you came to that one.

Despite apologising on Twitter after, Sinckler contested the ban in the hearing

Rules him out of Bristol vs Bath and Bristol vs Sale, which comes before England vs Scotland. So is he eligible for 6 Nations?