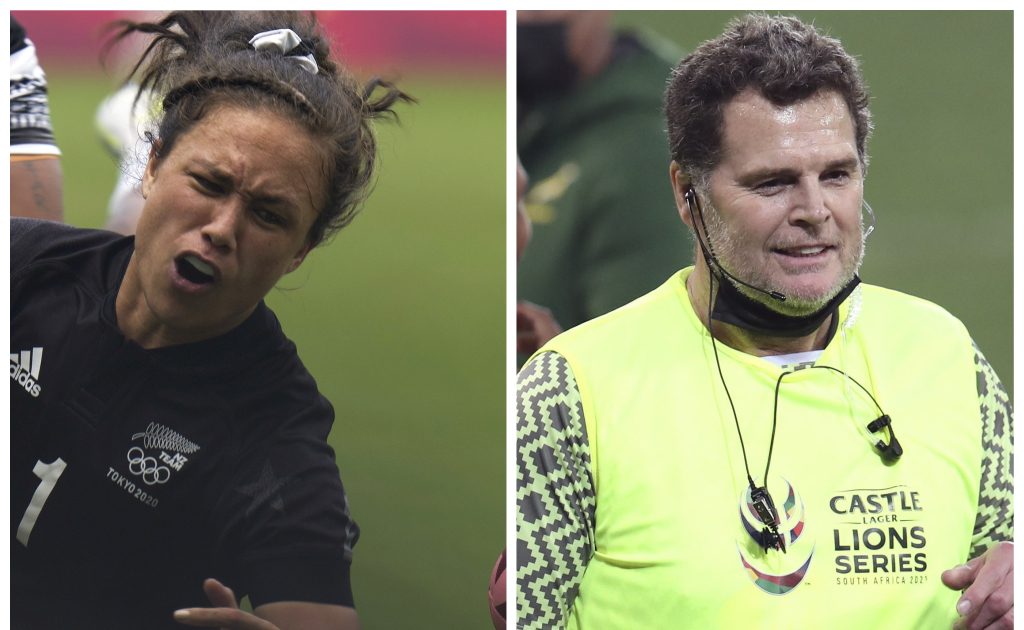 Springboks’ on-field response: Much has been said and written about off-field reaction from the world champions’ camp – more on that later – to their 22-17 defeat to the British and Irish Lions in the first of three Tests in Cape Town. That loss put the Boks under tremendous pressure but they responded in the best possible way as they sealed a 27-9 victory on Saturday. An outstanding second half performance – in which they scored 21 unanswered points – paved the way to a deserved victory. The Boks forwards deserve special credit as they set up a superb platform for their backs and the home side also won the aerial battle and, in the end, they outscored the tourists by two tries to none.

Fiji and New Zealand sevens: After a successful Olympic debut in Rio, the rugby sevens once again lit up the Games and it was those two sides that took top spot on the podium. The Fiji men’s outfit retained their title from five years ago, proving too good for everyone, including an impressive New Zealand team in the final. They claimed a 27-12 triumph in the showpiece event to leave the silver medallists desolate, but the women managed to go one better than their male counterparts. The Black Ferns were the best team throughout but were pushed all the way by the vastly improved Fijiana in the semi-finals, eventually prevailing in extra-time. They then faced France and controlled proceedings to emerge 26-12 victorious as the New Zealanders erased the pain from Rio. Huge congratulations to both as sevens gained plenty more fans.

Ruby Tui: The New Zealand Sevens representative became an overnight sensation thanks to a memorable interview at the Olympics in Tokyo. Speaking to Jill Douglas of the BBC, after her team’s one-sided triumph against the Russian Olympic Committee team, Tui’s positive energy shone through and it’s not surprising that the interview has already racked up more than 300,000 views on Twitter. Despite that easy win, she was full of praise for her opponents as well as Great Britain’s team, who gave New Zealand a scare in the pool stages.

🙌 Loving the energy of the Black Ferns' Ruby Tui.

Nic White’s return from injury: The Brumbies scrum-half missed the Wallabies’ recent victorious campaign in their three-Test series against France on home soil due to a knee injury which he sustained during the build-up. He is on the road to recovery, however, and revealed on Sunday that his rehabilitation is going so well that he could be available for Saturday’s Bledisloe Cup opener against New Zealand in Auckland. Although Jake Gordon and Tate McDermott did well as Australia’s number nines against France, White’s return will be a shot in the arm for the Wallabies as his experience should come in handy against the All Blacks.

Rassie Erasmus: It’s been embarrassing from the South Africa director of rugby and not much better from the rest of the organisation, who all doubled down on Erasmus’ outburst last week. It started rather jovially with most people finding the humour in the former Munster coach seemingly using a burner account to allege refereeing inconsistencies from the first Test. As that situation petered out, it seemed to be the end of it before it all exploded on Thursday when Erasmus went on an hour-long rant, complaining about certain decisions from referee Nic Berry. It was completely bizarre and not good for the game, with the director of rugby effectively questioning the integrity of the official. Captain Siya Kolisi then fanned the flames further in Friday’s press conference, backing up his boss’ claim that he’d been ‘disrespected.’ It’s all been rather unedifying from the Bok camp, who have lost a lot of goodwill from the rugby public following their historic World Cup win.

i.e. it's very important that World Rugby comes down on it like a ton of bricks. You can't be piling on the officials like this. This is the TOP LEVEL OF THE GAME. It sets the tone. Everything filters down.

Shannon Frizell and the All Blacks ‘culture’: The back-rower was charged with assault in midweek. The alleged incident happened in Dunedin on May 9, so not a recent event, yet the All Blacks still decided to select him, despite knowing full well that there was this hanging over Frizell’s head. There was a ‘no d*******s’ policy introduced during Sir Graham Henry’s reign, while the three-time world champions continue to espouse the apparent wonders of their unique culture, but they seem to ignore serious off-field indiscretions. As well as Frizell, everyone appears to have forgotten that Sevu Reece once chased his girlfriend down the street and dragged her to the ground in a domestic violence case, but he was quickly welcomed into the squad following a superb year for the Crusaders in 2019. The issue is not that players don’t deserve a second chance but that the All Blacks appear to overlook certain character traits providing they can do a job on the field. That’s not a great attitude for rugby in general but particularly poor from a team that often proclaims a moral superiority over others.

This isn’t about ‘cancel culture’, it’s about accountability. Reece, Frizell & P*ddy J*ckson have a unique opportunity to work with charities & organisations who prevent violence & sexual assault against women. Learn, show remorse, educate. Instead, they pretend it didn’t happen.

Australia sevens: The men’s team were probably considered outsiders at the Olympics, so their defeat at the quarter-final stage wasn’t exactly surprising, particularly since they were against Fiji, but it was a hugely disappointing competition for the women. They went into Tokyo as defending champions, after winning gold in Rio, and were highly-fancied this time around. However, they were stunned in the last eight, once again by Fiji, and went home before the medal matches. Despite being one of the most skilful teams around, they lacked the physicality to overcome the USA, who they lost to in the pool stages, and Fijiana.

Aussie sevens had the jump on the world with their skill and speed in the early days. The game has changed since Rio, size and physicality a must now, too. Aus didn't adapt, or left those attributes at home.

Jamie Cudmore: Known as a thug on the field, it appears the former lock is not much better off it after the coach of the men’s team posted derogatory comments of the women’s side during the Olympics. The ‘reason’ for his social media outburst comes after his friend and coach of the women’s sevens outfit, John Tait, was removed from his post by Rugby Canada earlier this year following complaints from 37 players. It is awful behaviour from Cudmore – albeit unfortunately not entirely surprising – and quite rightly he has been sacked by the governing body.

Jamie Cudmore here, revelling in the Women's Olympic 7s team of his *own country* losing, because they had the temerity to speak out about the abuse, harassment and bullying they experienced under their former coach in January.