Home Who's hot and who's not Who’s hot and who’s not: Ardie Savea, Glasgow Warriors, Marcus Smith, Ireland 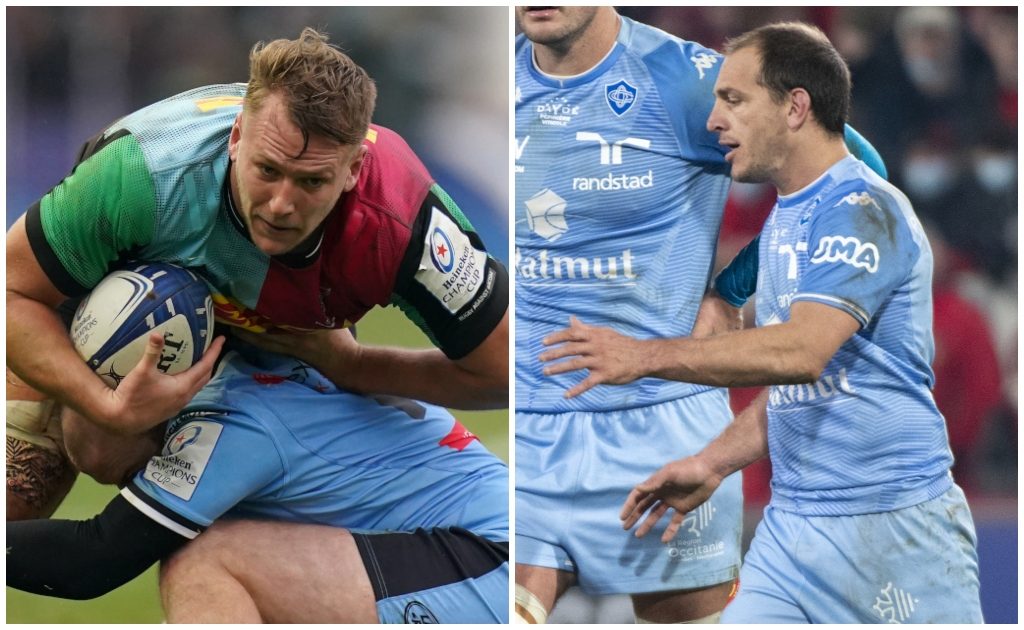 Ardie Savea, Sarah Hirini et al: The New Zealand and Hurricanes back-rower was a surprise omission as a nominee for World Rugby’s Player of the Year award but he capped a superb season when he was crowned All Blacks Player of the Year at their annual awards ceremony. Savea has played consistently well for the men in black and is a deserved winner as he beat out other nominees in Jordie Barrett, Rieko Ioane and Will Jordan, who also caught the eye with impressive performances during 2021. Meanwhile, Hirini claimed three awards in an amazing haul that included the coveted Kelvin R. Tremain Memorial Player of the Year. Congratulations to all of the other winners in New Zealand.

Glasgow Warriors: In many ways, Danny Wilson’s outfit have had a frustrating start to the season, but their victory over Exeter Chiefs was so much better from the Scottish outfit. Following on from their promising – albeit losing – effort against La Rochelle, the Scots utterly dominated the Chiefs from start to finish. They controlled territory and possession, completely outmuscled Exeter at close quarters and created a number of opportunities. One criticism would be their profligacy, which would have left Wilson and his charges concerned as the visitors pulled it back to 12-7 going into the latter stages, but the Warriors showed impressive composure to deservedly complete the job.

Stade Francais and Toulouse: The latest Covid-19 wave has wreaked havoc with the scheduled pool matches in Europe’s leading cup competitions, the Champions and Challenge Cups. Although it was sad to see so many matches postponed, some good has come from it as two of the French clubs in the Champions Cup, Stade Francais and Toulouse, donated the food which was going to be served in hospitality – during their matches against Bristol and Wasps – to charity. That is a magnanimous gesture from both clubs and we applaud them for it.

All the food that was due to be served in hospitality is now being donated to charity to help the poor https://t.co/wh64T548j4

Alex Dombrandt and Marcus Smith: The England duo showed why they are so highly rated as they delivered outstanding performances for Harlequins in their Champions Cup triumph over Cardiff at Twickenham Stoop. Fly-half Smith led the way with an 18-point contribution courtesy of a try, five conversions and a penalty while back-row Dombrandt was also rewarded with a brace of tries. They proved difficult to contain with Smith finishing with 64 metres gained on attack while Dombrandt completed 43 running metres as Quins are now sitting pretty atop the Pool B standings – by virtue of their superior points difference compared to Munster and Leicester Tigers.

Your Heineken Star of the Match – @Alex_dombrandt 👊

Leicester Tigers’ ‘Bomb Squad’: Trailing 20-12 with 50 minutes played against an impressive Connacht outfit, Leicester desperately needed to turn the game if they were to keep their unbeaten start to the season in check. Enter a new front-row and the decision to replace Freddie Burns and move Bryce Hegarty to fly-half. Julian Montoya, James Whitecombe and Dan Cole especially dominated their opposite numbers in the scrum, winning their side several penalties that helped turn the match in Tigers’ favour. A mention for Hegarty, too, who nailed his goal kicks and showed just what an underrated player the Australian is. Steve Borthwick was obviously delighted with his subs.

Postponement of European Cup ties: The Champions and Challenge Cup’s schedules for the second round were thrown into disarray after all seven fixtures between French and British teams were postponed. This came after the French government implemented new travel restrictions which made cross-border competition impossible. The decision to postpone those matches came after Montpellier’s and Racing 92’s respective games against Leinster and Ospreys were cancelled with the Top 14 outfits handed the match points on both occasions. It’s hard to see how the postponed games will be rescheduled and the prospect of midweek ties looks like the only viable option at the moment.

Rules in Ireland hitting teams’ pockets: While we understand it is safety first, one has to sympathise with Irish provinces as sold-out United Rugby Championship games such as Connacht v Munster and Munster v Leinster will now only be allowed to have 5,000 supporters through the gates in the coming weeks. Atmosphere and the financials subsequently take a hit because of this government decision, which must be very frustrating for the clubs and fans who were booked and excited about attending the festive action with their friends and family.

Castres’ strange decision late on: A stunned silence was the soundtrack to full-time at Thomond Park on Saturday as the supporters in attendance couldn’t quite understand what had just happened. Castres, who had just scored a 76th minute try through Kevin Kornath which brought the scores to 19-13 in favour of Munster, had their tails up and were in possession on the halfway line before Benjamin Urdapilleta opted to boot the ball into the stands. While we understand some away teams are happy to leave these European pool games with a losing bonus-point, it was perplexing they did not have one final shot at trying to grab victory. If they were in their own 22, fine, boot it out, but it felt like Munster were vulnerable and there for the taking. It was also strange why Urdapilleta took so long with the 77th minute conversion.

Castres within a score and could win AWAY at Munster and they turn around and kick it out for the losing bonus point.

What on Earth have we just witnessed.

Exeter Chiefs: There’s something amiss with the English and European giants this season and the weekend’s 22-7 pool defeat to Glasgow Warriors brought more questions about this Chiefs outfit. Yes, the conditions were horrendous at Scotstoun on Saturday but Glasgow most definitely adapted the better and were deserved winners in the fog. After a strong second half in Round One against Montpellier, it looked like Exeter might have turned a corner, but they were brought back down to earth with a bang by the Warriors as they now switch back to a Premiership campaign that’s seen them lose four of their opening 10 games. On paper their side is filled with talent but they’re not clicking.

"We struggled so much in possession, it was scary.

The mess around Brad Shields’ non-suspension: Quite frankly, it was pretty clearly not a red card in the first place, so when the back five forward was handed a four-week suspension we were shocked. There was plenty of mitigation in the incident which led to him being red carded by Romain Poite during Wasps’ game against Munster, but that was rejected by the first panel. Eventually, the right result was made after Shields appealed, but you have to wonder how Poite and the initial independent adjudicator got it wrong when the guidelines laid out by World Rugby are pretty clear.

Brad Shields has won his appeal against a 4-week ban and is free to play!

A rare example of a successful rugby disciplinary appeal.

Somewhat surprisingly, the appeal panel agreed there was sufficient head contact for a RC but found there was mitigation.https://t.co/sjPoeTZLOM