Home Who's hot and who's not Who’s hot and who’s not: Bulls’ epic victory, Danny Care’s England recall and Ethan Blackadder’s injury blow 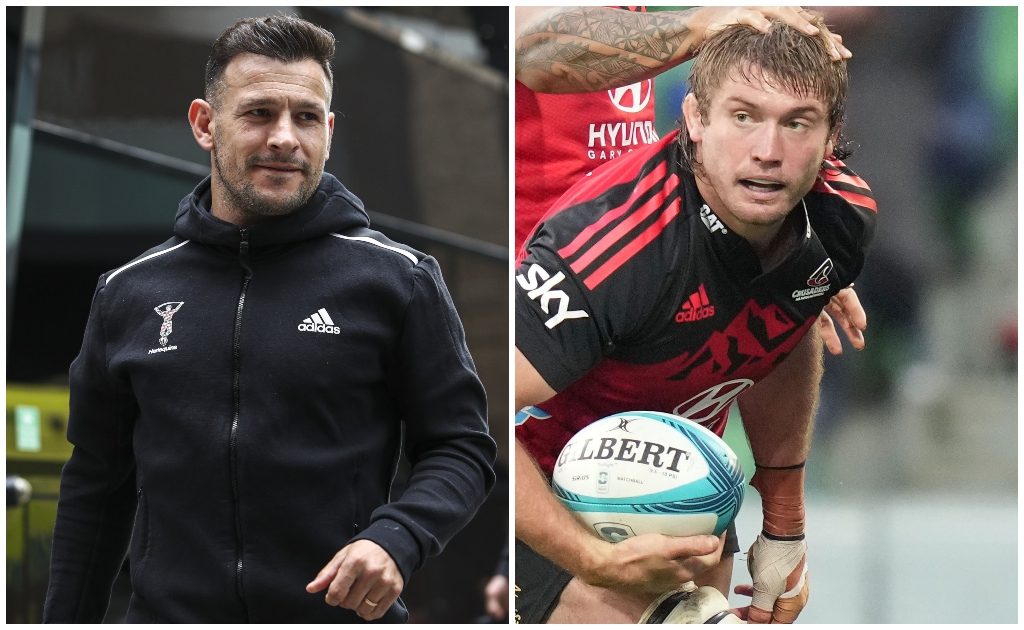 Bulls stun title favourites Leinster: Few saw that coming. Quite simply, it was an absolutely superb showing from the South African outfit. The back-row shone, with Marcell Coetzee, Arno Botha and Elrigh Louw all magnificent, while hooker Johan Grobbelaar effectively acted like an extra flanker with his carrying and breakdown work. They controlled most facets of the contest, the scrum the exception, and as a result Leinster found themselves under significant pressure. On paper, the Bulls don’t have the best side in the competition, but they have shown what experience, good coaching and on-field rugby smarts can do for a team. Congratulations too to fellow finalist the Stormers after late drama saw them book their own ticket to the United Rugby Championship showpiece game, setting up an all-South African title clash.

Blues and Crusaders: The two heavyweights of the New Zealand game are set to face off at Eden Park on Saturday in what promises to be a thrilling encounter between two evenly matched teams. The Blues head into this meeting as slight favourites as they are currently on a 15-match winning streak, with their only defeat of the season registered way back on February 26 against the Hurricanes. On Saturday, they had to dig deep to clinch a narrow 20-19 semi-final victory over the Brumbies while 10-time Super Rugby champions the Crusaders also had to work hard in their play-off against the Chiefs but eventually claimed a 20-7 victory in Christchurch. Bring on the Super Rugby Pacific final.

Saracens and Leicester Tigers: Keeping with the theme of finalists, it’s also going to be a massive week for both Saracens and Leicester Tigers after they booked their place in the Premiership final at Twickenham on Saturday. Respective semi-final triumphs over Harlequins and Northampton Saints saw Ben Earl star with a hat-trick for Saracens while George Ford led the Tigers past their East Midlands rivals on an entertaining Saturday’s action. We can’t wait for this week’s final at the home of English rugby and are struggling to pick a winner at HQ.

Danny Care’s England recall: The Harlequins scrum-half has been one of his club’s standout performers over the past two seasons and his excellent form was finally rewarded when he was included in England head coach Eddie Jones’ squad for Sunday’s encounter against the Barbarians at Twickenham. Care, who is an 84-Test veteran, last represented his country in an end-of-year international against Japan in 2018. He has excelled as one of Quins’ senior players and played a leading role during their triumphant 2020/21 Premiership campaign. The 35-year-old also provided the most try assists (17) during the 2020/21 and 2021/22 Premiership campaigns and hopefully he gets a chance to transfer his superb club form to the international arena.

Over the moon to be back in camp with the boys. Thank you for all the kind messages ❤️🌹 https://t.co/omZ4SWVEr7

London Irish tie down England youngsters: The Exiles have revealed the re-signing of both Henry Arundell and Will Joseph as the duo prepare for their non-capped England game versus the Barbarians this Sunday. Arundell has been performing all season for Irish with seven tries in 14 outings, but it wasn’t until scoring that solo try against Toulon that he became semi-famous. Meanwhile, Joseph, brother of England, British and Irish Lion and Bath centre Jonathan, will look to follow in his older brother’s footsteps to stardom after his future was tied to the West London side. They are two extremely talented players and the deals show the Exiles are very much moving in the right direction.

🗣️ “It was a no brainer to extend my time at London Irish."

Joe Marler to retire at the end of next season… maybe: Whether you’re a fan of Harlequins or England, or not, Marler has been the most entertaining rugby player for a while now. Known for his not-so-subtle wind-ups on the pitch and comical interviews, the loosehead may be calling it a day for both club and country should he miss out on a ticket to France next year. While it’s understandable considering the mental and physical tolls this sport has, we can all agree that losing the prop would be a sad day for the community of players, fans and media personnel, but probably not the referees.

🗣️ "The end is nigh. I would love to make it to the World Cup [next year] but that’s very much out of my hands."

Leinster exposed once again: The narrative has often gone that the Irish province struggle to deal with big packs and over the last few weeks they’ve failed to dispel that stereotype. At their best, the Irish province are unstoppable but La Rochelle and the Bulls have proven that Leo Cullen’s men are human. Both teams were physical, both in defence and attack, and as a result the hosts struggled to get any momentum. It is certainly something Leinster need to work out heading into the 2022/23 campaign.

Bulls were physical, bullied Leinster in tight and didn't buy into Leinster's attempt to burn them out on transition.

The death of Phil Bennett: It was a sad day for rugby on Sunday when news broke of the passing of the legendary Wales and British and Irish Lions fly-half at the age of 73. Bennett was one of his country’s best ever players and one of rugby’s great entertainers, renowned for his brilliant sidestep and swerve. He played in 29 Test for Wales between 1969 and 1978 and won two Five Nations Grand Slams and two Triple Crowns during that time. He was also one of the Lions’ stars during their 1974 tour to South Africa and eventually played in eight Tests for the famous touring team. A sad loss for the global game.

🗣️ "A player with stardust in his boots, he possessed a sidestep that would mesmerise defenders – his jinking run to spark ‘the greatest try ever scored’."

Cruel injury blow for Ethan Blackadder: It looked a nasty knock and his worst fears have been confirmed following the dislocated shoulder suffered against the Highlanders. Blackadder has undergone surgery and, according to the Crusaders, will miss the rest of this year at the very least. It means that the back-row will be absent for the entirety of the All Blacks’ Test season, which is hugely disappointing for a player that impressed so much last year. We wish Blackadder all the best in his recovery.

Not the news we were wanting.. 😢

Ethan will need surgery following his dislocated shoulder last week and will be out of action for the rest of the year. We already can't wait to see Ethan back on the park in 2023 👊🏼 pic.twitter.com/yX4yyUFuZz

Major League Rugby thrown into disarray: There were plenty of celebrations in the United States just a month ago when they were confirmed as the host of both the 2031 Men’s Rugby World Cup and the 2033 Women’s Rugby World Cup tournaments. However, there was little to celebrate last week as the men’s game was in crisis mode after two of Major League Rugby’s (MLR) premier teams – defending champions Los Angeles Giltinis and Austin Gilgronis – were disqualified from the tournament. Although MLR issued a statement saying the expulsions were for a ‘violation of league rules’, several sources revealed that it was due to salary cap breaches. With the MLR currently in its play-off phase, these clubs’ disqualification leaves a bitter taste in the mouth and hopefully the tournament recovers quickly from this setback.