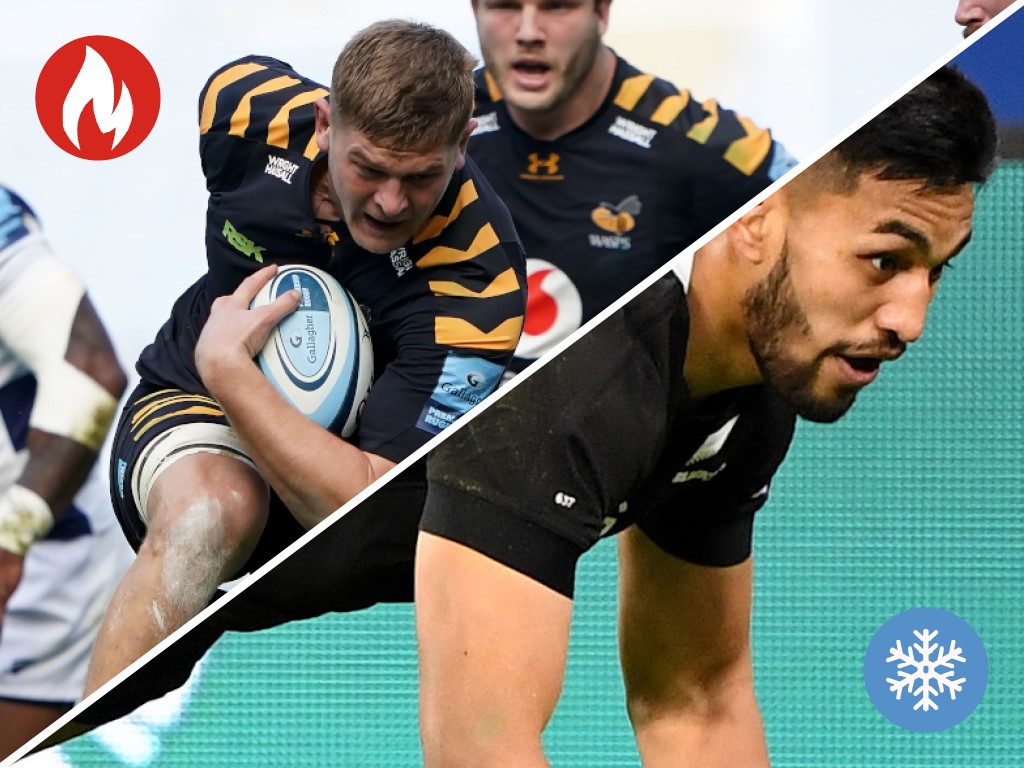 Wasps and Exeter: Booked their place in the Premiership final and deservedly so after easing past Bristol Bears and Bath respectively on Saturday. Wasps continued their outstanding form since the restart as they stopped one of the best attacking teams in the competition from laying a glove on them. Their smart, dynamic and relentless style proved too much for Bristol and, despite losing Malakai Fekitoa to injury early on, they improved as the game wore on at the Ricoh Arena. Exeter, meanwhile, were dominant at Sandy Park as, once again, they brutally turned the screw from close quarters in the opposition 22. With their first-team refreshed after being rested of late, they look very much capable of claiming the European and domestic double in the coming weeks which would be a superb achievement.

How it started… How it's going. pic.twitter.com/xGnF5jKwYH

Jack Willis: Continuing the theme of the Premiership semi-finals, what a performance that was from Wasps back-row Willis. With England head coach Eddie Jones watching on at the ground, the 23-year-old dominated the breakdown, saved what seemed a certain Bristol try from being scored and was a rock in all areas around the field. His impact on games this season has been incredible and it’s the breakdown where he’s stood out most, with 44 turnovers won in the competition so far. Remarkably that is 25 more than his nearest challenger and shows just what a unique talent the flanker is. He simply must start for England when the internationals return in the northern hemisphere later this month.

Has anyone ever seen Jack Willis and Clark Kent in the same room?

Michael Hooper: Sunday’s contest between New Zealand and Australia in Wellington was a memorable occasion for the Wallabies skipper as he was making his 100th international appearance. The Wallabies have experienced some turbulent times in recent years but Hooper has been one of only a few players who has held down his place in their matchday squads during that time and his achievement of reaching a century of games is a testament to his durability at the highest level. In fact, Hooper, who turns 29 later this month, has been a Wallabies regular since his Test debut against Scotland in 2012, under four Wallabies head coaches – Robbie Deans, Ewen McKenzie, Michael Cheika and Dave Rennie – and always gives his all in the gold jersey. Shortly after Sunday’s match against New Zealand at Sky Stadium, his counterpart, All Blacks captain Sam Cane, presented him with a special gift to celebrate his milestone. Well done, Michael!

🤝 What it’s all about. Thanks @allblacks. #Wallabies #BledisloeCup #NZLvAUS pic.twitter.com/P98SBr0B58

Leinster and Cardiff Blues: These two sides are setting the pace in their respective PRO14 conferences after Round Two and, while Ulster and Munster have also won both their games thus far, we’ve been most impressed by Leinster and Cardiff Blues. The Irish giants continue to churn out wins – their latest being away to Benetton in what is always a tricky trip – while the Blues cruised past a strong Connacht outfit in a 29-7 victory. Both these teams will be delighted with how they’ve hit the ground running in 2020/21 and will be determined to continue this solid start when the PRO14 returns after this week’s European finals.

John Cooney’s omission: The surprise absence of Cooney from Ireland’s 35-man squad for the Six Nations run-in certainly caught the eye last Thursday. In his place was Leinster’s Jamison Gibson-Park, who joins Conor Murray and Kieran Marmion as the scrum-half options at Andy Farrell’s disposal. In truth, Farrell has a wealth of riches at nine at the moment, with Luke McGrath also impressive, but Ulster star Cooney will surely feel dismayed at his slide down the pecking order. Not so long ago he was pushing Murray for the starting jersey, so to go from that to not being in the top three nines must surely be difficult to take.

This week made me reflect on how bizarre and paradoxical sport is. The thing that causes you the most amount of grief and suffering is also the biggest outlet for your relief & happiness. I don’t think there are many things in the world that provides such ups & downs.

Rieko Ioane’s blunder: The 23-year-old was playing his first Test at outside centre for New Zealand – against Australia on Sunday – and showed some good touches during the game’s early stages, particularly on attack, and he finished with a handy 64 metres gained. However, Ioane’s overall contribution to this match will be overshadowed by his blunder just before half-time. After pouncing on a handling error from Folau Fainga’a close to their 22, the All Blacks launched a stunning 65-metre counter-attack. The ball went out to Richie Mo’unga, who offloaded to Ioane on his outside, and all he had to do was dot down to give his team a comfortable 13-3 buffer. He did not do that, preferring instead to score in spectacular fashion by diving over the try-line. While doing that, Ioane lost control of the ball and after checking replays referee Paul Williams overturned the score. That moment proved costly as the game eventually finished as a draw with Ioane also at fault on defence in the lead-up to Marika Koroibete’s try, so it wasn’t a surprise that Anton Lienert-Brown replaced him shortly afterwards.

Check out this amazing move by the @AllBlacks only for Rieko Ioane not to ground the ball correctly 🙆‍♂️🙆‍♂️ #NZLvAUS #BledisloeCup pic.twitter.com/kwTK800YFs

Gareth Anscombe’s blow: The Wales international’s prolonged injury battle hit a fresh setback this past week when it was confirmed that he is set for a further year on the sidelines. Anscombe has not played since suffering knee ligament damage during Wales’ World Cup warm-up game against England at Twickenham 14 months ago so it was horrible to read that the 29-year-old now faces an extended time out of the game. How players cope with these long-term injuries always takes a good deal of mental strength so to have his recovery time doubled is horrendous for Anscombe. We wish the Ospreys fly-half nothing but our best wishes.

14 months since the original injury. Not ideal having another set back but working hard with @welshrugbyunion and @ospreys_official physios and staff to get back to where I was. Happy to say stage one is completed. Still a long way to go but taking it one step at a time 💪🏼🦵🏼✌🏻 pic.twitter.com/Lh3bMYs2Iw

Sale Sharks’ end to the season: While they’ve had their fair share of critics over the past couple of weeks, there is no denying the conclusion to their campaign must be a hugely difficult pill to swallow for players and staff alike. To miss out on the semi-finals in such style will sting as there’s no doubt they would’ve been a match for anyone in the knockouts, with their combative style and proven winners in their team making them a force to be reckoned with. But, the rise in their positive Covid cases – they were at 27 in midweek – meant their clash with Worcester simply had to be cancelled. Sale will now watch on wondering what might have been.

Thanks to everyone who has backed the club during this difficult time. We are unconditionally thankful for the support of the #SharksFamily. 🦈

😢 See you all next season… pic.twitter.com/lsnp3Wnd7M