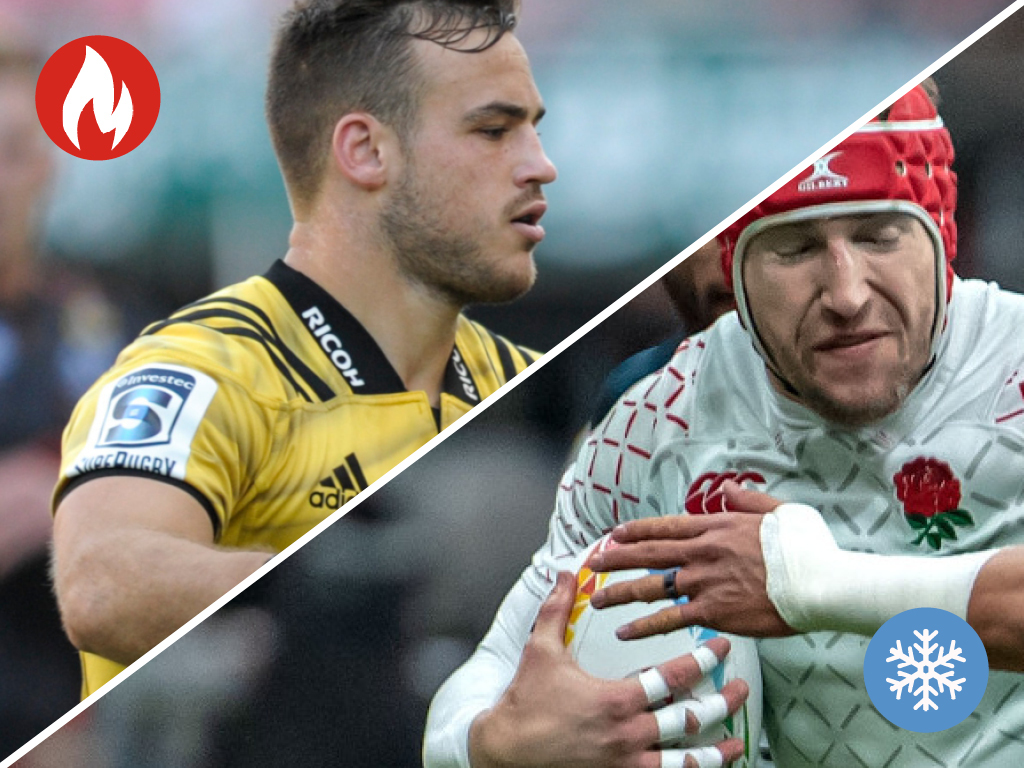 Hurricanes: The Crusaders’ remarkable home streak is over. After 36 games and over four years, the 10-time Super Rugby champions have finally succumbed in Christchurch. The ‘Canes were the team to break that outstanding run, claiming a deserved 34-32 triumph to keep the Super Rugby Aotearoa competition alive. Since Scott Robertson has taken charge, the ‘Saders have not lost at Orangetheory Stadium which showed just what the Hurricanes achieved by stunning the best side in the southern hemisphere. It keeps Jason Holland’s charges in the race for the title and no doubt gives them momentum for the rest of the tournament.

Tigers’ signing spree: Leicester supporters would have been understandably concerned when the likes of star backs Manu Tuilagi, Kyle Eastmond and Telusa Veainu walked away from the club due to contractual disagreements earlier this month. Since then, however, it has been signing after signing from the Welford Road outfit, with Matías Moroni, Kini Murimurivalu, Kobus van Wyk and Luke Wallace four of several new faces coming through the door. That will no doubt buoy Leicester fans ahead of the return of the Premiership as with Fijian star Nemani Nadolo already in the mix, suddenly their backline is looking much improved.

Beauden Barrett’s return to 10: There had been calls in some quarters in recent weeks for Barrett to be moved from full-back into his former position of fly-half, this because of his struggles in the 15 jersey. A harsh call to replace Otere Black, maybe, but Barrett’s qualities simply must be on the field so it was intriguing to see him back at 10 against the Chiefs. He more than grabbed his chance too with an assured performance in their win, with the Blues looking a touch sharper on attack as they returned to winning ways. Barrett might now focus on 10 once again but with Richie Mo’unga on fire, who starts for New Zealand?

Scarlets’ off-field arrival: The appointment of former All Blacks captain and hooker Sean Fitzpatrick as a non-executive director and global ambassador is a step in the right direction and a coup for the Welsh region. The 57-year-old is a true legend of the game, who represented New Zealand in 92 Tests – 51 of those as captain – and was part of his country’s squad which won the inaugural World Cup in 1987. With such an impressive record, Fitzpatrick should add value at Scarlets, and having him in their ranks will boost the club’s profile and help grow their brand globally as they look to become a major player in the game.

🗣️ "I see this as a real opportunity to have an influence and help grow this great game." #GuinnessPRO14

Sevens players given awful news: One had to feel a great deal of sympathy for England’s men’s and women’s Sevens players when it was reported this past week that they may not have their contracts renewed because of the financial impact of coronavirus. According to The Telegraph, some players have been told to find new jobs as the Rugby Football Union cannot fund their contracts. One such player is stalwart Phil Burgess who said: “I have a wife, a child and a mortgage to pay. And I am being asked to find a job, keep fit and then ask this job if I can come away for six months to play rugby and then return to the job. In the current climate we are in, people are not just giving out jobs and employers want commitment. Why would anyone take a punt on someone who will be around for a few months and will then be away again?” He is of course talking about the upcoming Rio Olympics in 2021. What a mess for the players who are in a big dilemma.

Paywall for @KateLouiseRowan’s whole article but you’ll read enough in 20 words to feel for the men and women who give their all for an England shirt…https://t.co/stLRRUeDTw

Force being nilled: Since returning to the Australian top-tier, the Western Force have been competitive and even on Saturday you could not doubt their resilience or spirit, but they were outclassed by the Brumbies. It showed the team’s limitations as Tim Sampson’s charges struggled to penetrate the Canberra outfit’s defence. The Force were disappointing in attack, making far too many errors, and are five points adrift at the bottom of the Super Rugby AU standings after three successive defeats. They really need a victory to lift spirits and will look to break their duck when they host the Rebels in Perth this Friday.

The Brumbies start the second half like they did the first!

Will Miller stretches over in the corner and they lead the Force 19-0.

Chiliboy Ralepelle: After receiving an eight-year ban due to testing positive for a banned anabolic agent in 2019, it was not a surprise when the former Springbok hooker decided to appeal his sentence, although this was the third time he had tested positive for using prohibited substances. What was surprising, however, was his subsequent comments regarding his latest transgression. According to a Sport24 report, Ralepelle said the doping control officer “lied in their testimony during the hearing as to how the sample collection process unfolded and the irregularities therein.” In a statement, the 33-year-old also said: “I do believe that we, as black rugby players, are held to a different standard. Racial inequalities continue to persist in the sport, and I, for one, will continue to fight, so that future generations of the sport, don’t have to.” Accusing the doping control officer of lying and also playing the race card is disappointing and seems to be the acts of a desperate man. Former Bulls hooker Ralepelle will have to own up to his errors, and the sooner that happens, the better for all.

Former Springbok hooker Chiliboy Ralepelle has confirmed he will challenge the 8-year ban handed to him by the SA Institute for Drug-Free Sport. Ralepelle tested positive for the banned anabolic agent Zeranol in an out-of-competition test in January last year. #DStv403 pic.twitter.com/ryLOyQMTTo

Chiefs’ unwanted record: It was another disappointing day at the office for head coach Warren Gatland and his charges as they suffered an agonising 21-17 loss against the Blues in Auckland on Sunday. That defeat means the Hamilton-based outfit have lost all six of their Super Rugby Aotearoa games and it is their seventh successive defeat after they were also beaten by the Hurricanes in their final match of the truncated Super Rugby tournament earlier this year. That is the worst losing run in the Chiefs’ history and they face another daunting task this weekend against the table-topping Crusaders, who will be determined to get back to winning ways after losing their first Super Rugby Aotearoa match, against the Hurricanes in Christchurch on Saturday.

Warren Gatland's Chiefs slumped to a franchise-record seventh straight loss today, going down 21-17 to the Blues who revived their title chances after back-to-back losses in Super Rugby Aotearoa. pic.twitter.com/pN81vTyMzp