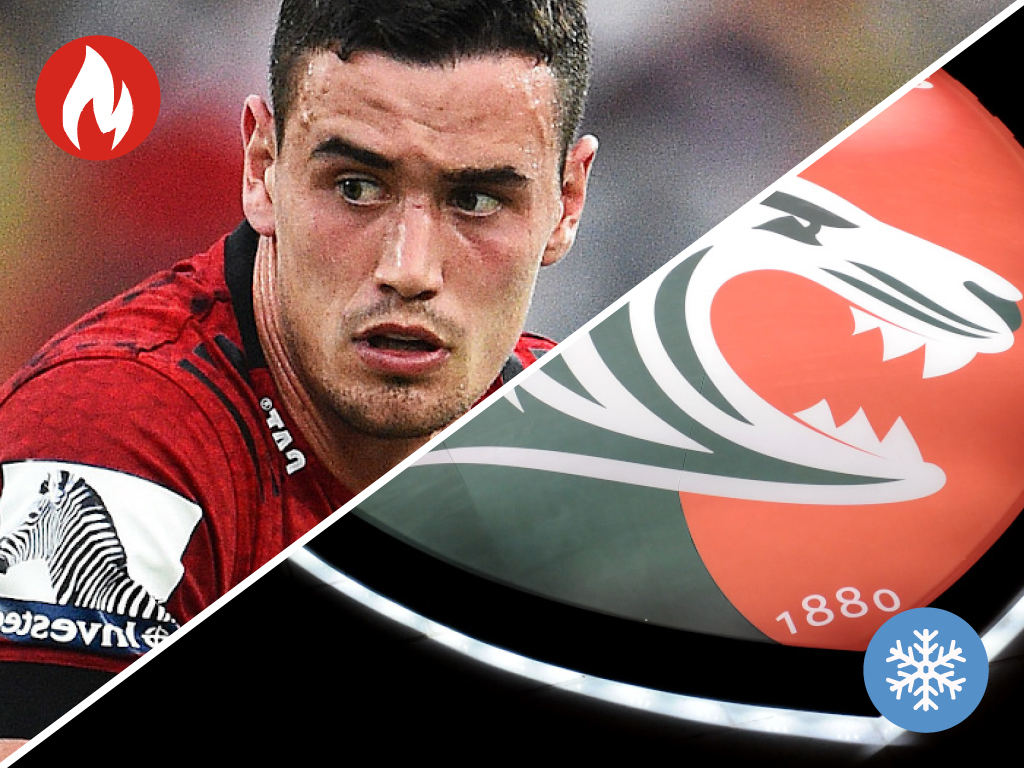 Beauden Barrett deal: Although it will be a shame not to see the star playmaker in Super Rugby in 2021, it is a situation that works for all parties. For Barrett, he’s able to earn a hefty wedge of cash in a league that shouldn’t be as taxing on his body, while the Blues are still able to call on his services for two more years and the All Blacks can incorporate him into their plans leading into the 2023 World Cup. No doubt, there is a temptation to move to Europe with the opportunity of playing in the Champions Cup, as well as the financial lure that comes with it, but New Zealand Rugby appear to have found a happy medium with their players that benefits both parties.

We can't wait to see Beauden Barrett back in Japan after #RWC2019 , only this time he'll be playing for our domestic Top League with the team Suntory Sungoliath @sungoliath 🦍 🔥

Cardiff Blues’ savvy signings: With the current focus primarily on the fact that most teams are not really committing to bringing in players due to the coronavirus crisis, the Welsh region are quietly putting together a talented team. After the addition of talented youngster Sam Moore, who is a shrewd signing should he steer clear of injury, and Wales second-row Cory Hill, the Blues brought loosehead Rhys Carre back to the Welsh capital. Carre left the Arms Park last season to join Saracens but, following the Londoners’ relegation from the Premiership, Cardiff have moved to re-sign the international prop. The 22-year-old has developed nicely over the past 12 months and will significantly bolster the Blues squad.

Outstanding Crusaders duo: Codie Taylor and Will Jordan were two standouts for the reigning Super Rugby champions as they continued their solid start to the Aotearoa competition with victory over the Highlanders. Taylor’s work in all areas impressed but it was the hooker’s pace and fitness that really stood out, while Jordan’s meteoric rise continues as he crossed twice in Dunedin in another classy showing from the wing. A mention must also go to flanker Tom Christie as he also got a brace in the match, but it was Taylor and Jordan who really caught our eye, the latter quickly becoming undroppable for head coach Scott Robertson.

🎥 HIGHLIGHTS | How about this incredible effort from Will Jordan!

Watch all the best bits from the @crusadersrugby win over the @highlanders ▶️ https://t.co/WkHW2CelC7 pic.twitter.com/AfeTbVjY4w

Reds: It wasn’t their best performance but Brad Thorn’s troops showed plenty of character to make a fine start to their Super Rugby AU campaign as they claimed a 32-26 triumph over their arch rivals the Waratahs in the tournament opener on Friday. After conceding an early try, the Reds hit their straps – especially in the scrums where they dominated their opponents – and raced into a 19-7 lead by the half-hour mark. The Waratahs fought back and held a 23-19 lead early in the second half but the Reds regained the initiative in the final quarter to seal victory. The win was extra special for the home side as it was the first time they had beaten the Waratahs since 2013 and in doing so they ended an 11-match losing streak against the Sydneysiders.

Leicester Tigers in turmoil: It’s been a disastrous week for the Tigers as five players – Manu Tuilagi, Telusa Veainu, Greg Bateman, Noel Reid and Kyle Eastmond – left Welford Road after rejecting amended contracts. Despite locking in England internationals George Ford and Ellis Genge, there is no hiding from the impact the aforementioned departures have had as it’s been arguably the story of the past seven days. “From the outside, it’s a right mess,” was the view from Leicester legend George Chuter in an exclusive interview with us and we would have to agree. For such contract issues to escalate so late in the day shows a lack of communication and leadership and it has ultimately cost the English heavyweights one of their best players in Tuilagi. He is now very much in demand.

🗣️ "It is telling that few of those stars are ever now seen at the ground."

Chiliboy Ralepelle: The former Sharks, Bulls and Springboks hooker’s career appears to be in the doldrums due to an eight-year ban he received after testing positive for a banned anabolic agent, Zeranol, during an out-of-competition test in 2019. With Ralepelle being 33 years old, there’s little chance of him ever playing the game as a professional again even though he has indicated that he plans to appeal his suspension. Taking that approach seems a desperate move as this was Ralepelle’s third positive doping test within a 10-year period and the second time that he receives a suspension for such an offence. In 2010, he tested positive for methylhexanamine but was cleared of wrongdoing as the substance was apparently contained in Springbok-approved supplements and in 2015 he received a two-year suspension when he failed an out-of-competition doping control test while playing for French outfit Toulouse. With such a track record, it’s unlikely that he will win his appeal and hopefully this matter will be an example to other players, who are considering using banned substances.

🗣️ "The Zeranol positive case was his third positive dope test during his playing career within a 10-year period."

Brumbies v Rebels: When seeing the scoreline of 31-23 one would expect it to have been an entertaining clash in Canberra. Far from it as the Super Rugby AU game was dour for the large majority on Saturday as only a couple of moments – one coming in the second minute – had viewers on the edge of their seat. It’s maybe unfortunate that, due to scheduling, Australian derbies follow the New Zealand equivalent, as the bar is set by their trans-Tasman neighbours, but for a long time now it has been the same old story of 80 minutes of thrills and spills preceding mediocrity for television viewers. One aspect that perhaps does not help the Australian matches up against the New Zealand fixtures is also the difference in commentary teams, with the latter much more engaging and entertaining.

Was going to say it last night, but thought I'd give it the second game for another chance….. But Super Rugby AU is flat. They should play both games on Friday's to avoid following a Super Rugby Aotearoa game….. #BRUvREB

Chiefs: The Hamilton-based outfit have found the going tough in Super Rugby Aotearoa and are currently languishing at the bottom of the standings in that competition after losing all four of their matches played so far. Warren Gatland’s charges were somewhat unlucky in their opener against the Highlanders when a last-gasp drop-goal from Bryn Gatland condemned them to a 28-27 defeat. They were competitive in their next two games but still suffered losses to the Blues (24-12) and Crusaders (18-13). That meant they simply had to beat the Hurricanes – who were also winless – if they wanted to stay in the competition and while they battled from the outset it was another defeat as they went down 25-18 in Hamilton. Their latest negative means they only have three points on the table, 11 adrift of tournament pace-setters the Crusaders who, along with the Blues and Hurricanes, have played one game fewer than the Chiefs.

🔥 What a start from @Hurricanesrugby!