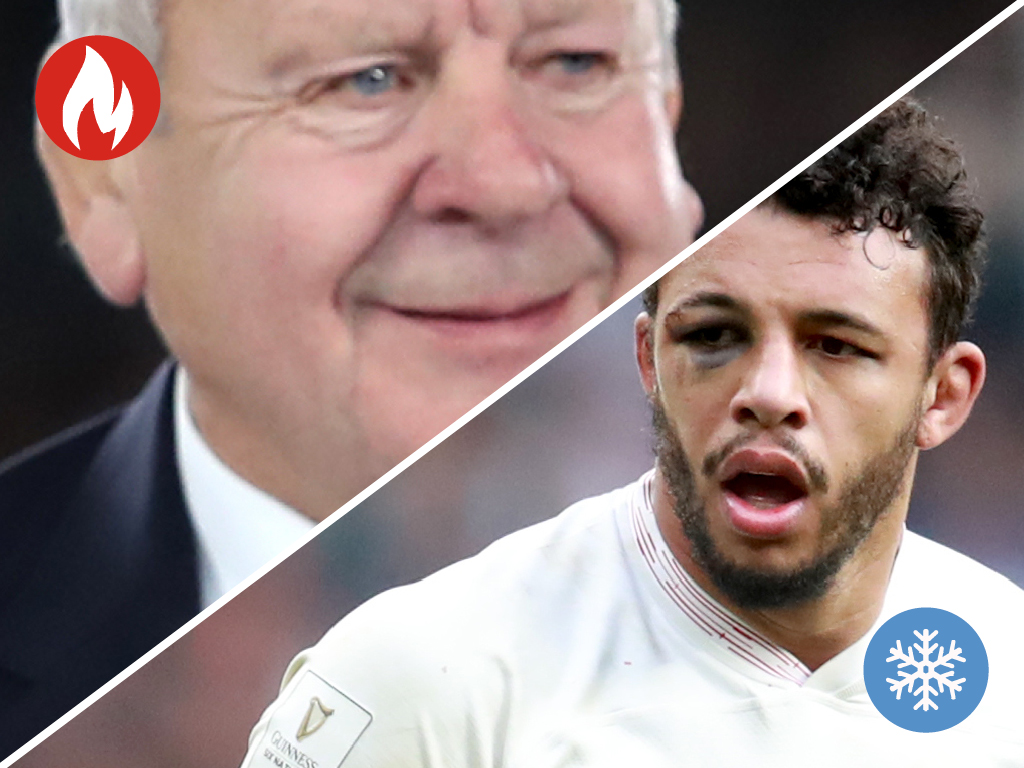 Blues going two from two: After years of underachievement, the Aucklanders look like genuine challengers following their second consecutive victory in Super Rugby Aotearoa. They were excellent against the Chiefs over the weekend, securing a 24-12 triumph to top the standings after two rounds. With them also performing well in the curtailed Super Rugby campaign earlier in the year, Leon MacDonald’s men are building nicely as they attempt to become a dominant force in the southern hemisphere – something the Eden Park-based side haven’t achieved since 2003. Many players are impressing, notably number eight Hoskins Sotutu.

PRO14 set to restart: Many around the world will have been watching Super Rugby Aotearoa with a mixture of pleasure and jealousy in recent weeks, but it was fantastic news for the PRO14 on Thursday when it was confirmed the competition would return on August 22, albeit in an abbreviated version. There is set to be just two weekends of the regular-season (Round 14 and 15) before we head into the semi-finals (September 5) and final (September 12). While it isn’t perfect, this format at least gives 2019/20 some closure, with the pace-setters getting their chance at having a crack at lifting the silverware at Cardiff City Stadium.

The PRO14 have confirmed the restart target date of August 22.

Michael Fatialofa back at Worcester training: The past six months have arguably been the most difficult time of the Worcester Warriors second-rower’s life after he sustained a serious spinal cord injury shortly after coming on as replacement in a Premiership game against Saracens in January. Despite that setback, Fatialofa is well and truly on the road to recovery and after being discharged from hospital two weeks ago, the 27-year-old made his first appearance at the Warriors’ training ground on Tuesday where he received a warm welcome from his club-mates and the staff. Although the recovery process is still in the beginning stages, the progress Fatialofa has made up to now is hugely encouraging and we wish him everything of the best with the rest of his rehabilitation.

This is just absolutely fantastic to see 😍pic.twitter.com/fYTDvlJpkb

Support of global calendar: We feel RFU chief executive Bill Sweeney summed it up best when he said this week: “There is a recognition that the current system doesn’t work.” He’s, of course, in the global calendar corner and it was encouraging to see World Rugby also add its considerable weight to the push to align the northern and southern hemispheres moving forward. Rugby’s governing body said in an encouraging statement: “All stakeholders believe that meaningful reform of the international calendar is necessary in a much-changed post COVID-19 environment to revitalise the global game and deliver much-needed alignment between international and club rugby with fewer overlaps and enhanced player rest periods.” Let’s hope the positive talks lead to change for the good of rugby.

🗣️ "Meaningful reform of the international calendar is necessary."

Welsh Rugby Union’s financial woes: The pandemic continues to wreak havoc on sports throughout the world and it looks to have had dire consequences in Wales where that country’s governing body has already abandoned their club season. In a recent open letter, which addresses the financial impact of Covid-19, WRU CEO Martyn Williams admits that his organisation will have to increase their borrowing to stay afloat. At the start of April, Wales’ top players agreed to take a 25 per cent pay cut for three months but Phillips revealed that was now being re-evaluated and it looks like the next step is to extend that time frame.

🗣️ "We are working hard to secure a loan and, importantly, on terms that allows for repayment over a number of years."

Farewell Francois Louw: One of the greats of the modern game has called it a day as the Springbok flanker announced his retirement via Twitter. It is a shame that the current situation in the world has denied the 2019 World Cup winner a true send-off, but it won’t detract from what has been a brilliant career. Having risen to prominence at the Stormers, Louw made his South Africa debut in 2010 before signing for Premiership side Bath a year later. The openside would become a legend in the West Country, helping them to the domestic final in 2015, while he continued to feature for the national team. The 35-year-old earned 76 South Africa caps and was a key part of the squad that lifted the Webb Ellis Cup for the third time last year. One of the game’s best back-row forwards, period.

Today marks my final day as a pro rugby player. No final swan-song game or fairytale farewell but that is not what I will remember. I have the memories of this adventure with me forever & I will look back everyday with my heart full & content. Thank you for being part of that.

Courtney Lawes controversy: Manchester United star Marcus Rashford became a national hero in the UK last week, forcing the government into a U-turn to allow disadvantaged kids to access free school meals. Lawes was one of the many to message Rashford on social media, initially congratulating the 22-year-old for his efforts, before producing a bizarre statement which lacked both empathy and understanding, and was simply hypocritical considering his own story. The England and Northampton Saints second-row stated in a now-deleted tweet: “Maybe now would be a good time to bring some attention to the importance of being financially secure and preferably married before having kids?” Irrespective of the fact that it was completely inappropriate and also failed to acknowledge circumstances can change for many people, Lawes himself actually had children before tying the knot. Unsurprisingly he received some heat in the aftermath.

So when exactly did Courtney Lawes turn into Katie Hopkins? 🤔 pic.twitter.com/hGbSmIBHc4

Disappointing start for Chiefs: Their opening Super Rugby Aotearoa loss at the Highlanders can be forgiven after Bryn Gatland cancelled out what looked like a match-winning drop goal from Damian McKenzie. However, there was less to spin into a positive in their most recent outing, a home defeat to the in-form Blues. What would further concern head coach Warren Gatland is that his side failed to cross the whitewash against their visitors, with a lack of fluidity in attack puzzling as they possess real quality in McKenzie, Aaron Cruden, Quinn Tupaea, Anton Lienert-Brown et al. Next up for them? The Crusaders away. Ouch.