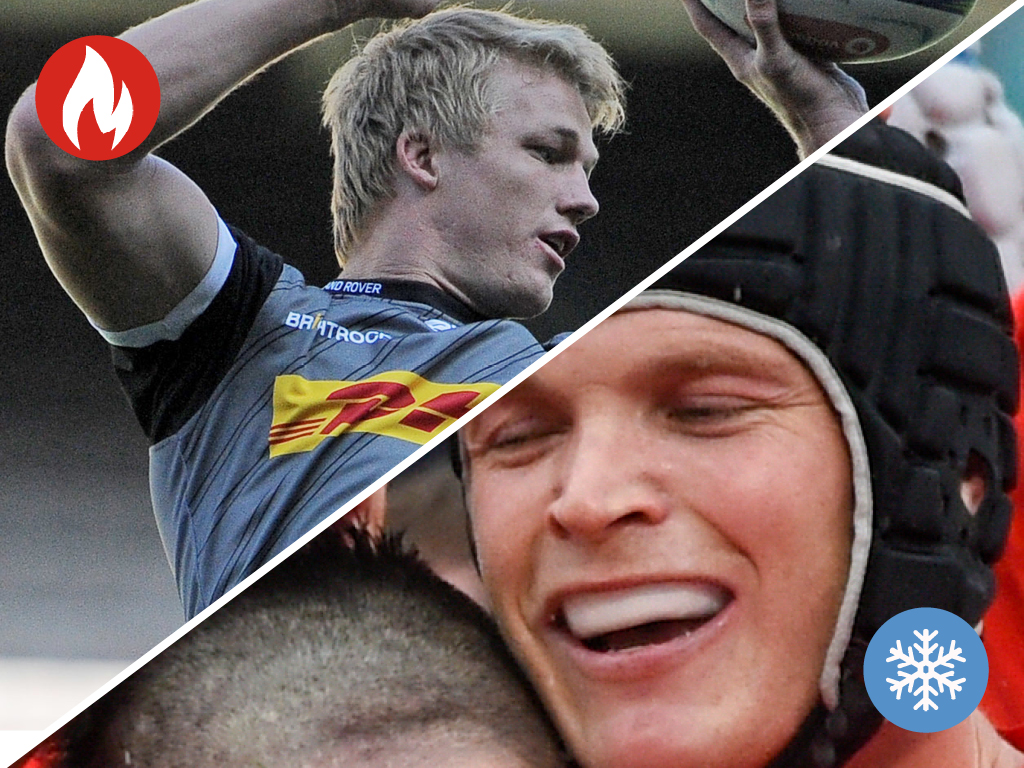 Pieter-Steph du Toit staying put: The writing appeared to be on the wall for the Stormers when the current World Rugby Player of the Year went for the option in SA Rugby’s Industry Salary Plan which allowed players to cancel their contracts during a 21-day window. With big money offers from France and Japan reportedly on the table, it looked like Du Toit’s five-year association with the Cape-based franchise was coming to an end, but he had a change of heart and subsequently withdrew his contract termination notification. Under his deal extension, the outstanding 27-year-old will stay with the Stormers until at least the end of the 2021 British & Irish Lions tour to South Africa, which is a major boost for the Springboks and his Super Rugby outfit in the upcoming seasons.

Global calendar talks: There are very few positives about the current situation around the world but one may be the opportunity for the north and south to align their seasons. A global calendar has been talked about for a while and it is great to see that the Six Nations and SANZAAR are in discussions during this enforced break. As we discuss further down, the respective campaigns in Europe may not be finished until December, but that may provide the ideal opportunity to begin what would ordinarily be the 2020/21 season in February or March, which would be in line with the southern hemisphere.

The Six Nations and Sanzaar are working on proposals for an aligned global calendar.

Major positive, even if it is long overdue.

Wasps re-signings: Clubs around the world may well be struggling financially but the Coventry-based outfit have found the resources to retain a key quartet for the immediate future. Rampaging back-row duo Thomas Young and Jack Willis are the eye-catching names in that list having been among the top performers in the Premiership over recent years, but Marcus Watson and Jimmy Gopperth are also excellent re-signings. Watson has consistently impressed since joining from Newcastle Falcons while Gopperth – the player of the year in 2017 – has bounced back superbly after sustaining a horrific injury in 2018.

Just watch Thomas Young transfer the ball from one hand to the other last minute to avoid the ball slap#class pic.twitter.com/ZRtMywExI4

PRO14 investment deal: News broke on Friday that arrives as a timely boost for the PRO14 at this troubling time. A multi-million pound investment from CVC Capital Partners (CVC), which will see them acquire a 28 per cent share of PRO14 Rugby from Celtic Rugby DAC, comes as they see long-term potential in the league. There is also a fillip for Federazione Italiana Rugby (FIR), who join Celtic Rugby DAC as a shareholder after 10 years of participation in the league. CEO of PRO14 Rugby, Martin Anayi, summed up the general excitement over the investment, saying: “This partnership allows all of our stakeholders to plan for a sustainable period of growth which will benefit the fans, the players and the game.” One hopes the multi-nation tournament now goes from strength to strength.

Tyler Bleyendaal retirement: It was incredibly sad to see the hugely intelligent Munster fly-half announce that he would be waving goodbye to the game with immediate effect due to a long-suffering neck injury. When fit, Bleyendaal delivered some excellent showings for the Irish province but due to his ongoing issues with his neck, the former New Zealand U20 representative was limited to just 62 appearances for the Munstermen during a five-year spell. The 29-year-old announced himself to the world in Super Rugby with the Crusaders, where he was legendary All Blacks pivot Dan Carter’s back-up for a few seasons, before moving north to Munster. It’s always sad to see a player forced out of the game due to injury and we wish Bleyendaal nothing but the best with his future endeavours.

@Tylerbleyendaal One of the best blokes I have had the priviledge to play with, a great friend and a true warrior. All of the best for you and the family embarking on the next chapter in your life🙌 pic.twitter.com/ZRVPYzmvpC

Premiership return delayed: There has always been a doubt as to whether the 2019/20 English top-flight will be completed but there must be serious questions now after the clubs’ return to training was quite rightly delayed. Although cases of the coronavirus appear to be declining in England, the situation wasn’t deemed safe enough for the teams to begin preparations for a restart to the season. That means games are unlikely to take place in early July as was hoped and means the campaign may not be finished until October. With the Saracens situation adding to the complications, given that the Championship is set to start in September after the cancellation of their season, decisions are going to be difficult for the relevant governing bodies over the coming weeks and months.

No scrum policy: Unsurprisingly the idea of possibly restarting rugby without scrums and mauls for example has been met with a somewhat heated response from supporters around the world. According to a report in The Times, the proposal from World Rugby is to help reduce contact time between players on the field, thus lowering the Covid-19 risk from playing the sport. Possibly replacing scrums with free-kicks would be interesting to say the least but one does sympathise with the powers that be as they’re facing an almost impossible battle to make rugby union as safe as possible at this time, with other sports definitely having a simpler task. However, these proposed alterations would surely turn union into rugby league and also make some players’ roles in the matchday squad redundant.

Reading the law changes suggested by @WorldRugby to restart the game – no scrums, no mauls and uncontested lineouts. That isn't rugby, it would mean it was no longer a game for all shapes and sizes at the community level and players would be lost.

Reds trio refusing pay cut: The decision by Izack Rodda, Isaac Lucas and Harry Hockings to go against the grain and not take pay cuts, like the majority of Australia’s other professional players, was a disappointing one and it looks like a very selfish move from the trio. With the game in unchartered waters due to the coronavirus pandemic, taking a pay cut was the natural thing to do but it looks like Rodda, Lucas and Hockings took advice from their manager, who could soon be offering them to overseas clubs, who will offer them more money. The Queensland Rugby Union and Rugby Australia have done the right thing by releasing the trio from their contracts and although the national governing body’s CEO, Rob Clarke, has said he does not expect their departures to set a precedent for other Australian players looking to exit contracts to play overseas, the actions of the Reds trio leaves a bitter taste in the mouth as it sets a bad example.

Far north coast Wallaby Izack Rodda has been released from his contracts with Rugby Australia and Queensland Rugby Union.

It comes after the 23-year-old were stood down by the Reds earlier this week after turning down a pay cut brought on by the pandemic.@_LachlanGrant pic.twitter.com/lEJLn8BErk