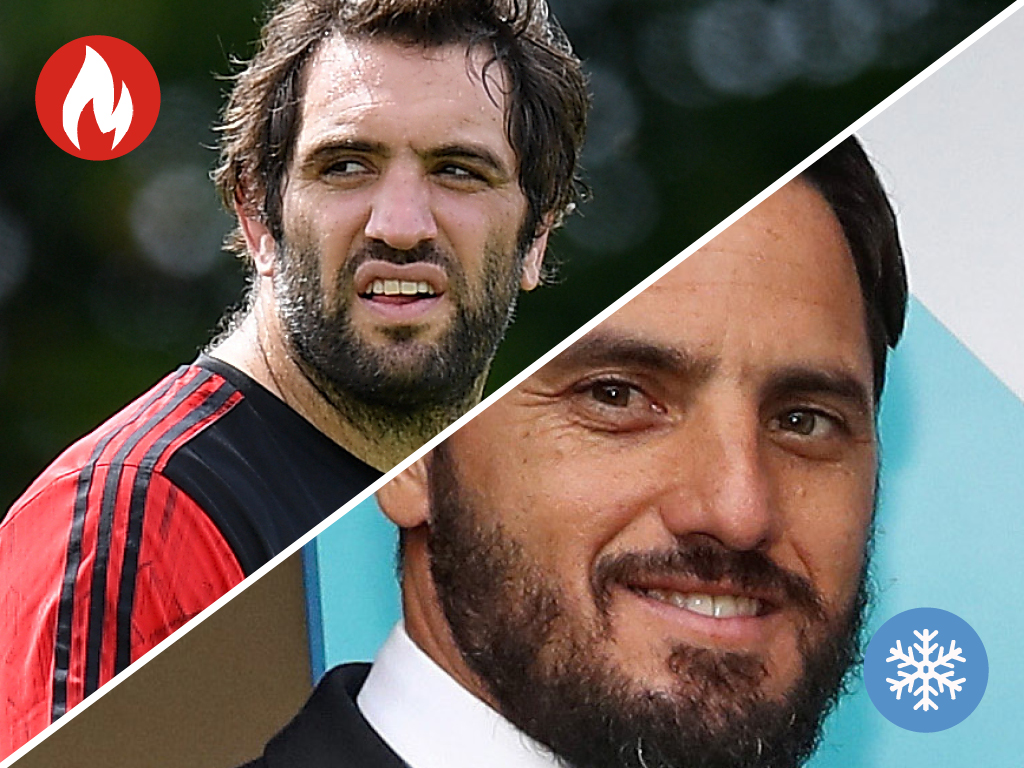 Big names set for Super Rugby Aotearoa: The sport returns to New Zealand’s shores when they begin their domestic competition and it will be stacked with talent. With travel restrictions in place, it also means that individuals that were not supposed to feature this season will take part in the tournament. All Blacks legend Sam Whitelock, who had signed a contract in Japan, is one of those, while 2015 World Cup winner Nehe Milner-Skudder is another that will feature after joining the Highlanders. Julian Savea has also announced that he will return to New Zealand, although the wing will not feature until 2021 should he agree a deal with a Super Rugby franchise.

Excited to play again in one of the best comps ive ever played in. It's going to look a bit different in many ways, but I'm excited for what's ahead. ✊🏽💙💛 @Highlanders pic.twitter.com/vlGbczFs7Z

Try-scoring law amendment: We applaud the move by World Rugby who have revised a law which allowed tries to be scored against the base of the post. That has now been altered, which means that players can now only touch down on or over the whitewash. It is a hugely positive move with defending the upright becoming an almost impossible task as individuals regularly strayed offside in an attempt to prevent teams from scoring. With health and safety paramount, there have been instances of players lifting post protectors up to help them defend, which is potentially dangerous.

Racing 92 and Worcester make shrewd additions: Two excellent signings were confirmed by the Paris giants last week as Wallaby duo Kurtley Beale and Luke Jones decided to make the switch to France later this year. Beale lining up alongside Finn Russell is a salivating prospect while Jones is a hugely underrated forward who will add plenty to Racing’s pack. Meanwhile, Worcester announced an impressive arrival of their own as Matt Kvesic was confirmed to be returning to Sixways from next season on a long-term contract. Kvesic is an outstanding back-row but struggled to nail down a starting place at Exeter Chiefs. He is set to be a key man at the Warriors, who hope he can kick them on to greater things whenever rugby returns. We look forward to seeing all three in their new colours.

🗣️ "I am looking forward to what the future holds." #GallagherPrem

Ospreys investment: The cash-strapped Welsh outfit received a shot in the arm with the news that an Asian-based sports marketing group, Y11 Sports & Media, have acquired a majority 71.5% shareholding in the region. That is a major coup for Ospreys as they have been struggling in recent years and the 2019/20 season has been a disappointing one for them as apart from their financial woes, they were also not firing on the playing field. They were languishing at the bottom of the PRO14’s Conference A standings, with just two victories registered from 13 matches played when the tournament was put on hold due to Covid-19. This “multi-million pound deal” should go a long way in helping to turn around the team’s fortunes and get them back on the right track when rugby resumes.

We’re now owned by the guy who produced the dull one-star schlockfest The Bye Bye Man, which is certainly a development.

Really interested to see what comes of this. I think the O’s are a marketable brand, we’ll see what happens, assuming quite a lot of money is being pumped in.

Cheslin Kolbe: Apart from hitting the headlines due to his scintillating performances as a player, the Toulouse and Springboks flyer was also in the news for doing special things off the playing field this past week. Kolbe, who is currently under lockdown in South Africa, has raffled off a pair of boots he wore during the Boks’ successful 2019 Rugby World Cup campaign in Japan to help raise money for charity. Hopefully, this initiative is a successful one as all funds raised is in aid of a non-profit organisation which runs various socio-economic programmes in poorer communities in South Africa. A wonderful gesture, Cheslin.

Agustin Pichot walking away from World Rugby: It was perhaps inevitable, but nonetheless disappointing, to see the Argentinian legend resign from the council after his defeat in the World Rugby elections. Pichot has served as vice-chairman under Bill Beaumont for the past four years and always came forward with innovative ideas. They were sometimes slightly off the wall but the former scrum-half had a forward-thinking approach which the governing body needs. He also represented the tier two nations far better than those within the corporation had done previously and, as result, Pichot will be missed.

Still incredibly disappointed by the WR chairman election and understand why Pichot won't take any role within the organisation now.

Johan Ackermann departure: Gloucester just seem unable to get it right. New coach follows new coach and it all, ultimately, ends in disaster. Similar to previous bosses Dean Ryan, who guided the Cherry and Whites to successive first place finishes in the mid-2000s, Bryan Redpath and Nigel Davies, it started well for Ackermann before going so very wrong. From the outside, it appears a strange one when you consider that the South African’s methods, which were lauded back in his native country, were apparently criticised by the Gloucester players. According to reports, player unrest led to the former Springbok’s departure, with the 49-year-old now signing a contract at Japanese side NTT Docomo Red Hurricanes.

How do we judge Johan Ackermann’s Gloucester? At their best they were a free-wheeling joy to watch and he reacquainted them with the play-offs. But there’s still unfulfilled promise to tap for whoever’s next @btsportrugby https://t.co/IkH0wdPzs0

Cancelled July Tests: The inevitable happened last week and while it was to be expected due to the current circumstances, it did not make it less of a blow to rugby fans desperate for some action. Yes, World Rugby confirmed that all international games scheduled to be played in that month had been postponed due to the coronavirus pandemic. Teams travelling to different countries to play matches seems a long way off happening for the vast majority of nations, but this was an understandable decision and one that is necessary under the current climate. Players and supporters will have to remain patient for a while yet.

🗣️ "It's the correct decision under the current circumstances."

Lions and Stormers exodus: As part of SA Rugby’s cost-cutting measures, professional players and coaches were given a 21-day window in which to request the termination of their contracts. The aforementioned franchises were hardest hit as they lost some key players in the process with two Springboks stars and 2019 World Cup winners in Lions hooker Malcolm Marx and Stormers back-row Pieter-Steph du Toit amongst those to trigger the get-out clause in their deals. Apart from Marx, the Lions lost the services of wing Tyrone Green, fly-half Sean Reynolds, lock Ruan Vermaak and assistant coach Neil de Bruin. Meanwhile, Du Toit was joined by fly-half Jean-Luc du Plessis and utility forward Cobus Wiese as players who have parted ways with the Stormers. All quality players out of the door.

SA Rugby's Industry Salary Plan (ISP) to deal with the repercussions of Covid-19, introduced a 21-day window allowing players to cancel their contracts with immediate effect.