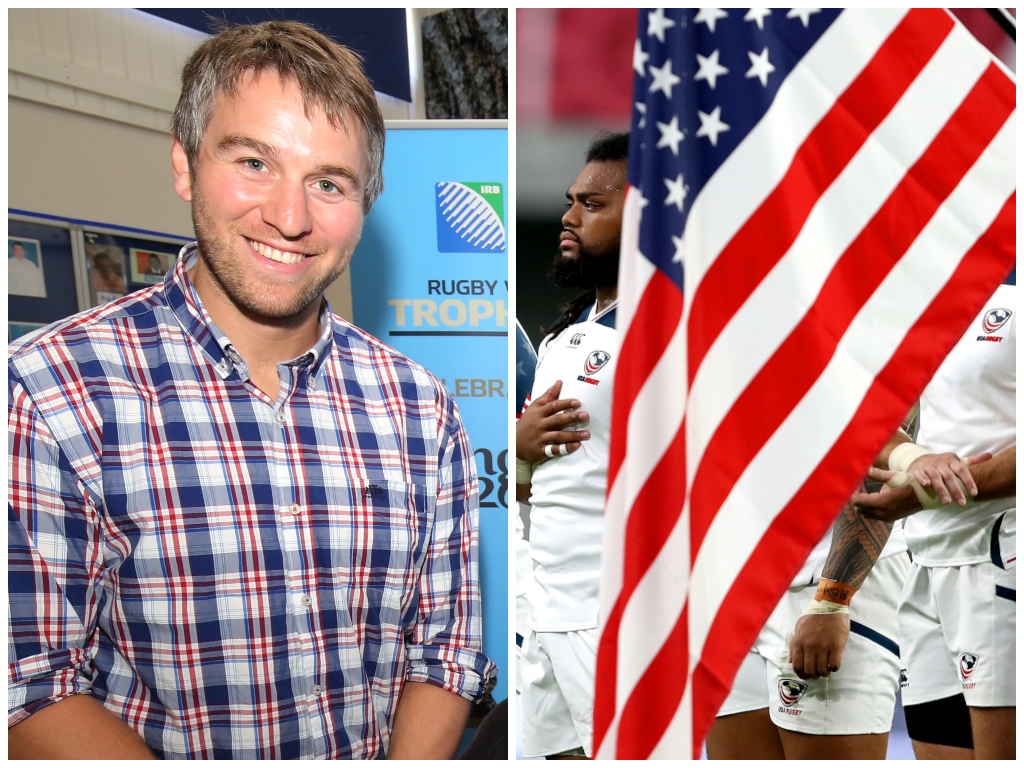 Carlos Spencer: If you haven’t been keeping tabs on King Carlos over the past week then come out from under that rock and marvel at the trick shots he is pulling out on a daily basis. Creating videos with his son Payton, Spencer’s been defying the laws of physics as he regularly sends the rugby ball through a basketball net from distance and in a variety of ways. Carlos is making what should be nigh on impossible look simple on the first, second or third attempt and social media is lapping it up. He’s set the bar high so early into the isolation period.

🤷‍♂️ This is getting silly now… pic.twitter.com/d1FbIXL4GR

Ryan Jones raising money for the NHS: What an incredible effort from the former Ospreys, Wales and British & Irish Lions number eight. He took on the challenge of running a marathon in his garden on Saturday and after feeling the burn in his knees and feet early on, Jones got through it and ran the distance in 4 hours, 43 minutes. More importantly he raised over £5000 for the NHS with his family cheering him on. Some effort. Bravo, Ryan!

#ryansgardenmarathon is done!
Thank you to everyone who’s messaged and donated – you are all amazing and I couldn’t have done it without you x
To all those people within the NHS THANK YOU ❤️
To everyone the only limits you have are the ones you set yourself 💪👍🌈 pic.twitter.com/CXSkWlMGOc

Newcastle Falcons promotion: The correct decision was confirmed on Thursday as the Rugby Football Union announced that Dean Richards’ Newcastle side would be playing Premiership rugby next season. It would have taken a miracle for Ealing to catch the Falcons, who were 18 points clear before the Championship was halted. Fortunately the key league standings in the English second tier were all but nailed on as Yorkshire Carnegie were cut adrift at the basement, so with Saracens already relegated from the top flight, this call gives some closure.

Newcastle Falcons are pleased to confirm receipt of the Rugby Football Union’s decision to promote the club to the Gallagher Premiership for the 2020-21 season https://t.co/2DlDzeSnCW

New Zealand Rugby’s Super Rugby bailout: Although some observers felt the governing body’s decision to disperse with NZ$1.25 million to their five Super Rugby franchises was not enough, they must be commended for taking such a bold step in the first place as it is a case of every little helps during these scary and desperate times around the world. With most rugby organisations cutting costs to ride out the current storm, those grants from New Zealand Rugby should come in handy to the five sides when they need it most.

🗣️ "Super Rugby is a vital part of our rugby eco-system and has a solid 25-year track record as a strong and admired rugby competition." #SuperRugby

Maxime Mbanda: Amazing work from the Italy and Zebre back-row forward, who volunteered for Italy’s Yellow Cross charity, driving Covid-19 patients to hospital in emergencies, or transferring patients from one medical centre to another. The 27-year-old flank admitted he does fear for his own health, but has pledged to carry on volunteering for the duration of the pandemic, saying he vows to push through the fear and keep doing his bit.

VIDEO: Italian rugby international Maxime Mbanda is on the front line in the fight against the coronavirus, becoming a volunteer ambulance driver in Parma pic.twitter.com/J4IsmHf2QS

The situation in Australia: Of course it’s tough for all countries at this time but the problems in Australia appear more strained. There’s been ongoing negotiations over player salaries between Rugby Australia and the Rugby Union Players Association, news of financial losses of up to A$120 million ($71.94 million) if no more games were played this year, while the pressure mounts on chief executive Raelene Castle. On the back of Rugby Australia announcing a near A$10 million loss in 2019, change at the top is being called for in some quarters but that does not excuse what’s seemed like a witch-hunt at times. Castle has had to deal with unbelievably difficult situations – the Israel Folau saga for one –  so finger pointing seems unfair and is not needed at this unprecedented time.

USA Rugby filing for bankruptcy: USA Rugby revealed early last week that it had filed for bankruptcy amid the growing financial strain faced by unions around the world due to Covid-19. The union had already been battling financial issues but the impact of the pandemic has exacerbated those issues, with the announcement said to have been coming for some time. All of USA Rugby’s competitions had been suspended indefinitely due to the pandemic, compounding an already perilous financial situation created by overspending in lead up to the 2019 Rugby World Cup. The bankruptcy process is now underway in what is sad news for both the USA and the sport.

USA Rugby has decided to file for bankruptcy because its financial woes have been exacerbated by the coronavirus shutdown.https://t.co/6JP7MYSY8v

Timing of Eddie Jones contract announcement: Could this have waited? Perhaps with what is going on in the world at the moment, England Rugby could have kept the news that head coach Eddie Jones had signed a two-year contract extension up to the Rugby World Cup in 2023 until another day later in the year. Pay cuts and even job losses have been rife across sport and business these last few weeks and with the Rugby Football Union also recently forecasting losses of up to £50m over the next 18 months, the timing of this new deal was not great.

Fiji duo arrested for isolation breach: News broke over the weekend that two Fiji players were arrested for ignoring the country’s self-isolation rules. The pair, who have not been publicly named, were given a dressing down from Fiji high-performance general manager Simon Raiwalui and Prime Minister Frank Bainimarama, the latter saying the duo put “the whole of Fiji at risk”. Reportedly one player arrived from Singapore and decided not to self-isolate, which has irked the bosses. “For those of you that have chosen not to respect the mandatory 14 day self isolation, shame on you and each of you’ll have your day of reckoning,” Raiwalui wrote on Facebook.