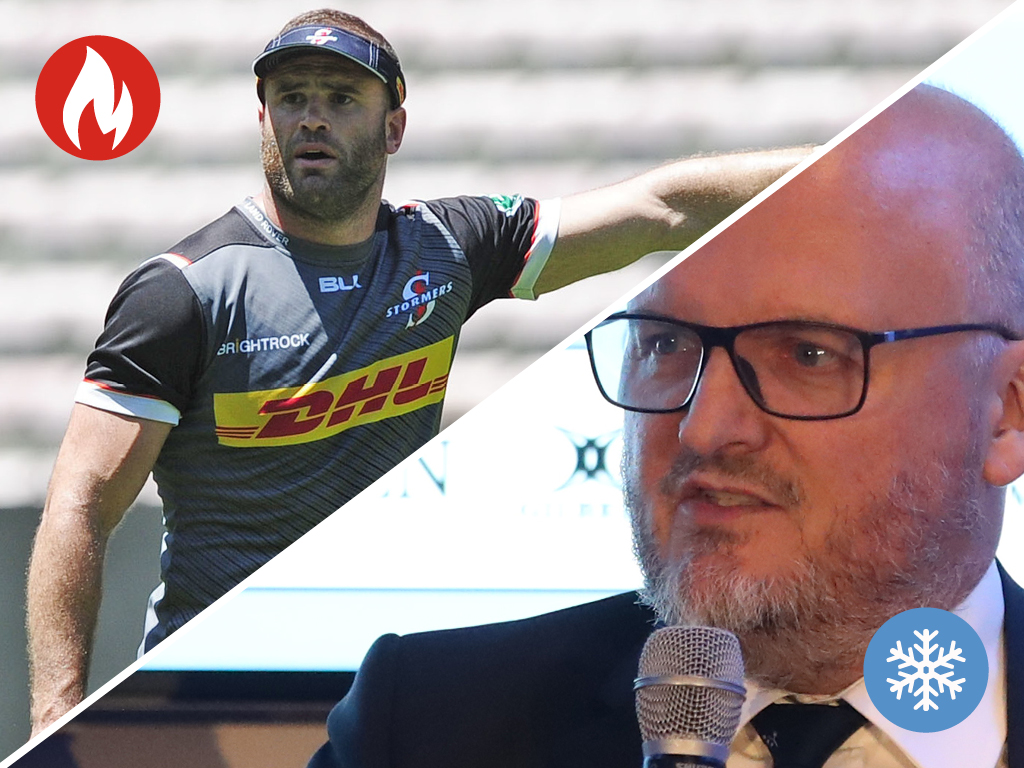 Make that call: With the game and most facets of society on an indefinite break during the coronavirus pandemic, this initiative, in which players reach out to the the most vulnerable during these trying times, must be commended. The #makethatcall movement, which was started by Wasps, sees players call fans in isolation just to have a chat and offer support. Other Premiership clubs like Leicester Tigers have also come on board and it’s good to see how players lift the spirits of their club’s supporters by simply ringing them up.

Keep in touch with friends and your #TigersFamily 🐯 during this challenging time for us all.

Today, @George_Fordy gave long-time Season Ticket Holder, Tom, a call to see how he is managing at home.

Jamie Roberts: The Stormers and former Wales centre earned plenty of praise last week when he allowed a frontline doctor to live in his Cardiff flat to help with the ongoing fight against Covid-19. Roberts, who is a qualified doctor, returned to Wales from Cape Town late last week and usually rents out the apartment in south Wales as a holiday let. He does have another flat which he is staying in now that he is back in Cardiff.

DHL Stormers centre and qualified doctor Jamie Roberts is a handy player to have during a global pandemic. He told us about his flat in Cardiff which is being used by the NHS and what we can do to limit the effects of the virus https://t.co/XX9y3gzrap #iamastormer #dhldelivers

Irish Rugby Football Union: With the pandemic forcing several clubs and unions to contemplate pay cuts, the game’s governing body in Ireland are offering financial help to their clubs. The IRFU revealed that it will make €500,000 available due to the cancellation of the season following the Covid-19 crisis. They will inform affiliates of the application process and also provide them with additional guidance and advice in relation to maintaining their clubs.

The Irish Rugby Football Union will make €500,000 available to clubs in light of the Covid-19 crisis.https://t.co/kbr1WcE99h

Premiership players’ pay cuts: We applaud the individuals that have agreed to the league-wide wage reductions, while we completely understand those that are thinking about contesting it. For many, their short to medium-term futures are assured with deals in place for next season but, for others that are out of contract, it is a different story. Some had moves lined up but have seen them put on hold due to the financial impact of the coronavirus, leaving them in limbo over the next few months. You can’t blame those players for wanting money that they are owed, particularly if they are struggling to find a club for the 2020/21 campaign, but it is a situation which has the potential to get rather messy over the coming weeks.

A message from Club Captain @charlieewels; "As Captain of our Club, I can categorically say that the reports in @TheRugbyPaper are not true, and as a playing group, we are not in revolt against our Club."

Premiership Rugby’s reaction to Covid-19: While all of us are currently approaching every day with various degrees of trepidation, comments from Premiership Rugby CEO Darren Childs was quite scary. Childs said he hopes rugby can be the first sport back on television and his organisation’s aim is to complete the current season, whether it is in a closed stadium or open stadium. Those comments came across as being insensitive and putting finance over people’s lives.

🗣️ "Our number one priority is to find a way to play, and that is what we are all working on behind the scenes." #GallagherPrem

Australia’s new domestic competition: Ten days ago Rugby Australia confirmed that their four Super Rugby franchises and the Western Force will participate in a new domestic tournament starting on April 3. Those plans went up in smoke just a few days later when they announced that the competition was put on hold until at least May 1 after news of tighter government restrictions due to Covid-19. That they had to postpone rather sums up the governing body at the moment and the announcement of the competition was a bit ambitious in the first place.

🗣️ "Our priority is the health and welfare of our athletes and the wider rugby community as we continue to adapt to an unprecedented and constantly-evolving situation for our game and society."

Alex Cobisiero’s cancer battle:  The former England, British & Irish Lions, London Irish and Northampton Saints front-row revealed last week that he was diagnosed with testicular cancer late last year and that he has undergone surgery and a chemotherapy session to get rid of the tumour. We wish him everything of the best with his recovery and commend him for his bravery in telling his story.

Sending our love and very best wishes to @AlexCorbs….we are all behind you! ❤️ 🦁