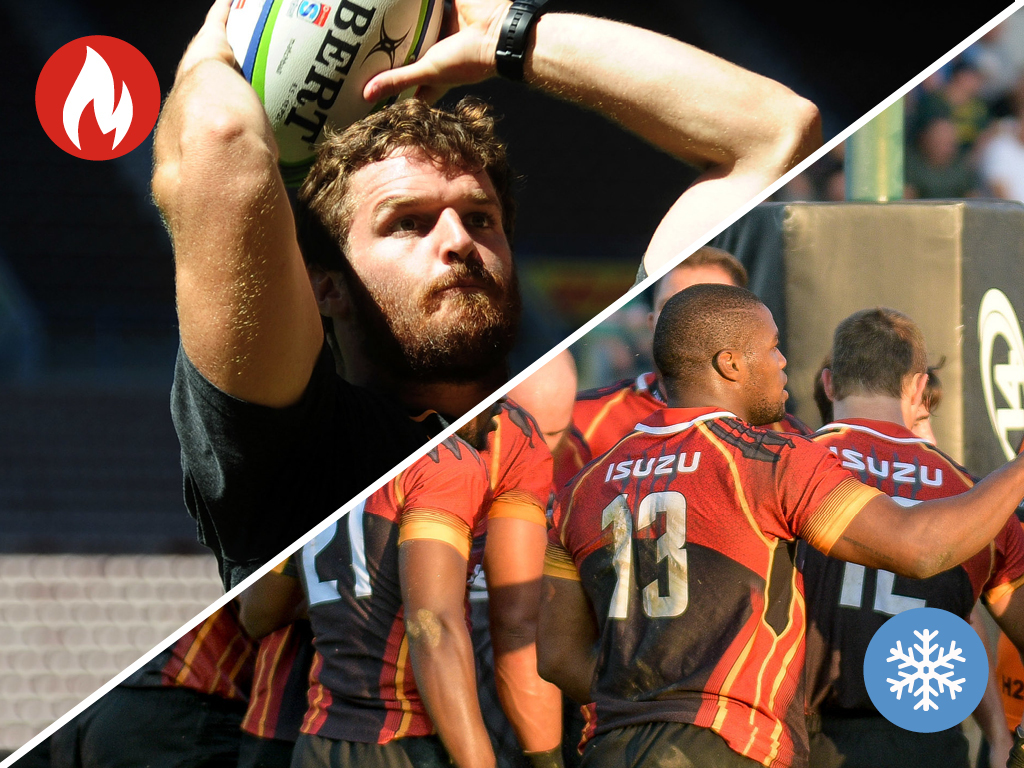 Saracens’ gesture: The Londoners have rightly been heavily criticised this season but, credit where its due, their donation to Worcester player Michael Fatialofa for every time a player touched down in their game against Sale Sharks was admirable. They promised to add £1,000 per try to the fund and in the end the whitewash was crossed seven times on Saturday. Sarries’ second team impressively defeated play-off hopefuls Sale 36-22 at Allianz Park on what was a rare good day on and off the field for the club. At the moment, over £35,000 has been raised for Fatialofa, which will help him and his family as they adjust to the life-changing injury, and should you wish to donate, his page can be found here.

Money collected via buckets will be added up in due course. Thank you to everyone who contributed! ⚫🔴 pic.twitter.com/QAlfCyfazN

Cullen Grace and the Crusaders: If you look at the back five forward’s physical attributes online they don’t immediately stand out, but that doesn’t matter when you’re as good an athlete as this 20-year-old. On his first start for the 10-time champions, Grace was utterly magnificent as they dismantled the Blues piece by piece on Friday. First of all, the blindside and his team-mates went to work on the opposition lineout before they got the upper hand in the scrum. When you add that set-piece control to a mammoth defensive effort and a clinical attacking game then you can see why the Christchurch outfit have dominated this competition under Scott Robertson. The Crusaders faltered in Round Two against the Chiefs but their 25-8 triumph over the Blues was hugely impressive with Grace seemingly another star in the making.

Super Rugby 2020 | Blues v Crusaders – Rd 3 Highlights @crusadersrugby made it eleven consecutive wins against the @bluesrugbyteam in a 25-8 win. Despite a competitive first half, the Crusaders showed their class in the end. #SuperRugby #SuperRugby25years #BLUvCRU pic.twitter.com/ZM5qtonAe1

Julian Montoya: The Jaguares hooker was a late replacement for Agustin Creevy in the Buenos Aires-based outfit’s home match against the Reds and he made full use of the opportunity as he crossed for a hat-trick of tries in his side’s 43-27 victory. Montoya, who captained the Jaguares in that match, scored all three of his tries off the back of lineout drives deep inside Reds territory. His first five-pointer was notched midway through the first half, while the other two came during the second period as the Jaguares fought back from a 24-7 deficit to secure the result.

London Irish: The Exiles continued their impressive recent form as they delivered an impressive showing to claim a 29-15 bonus-point victory against Harlequins in their Premiership clash at Twickenham Stoop on Saturday. Declan Kidney’s troops were full value for their win as they held the upper hand for long periods and led 17-3 at half-time. Although Quins launched a mini fightback after the interval, Irish maintained their composure and held on to secure the result which is their second consecutive away win after also beating Northampton in their previous Premiership match.

Job done ✅ The Exiles get the win and take 5️⃣ points away from The Stoop ☘️#HARvLIR pic.twitter.com/H4fNa2Miqd

Big turnout in Tokyo: It is somewhat ironic that the team leaving Super Rugby at the end of the season provided one of the biggest attendances in 2020 thus far. 18,708 fans turned out for the Sunwolves fixture against the Chiefs on Saturday and, while their team could not back up their opening victory over the Rebels, they were treated to an entertaining match. With attendances having been on the slide in Super Rugby in recent years, it was refreshing to see so many bums on seats at Prince Chichibu Memorial Stadium. Let’s hope it continues in their goodbye season.

Ben Curry’s landmark: First of all, congratulations to the Sale youngster who reached 100 professional games at the age of just 21 against Saracens on Saturday, but it does rather raise the debate over player welfare. It must be remembered that Curry made his debut as an 18-year-old three years ago and that the Sharks’ injury prevention and management is statistically among the best in England, but it is a lot of rugby for one so young. Interestingly, the elevation of his twin brother, Tom, to the international scene has arguably increased the load on both, with Ben having to play week-on-week due to his sibling slogging it out at the highest level. Hopefully the Currys will have a long career well into their 30s but the physical toll on those playing for Premiership clubs must be huge.

Fair play to Ben Curry, but you'd have to worry about future player welfare when a 21 year old has played 100 pro games at club level. https://t.co/jHunhJv3Sl

Championship funding cuts: It seems remarkably short-sighted from the RFU to halve the money handed out to clubs in England’s second-tier. That decision will have ramifications in both the short and long-term, from the immediate impact it will have on people’s livelihoods who are currently at those teams to the affect it could have on rugby within the country further down the line. As has regularly been argued over the past few days, many of the current Red Rose squad have learnt their trade in the Championship, with the league a useful competition for youngsters to garner experience. With investment cut, that will duly hamper the quality of the division and, more pertinently, increase the financial burden on some proud clubs that have done a lot for the sport in England.

The joint statement from two of the Championship’s more ambitious clubs – Coventry and Cornish Pirates – is damning. pic.twitter.com/BPdOCKcVxS

Dai Young: The Welshman’s nine-year stint in charge of Wasps is over after the 52-year-old stepped down as director of rugby during the week. It ends an ultimately successful tenure in charge for Young, who impressively kept them in the Premiership while they were enduring significant financial issues, before he guided them to the domestic final in 2017. However, the team’s form has gradually declined over the past three years and they have struggled in 2019/20. Although he is still part of the club, there are rumours that the former prop will depart with the Ospreys reported to be interested.

There’s only one Dai Young.

While it’s been tough recently let’s not forget the good times. pic.twitter.com/8uUThAvPyu

Northampton Saints: Although they are still occupying second position in the Premiership standings, things went pear-shaped for Chris Boyd’s men in their encounter against Bristol Bears at Franklin’s Gardens on Sunday. Saints dominated most of the match and went into the sheds at half-time leading 11-0 and added a penalty early in the second half which put them in control of proceedings. It was all Bristol after that, however, and the visitors scored 20 unanswered points to seal a deserved 20-14 win. That was Northampton’s second successive home defeat after also going down to London Irish on January 24.

Chris Boyd on Saints' lapse at the Gardens and the international and injury challenges facing his squad. pic.twitter.com/6PtIFRL0ll

Southern Kings: It was another bad day at the office for Rob Kempson’s troops as they came off second best in just about every facet of play in a humiliating 68-3 loss to Munster at Irish Independent Park on Friday. As the scoreline suggests, the Kings were like lambs to the slaughter and the Irish province outscored them by 10 tries to none. That result leaves the Port Elizabeth-based team firmly rooted to the bottom of the PRO14’s Conference B table with 10 out of their 11 matches ending in defeat.

Power, pace, precision… that @Munsterrugby performance had a bit of everything 👏