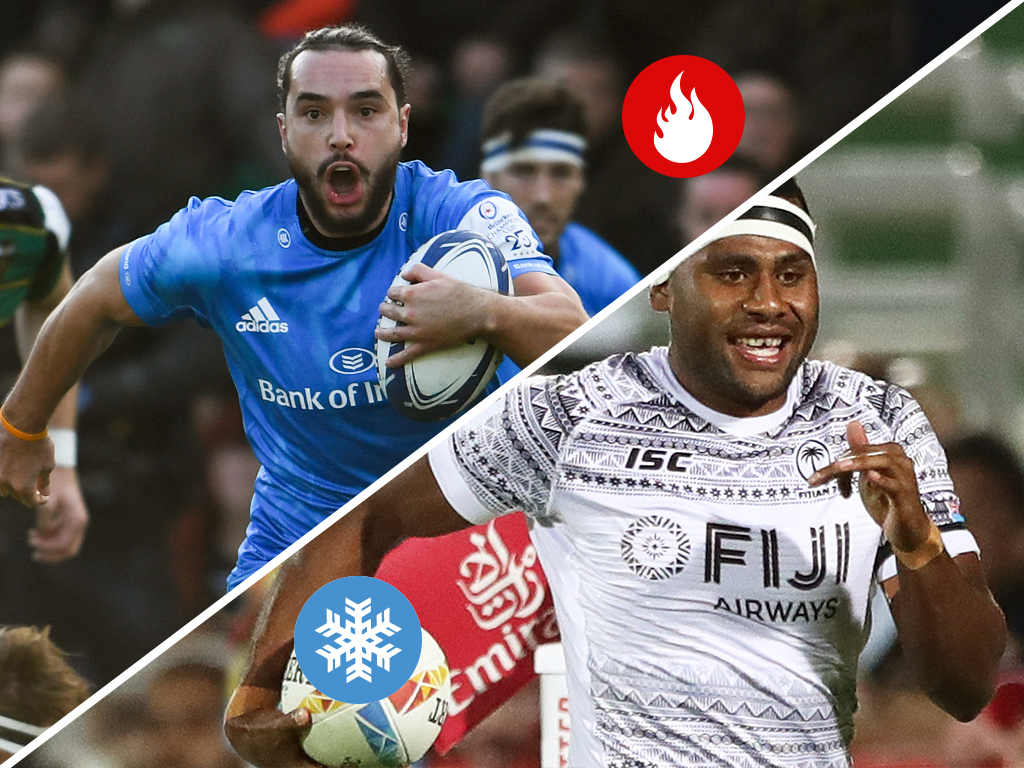 Leinster: Once again this season they proved they are the real deal and are genuinely the team to beat in both the PRO14 and Champions Cup this year. Many had viewed their visit to Franklin’s Gardens as being a banana skin as Northampton were also in scintillating form going into the game. But there was only one team in it on Saturday as Leinster cruised to a 43-16 victory on the road, scoring seven tries, as they go five points clear at the Pool 1 summit.

That was outrageously good from Leinster, seven tries to one at the home of the Premiership leaders who threw plenty at them. So clinical

The completion of the Israel Folau case: Finally, it’s all over…well, we think it is. A settlement between Rugby Australia and Folau that included an apology appears to have drawn a line under what has been a nightmare period, not just for Australia’s chiefs but also the game as a whole. With the ink barely dry on the settlement paperwork, it was reported that the Bulls in South Africa had been contacted but wouldn’t pursue the player. His next move in the sport or elsewhere is going to be interesting but for now, let us finally celebrate this long-running saga being closed.

Samuel Ezeala: The 19-year-old made his Champions Cup bow for Clermont in their bonus-point win over Bath at the Recreation Ground and what a debut it was as he was rewarded with a brace of tries during the latter stages of that match. Ezeala delivered an excellent attacking effort and apart from his tries, gained 86 metres which included three clean breaks and as many defenders beaten. It seems Clermont have yet another special wing on their hands.

He just scored a try and provided an assist in the space of two minutes on his #HeinekenChampionsCup debut… Then added a second try moments later!

Not bad for a 19-year-old! pic.twitter.com/m4UsWzxxps

Leicester, Bristol and Toulon: These three were comfortable winners in the Challenge Cup over the weekend, beating Calvisano, Stade Francais and London Irish 59-7, 37-11, 37-17 respectively. For Bristol their result makes them the only side in Europe’s club competitions to be on maximum points while Leicester needed their big win to grow confidence in the group. Toulon also deserve praise but backing their win up this week in Reading is now key.

Well, that was a good day at the office… #COYT 🐯 pic.twitter.com/gORdVNllHE

South Africa Men’s and New Zealand Women Sevens: A perfect start for the Blitzboks in the Men’s action as they beat New Zealand in the final, running out 15-0 winners over their rivals. While it was disappointment for the Men, New Zealand’s Women at least came away with silverware as they beat Canada late on in their final. Credit to the Canadians but the Black Ferns struck the knockout blow with 30 seconds remaining to pick up the first trophy.

🇿🇦 It was a perfect start to the series for South Africa. #Dubai7s

🎥 Catch up on the highlights from finals day. 👉 https://t.co/ojgdz2egnJ pic.twitter.com/VnUQC4i5Tb

Bath: The Premiership outfit’s woeful form in the Champions Cup continued when they suffered a 34-17 defeat to Clermont in their own backyard on Friday. That leaves Stuart Hooper’s men bringing up the rear in Pool 3 with just two points so far and they face an even more daunting task when they take on Clermont in the return match at Stade Marcel Michelin this weekend. That promises to be a long afternoon in France for Bath as they play only for pride.

Fiji Sevens: The defending World Rugby Sevens Series champions were amongst the favourites to get the 2019/20 campaign off to a winning start with a tournament triumph in the opener in Dubai last weekend but they were a big disappointment. The Pacific Islanders struggled to hit their stride during the pool matches and eventually failed to qualify for the Cup quarter-finals for first time in the 21-year history of the World Rugby Sevens Series round in Dubai. This, after they, along with Argentina and France, all won two out of three pool matches but the latter two teams advanced to the knockout phase due to their superior points difference. Expect a response in Cape Town.

It's full time in Fiji's final pool match, and for the first ever they are not through to the Cup quarter-finals (losing on points difference to Argentina and France)#HSBC7s pic.twitter.com/Jp8Q6ok1E3

Dan Evans: Talk about not what the Ospreys needed when they’re out of form and facing one of the best teams in Europe in Racing 92. With barely a minute played at the Liberty Stadium, Evans raised his boot whilst in the air to claim a high ball and subsequently caught the face of Racing wing Teddy Thomas with his studs. The result? Referee Frank Murphy had little choice but to give the full-back his marching orders as Ospreys duly slumped to a huge loss.

Dan Evans got a red card for this… thoughts? pic.twitter.com/kZLcYE8Tp3

Agen: As comprehensive a defeat as can be for Agen as they suffered a 73-3 negative on their home patch against Bordeaux-Begles. If it wasn’t clear before the third round of fixtures, it is now that Agen’s focus lies elsewhere and with this their third defeat in the Challenge Cup, they sit on zero points in Pool 3 and look a gimme five points for their rivals. Indeed, the reverse game this weekend should produce a similar result in Bordeaux as Europe’s second tier competition is a distraction for Christophe Laussucq’s men as survival in the Top 14 is clearly their prime focus.

Who will grab top spot? 🤯 The tight battle continues after #ChallengeCupRugby Round 3 😬 pic.twitter.com/2BroLOVHoR