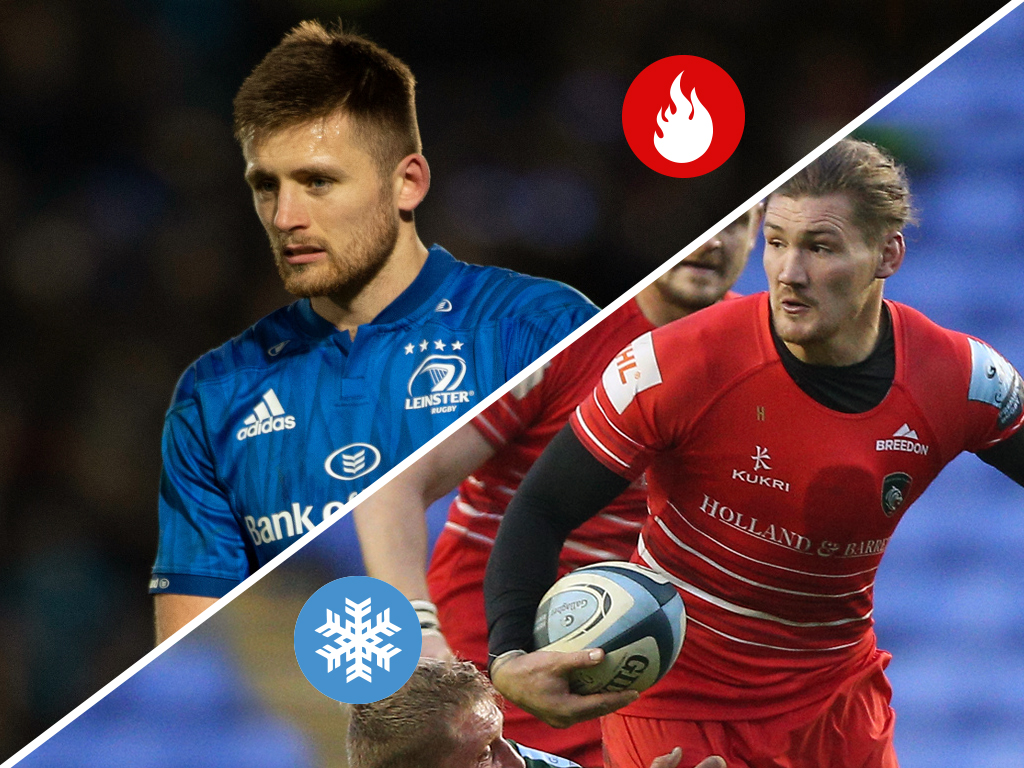 The Du Preez brothers: Contributed 22 of Sale Sharks’ points on Friday as they secured their second victory of the Premiership season with a deserved 28-18 triumph over Wasps in Salford. Fly-half Rob du Preez was accurate off the tee, kicking five penalties, while he converted brother Daniel du Preez’s try. The number eight was also named man of the match after an impressive performance which saw him consistently make it over the gain line. The brothers have certainly settled into English life nicely and will be crucial to Sale’s hopes of pushing for honours.

Dan Du Preez was on FIRE for @SaleSharksRugby last night 🔥

How vital will the deadly Du Preez trio be this season?? 👀#GallagherPrem highlights 🎥👉 https://t.co/Tu4DJbTmJw pic.twitter.com/smNxkGXtQM

Leinster: Have been unstoppable at the start of the PRO14 campaign and that has primarily been without their internationals. Connacht, who went into Friday’s fixture with just one defeat out of five, were expected to test the defending champions, but the Dubliners were simply too good, sealing a 42-11 victory. Many of the visitors’ Ireland representatives returned for the game and that helped them produce a dominant display but there were also some impressive showings from the fringe members of the squad. Hooker Ronan Kelleher scored a brace while second choice fly-half Ross Byrne had an excellent game, touching down once and kicking all six conversions attempts.

Lyon: Continue to excel in this year’s Top 14 with an impressive 45-17 bonus-point triumph over La Rochelle on Sunday. Dylan Cretin, Baptiste Couilloud, Charlie Ngatai and Loann Goujon were their try-scorers while Jonathan Wisniewski contributed 18 points off the tee at Matmut Stadium Gerland in a result that moves them five points clear at the summit. With eight wins from their opening nine league games, it’s been a brilliant start from them.

Southern Kings: The South Africans stunned the Ospreys to pick up their first win of the campaign, breaking their duck for the 2019/20 season. Although the Welsh region were once again very poor, credit must go to the Kings, who scored a stunning try and defended well throughout the encounter. After going 13-0 up at the interval, they were put under pressure in the second half, but the visitors were resolute and managed to cling on for a 16-14 away triumph.

Saracens: It has been a torrid week for the defending Premiership and European champions – although their impressive victory over Gloucester briefly lifted spirits – as they were fined over £5million and deducted 35 points for salary cap breaches. Sarries have since appealed the decision but, should that punishment be upheld, it could leave the team battling for their top-flight status. Although they would have survived in previous campaigns, this is arguably an even more competitive Premiership and the form of other teams may take the battle out of their hands.

I like Saracens as a club. I admire what they have created and I like Nigel Wray.
But, this is the second time in 5 years they have been caught breaking the salary cap rules. If you say the sanctions are ludicrous, what action do you say should have been taken?

Two falling giants: Remember when Leicester Tigers and Stade Francais were viewed as Europe’s best two teams and were battling it out for Heineken Cup glory at the turn of the century? Well, that must be a distant memory for both sets of supporters at the moment as despite a gradual fall from grace in recent years, their start to this season has been catastrophic. Leicester’s recent defeat – 36-11 humbling at newly promoted London Irish – leaves them at the bottom of the Premiership table. Meanwhile, Stade Francais lost their seventh Top 14 game out of nine so far on Sunday as they went down at home to Racing. If the duo don’t find form then relegation is staring them in the face.

Disappointing day out at the Madejski Stadium, going down to London Irish by 25 points.#LIRvLEI ☘️🐯 pic.twitter.com/BC36jaKQAD

Paolo Odogwu: Not necessarily for the incident that saw him sent-off, which was reckless and needless rather than malicious, but for the reaction. For those that did not see Wasps’ fixture against Sale, he was red carded late on for kicking out when collecting a high ball. Wing Odogwu duly connected with the head of the Sharks’ Rohan Janse van Rensburg and the correct decision was made from referee Tom Foley. It was similar to Tevita Nabura’s red card for the Highlanders last year, but the former Sale player was incandescent over the call and proceeded to make a series of needless gestures. To his credit, Odogwu has since apologised but it wasn’t a particularly controversial sending off.

This is not rugby.

First saying “what?!” at the decision from ref.

Secondly laughing at the decision.

Thirdly clapping at the decision.

And then to top it all off pulling faces at the supporters.

If he wants to do this then I can recommend the Etihad down the road… pic.twitter.com/nuWwOWCuz9

A lack of yellow cards: The standard of officiating in the Premiership is better than most – if not all – leagues around the world, but we felt it wasn’t quite up to scratch in a couple of instances at the weekend. You can’t really complain about the consistency of Foley (Sale versus Wasps) and Craig Maxwell-Keys (Gloucester versus Saracens), but both matches were scrappy and the referees could have helped with that. On Friday, Wasps conceded a huge 19 penalties and regularly strayed offside, quite often inside their own 22, yet they escaped a warning, let alone a yellow card. And then on Saturday, Gloucester continually pressurised the Saracens line in the second period at Kingsholm, with the defending champions consistently infringing, but once again they kept 15 players on the field. As Sharks boss Steve Diamond said: “He (Foley) could have tidied up the breakdown by issuing his yellows early doors.”