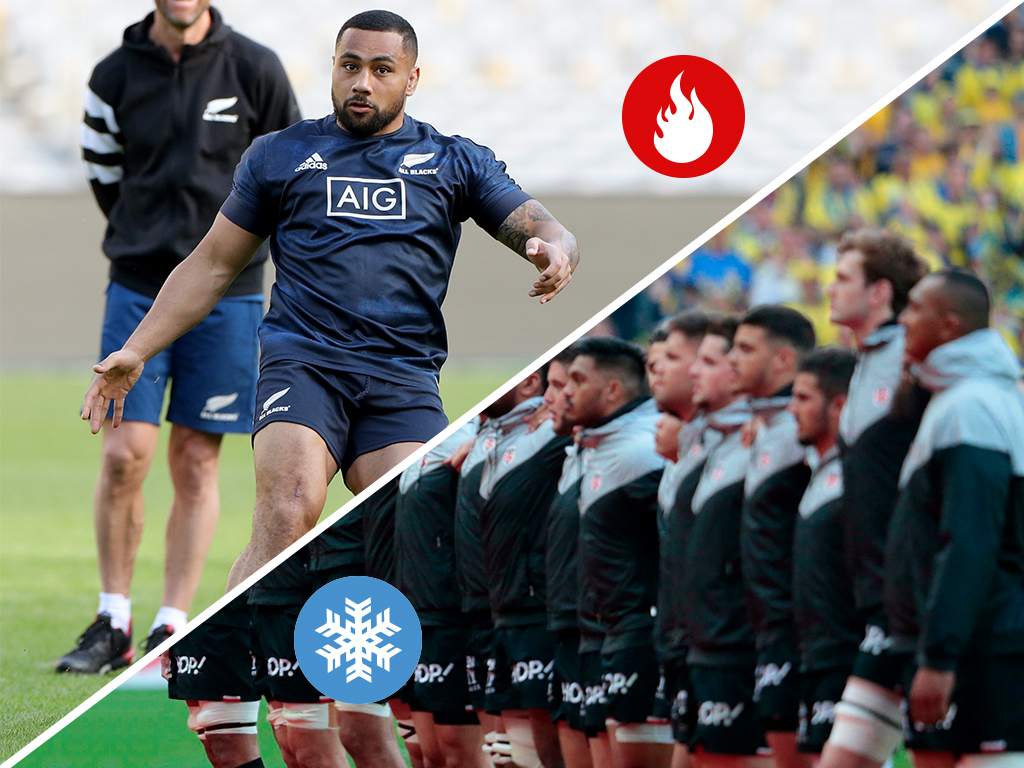 Ngani Laumape: The inside centre’s omission from the All Blacks squad for their Rugby World Cup campaign came as a shock to many rugby enthusiasts, especially in New Zealand, but he has put that disappointment behind him and responded in the best way during Manawatu’s Mitre 10 Cup encounter with Southland in Invercargill on Saturday. Laumape delivered an outstanding all-round performance, scoring a brace of tries as the Turbos launched a superb second half fightback to notch a deserved 31-26 victory.

Alana Gattinger: Canada may have been the last country to qualify for the World Cup, but they will make history in their opener against Italy in Fukuoka City on September 26 as for the first time ever a side will have a woman team manager at the tournament. Gattinger started her career with Rugby Canada as an intern in 2012 and has had several other roles since then. She officially took on the job as team manager in 2017 – when Kingsley Jones took over the coaching reins – and was part of the side’s push towards qualification for the 2019 Rugby World Cup.

She's the first but she definitely won't be the last, Canada's Alana Gattinger will be the first female team manager at a @rugbyworldcup ever this year in Japan🏉🍁 #RugbyCA #RWC2019

Saracens Sevens: England’s 15-a-side champions continued with their dominance in the shortened version of the game as they were crowned Premiership 7s champions for the second successive year. Sarries were in superb form during the two-day tournament and after finishing unbeaten on the opening day, they repeated that feat on day two with wins over London Irish (quarter-finals) and Exeter Chiefs (semi-finals) before beating Wasps 35-19 in a repeat of last year’s final at the popular tournament.

Winning is in their DNA, amazing effort 🥇 pic.twitter.com/V0wYsQOlEK

Lyon and Bordeaux-Bègles: These two clubs continued with their superb start to the season when they registered impressive home victories over Brive and Stade Français respectively. At Matmut Stadium de Gerland, Lyon had too much firepower for their hapless visitors as they ran in nine tries in a 59-3 victory. Bordeaux-Bègles were not far behind and scored seven five-pointers in their 52-3 triumph at Stade Chaban-Delmas. Lyon and UBB’s victories mean they are the only unbeaten teams left in the Top 14 after four rounds of matches with Pierre Mignoni’s side occupying top spot by virtue of their superior points difference.

Gareth Thomas’ HIV status: The former Wales captain and British and Irish Lions back revealed on Saturday he is HIV positive and has been carrying his secret “for years”. After sharing that sad news with the world, Thomas must be commended for his bravery as his revelation should go a long way to help other people who are suffering from the same condition and beat the stigma. The 45-year-old said he was forced to go public about his health after receiving e-mails which threatened to expose him and he hopes to now show how people with HIV are misrepresented.

Luke Jacobson’s injury: It’s always sad to see someone denied the opportunity to play the game, especially at the biggest tournament in the world. Although Jacobson was a surprise inclusion in the All Blacks’ 31-man squad to participate at the World Cup, he certainly deserved his spot after an excellent campaign for the Chiefs in Super Rugby. The 22-year-old flanker was champing at the bit to make his debut at the global showpiece but a delayed onset of concussion forced him to withdraw from the world champions’ squad and he has been replaced by Shannon Frizell.

🎥 Hear from All Blacks loose forward Luke Jacobson following the gutting news that he has been ruled out of the Rugby World Cup.

Southland: After losing their previous 26 matches over a three-year period, it looked like Southland were going to turn the corner in their Mitre 10 Cup encounter against Manawatu in Invercargill at the weekend as they held a 19-point lead at half-time. Things went pear-shaped after the break, however, as the Turbos scored 24 unanswered points in the second half to extend the Stags’ losing streak and leave them firmly rooted to the bottom of the Mitre 10 Cup Championship table.

Castres and Toulouse: These two teams were France’s 2018 and 2019 champions respectively but have found the going tough in the Top 14 this season and are hovering just above the relegation zone. Both have won just once so far from four matches played and were on the losing side again this weekend. Castres suffered a 27-17 defeat against Bayonne at Stade Jean Dauger while La Rochelle beat Toulouse 28-13 at Stade Marcel-Deflandre. Those results mean Castres are languishing in 10th place with Toulouse one spot below them with both teams on five points apiece.