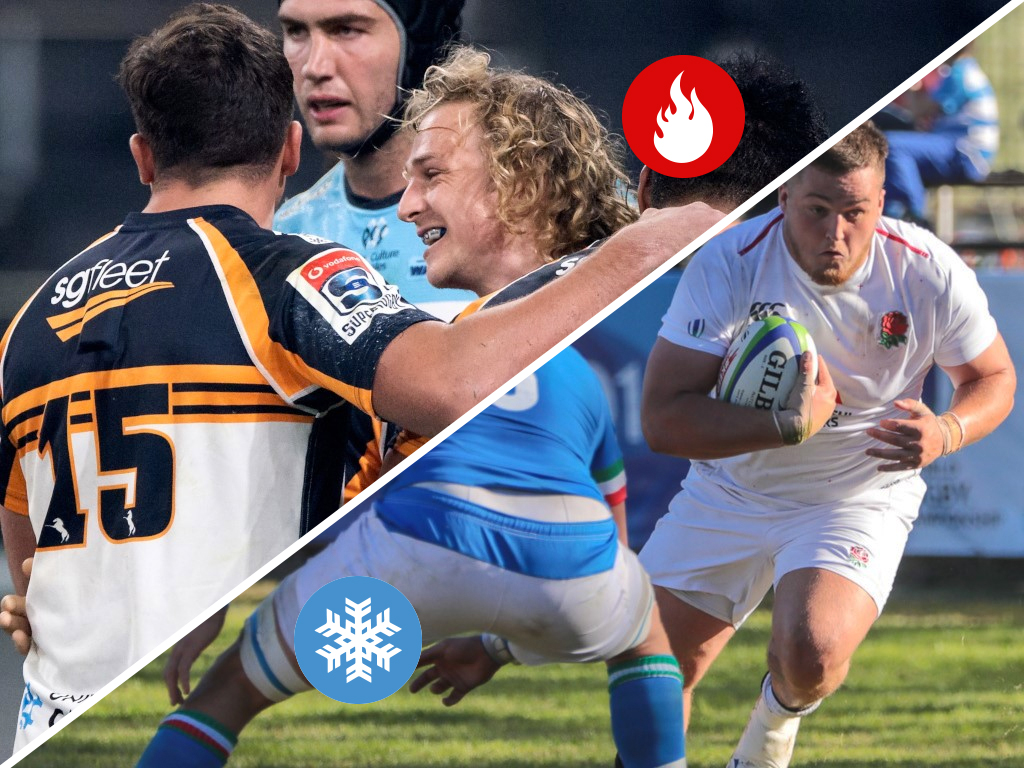 Toulouse and Clermont: Have been the dominant sides throughout the campaign and showed why in the semi-finals, securing comfortable wins over La Rochelle and Lyon respectively. The defeated teams gave it their all, with both first halves very competitive, but the quality was evident in the key moments as they went the way of the top-two. For Les Rouge et Noir, star full-back Cheslin Kolbe came to the fore when required while Les Jaunards could rely on Damian Penaud to produce, as we now await a mouth-watering Top 14 final in Paris this coming Saturday.

Crusaders: Scott Robertson’s team made a statement of intent when they delivered an excellent attacking display en route to a 66-0 victory over Melbourne Rebels in Christchurch at the weekend. Everything the Crusaders tried seemed to come off and they eventually scored 10 tries with wings Braydon Ennor and Sevu Reece each bagging a hat-trick. This result means the nine-time champions are unbeaten in 28 matches on their home turf. They’ve won 27 of those games with the only minor blip being a 21-21 draw with the Sharks in Round 12 as they wrap up top spot.

Brumbies: The two-time Super Rugby champions are another team who were in great form over the weekend and their 35-24 triumph over the Waratahs in Sydney confirms their status as Australia’s leading team in this season’s competition, as they are nine points clear of their nearest rivals, the Rebels, in that country’s conference with one round left of the league phase. The win means the men from Canberra have won seven out of their last eight games and they are currently on a five-match winning streak – after also beating the Blues, Bulls and the Sunwolves twice.

Jaguares make history: Another wonderful win for the Argentinians over the weekend and one which confirmed their place in the top three of Super Rugby. They claimed the South African Conference following a majestic display, defeating the Sharks 34-7 in Buenos Aires. Continuing their good work from their recent Australasian tour, Gonzalo Quesada’s men touched down five times to comfortably beat the visitors. With the Sunwolves their final encounter, Quesada’s charges should also finish in the top-two, which would give them an easier passage through to the final.

Australia U20s: It has been a long wait but their age-grade side have finally made it through to the last four of the World Rugby U20 Championship. It is the first time since 2010 – where they succumbed to New Zealand in the final – that they have qualified out of the group stages following several disappointing campaigns. Australian rugby has struggled over recent times and the public Israel Folau saga has only served to put more pressure on the sport in the country, but this crop of youngsters are a ray of hope for Rugby Australia and the whole nation to get fully behind.

Straight from the restart @RugbyAU U20s lock, Nick Frost takes off on a thundering run down the line to score the third try in three minutes at #WorldRugbyU20s pic.twitter.com/fKXoPybI0T

Israel Folau saga: This is a topic which has dominated the media for months now and it doesn’t look like it will disappear anytime soon. After Rugby Australia decided to terminate his contract last month, the former Wallabies and Waratahs star failed to lodge an appeal before the 72-hour window expired for his high-level code of conduct breach and sanction over his controversial social media posts. Earlier this week, the saga again hit the headlines when Folau filed a Fair Work Commission dispute against his former employers and the story took another twist over the weekend when it was revealed that the 30-year-old sent a letter via e-mail to the 10 directors on Rugby Australia’s board in which he demands to know how details of his Code of Conduct hearing were leaked to media.

So @IzzyFolau is taking legal action against Rugby Australia to the tune of $10 million for supposedly unlawfully sacking him, I’m just going to leave his own comments here… pic.twitter.com/TszEcjQrZ2

New Zealand franchises: Since 2016 when the top eight teams progressed to the knockout stage there has been four New Zealand franchises involved, despite the obvious obstacles of the Conference format they faced. However, for the first time in four years it’s now looking more and more like just two – the Crusaders and Hurricanes – are set to make the cut. The dip in form of the Chiefs and Highlanders is the reason for this as in 2018 they won 11 and 10 games respectively but, with one match left, they’re on just six and five. The Blues have improved slightly on last term but Friday’s loss at the Reds in Brisbane ended their faint hopes. A poor year by New Zealand’s standards.

England U20s: There is not a lack of individual talent in their squad, in fact it’s one of the most experienced group of youngsters they have sent to the World Rugby U20 Championship, but they have struggled in Argentina. For the first time since 2012 England have failed to make it out of the group stages following a defeat to Ireland and only a narrow victory over Italy. Steve Bates’ men have been poor and there are signs that the Rugby Football Union have rather lost their way in terms of youth development. It was once one of the great pathways but there is discontent both inside and outside the organisation over some of the decisions that have been made over recent years.

Feel for Barbeary, fair call but we hope hope hope he can bounce back. As for the pre-game Steve Bates’ “let’s win” rhetoric, well, a year ago yesterday some terrific coaches with a fundamentally different view were let go. Winning was a sideshow and 6 finals in a row followed

It’s not just about the 20s, it’s something which has been felt throughout the pathway this past season. I’ve had plenty of players and coaches complain to me this season…that never happened before.

The Top 14 schedule: It just seems ludicrous that France’s top-tier is still going and will not be completed until the middle of June, while the other major domestic leagues in Europe have already finished. In fact, the Super Rugby regular season will end next weekend and that only started in February. With the Top 14 beginning in August, it means the clubs who have reached the latter stages of the competition have been going at it for 10 months, which really isn’t great for player welfare. Pre-season in just a few weeks’ time must feel like a bad joke to many of them.

Haven't finished the current one yet.