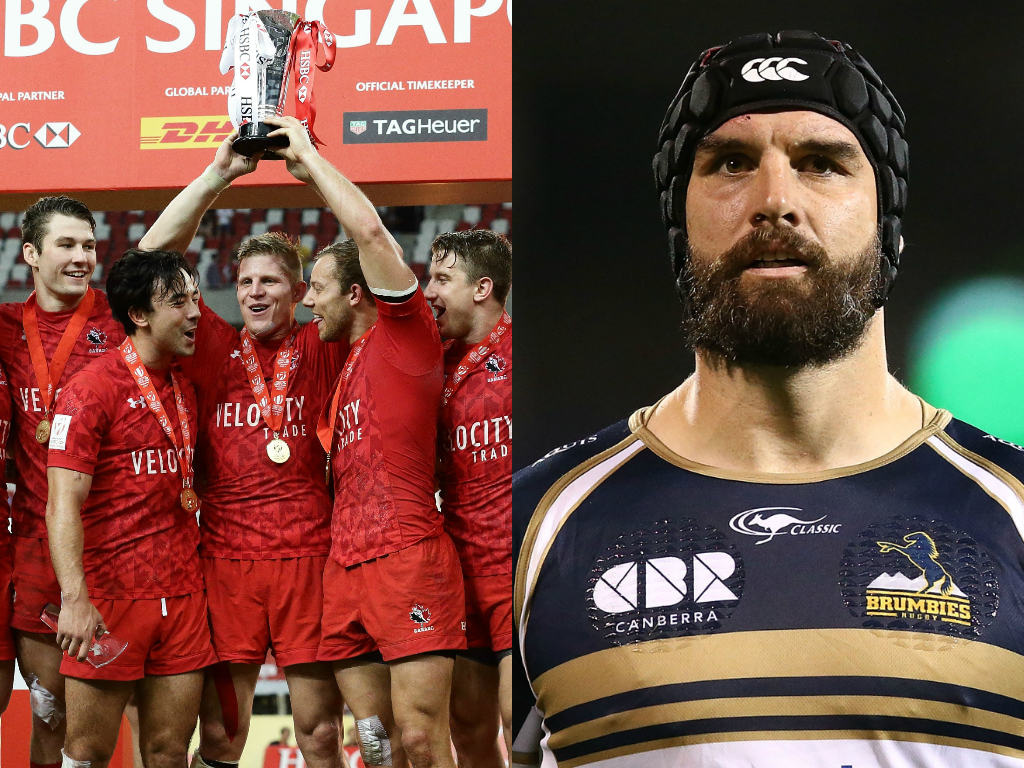 Canada: A huge day in Canada's history after winning a first-ever tournament on the Sevens Series circuit with their triumph in the final over old rivals USA. Canada were hugely impressive en route to the final knocking off England and New Zealand, with Nathan Hirayama and Justin Douglas in particular both outstanding. Hopefully this helps to inspire a new generation of rugby players back home.

Beauden Barrett: A third yellow card in three games is admittedly a bit off-putting, but how good was Beauden against the Blues. The control and execution of his chip kicks over the defence practically won the 'Canes the match at Eden Park, which was far from a certainty with the Blues playing their best rugby of the year. Nothing short of a masterclass and the World Player of the Year continues to defy belief.

Lions: Deserved winners in the big South African derby at Newlands, ending the Stormers' 100 percent win record at home this season and in the process puttng them top of the South Africa group. Noticeably dropped off in the second half but in the first the Lions were exceptional; hungry for the ball and playing at pace, all of which Jaco Kriel embodied in a standout effort.

Wyatt Crockett and John Muldoon: Tip of the hat – or perhaps sword? – to the Crusaders and All Blacks prop after he became the most capped Super Rugby player of all time, breaking Keven Mealamu's record of 175. Crockett would probably much rather keep his head down then hold the limelight, but his pitchside interview showed those who don't know him what a good bloke he is. That longevity, in the front row especially, is quite something. A shoutout as well to Muldoon, who remarkably made his 300th appearances for Connacht this weekend.

Cardiff Blues: Eye-opening result for Danny Wilson's squad over the Ospreys, who have dropped right off the pace at the top of the PRO12, but when the Blues get the old Hurricanes duo of Rey Lee-Lo and Willis Halaholo going in midfield then there are always going to be fireworks. It's too late for the Blues to make the play-offs, but defeating their near rivals 35-17 will have tasted sweet.

Lyon: It was going to take something special for La Rochelle to lose in the Top 14 for the first time since November, and Lyon pulled it off thanks to Facundo Isa's late double on Saturday. Top six and Champions Cup rugby is still very much on the cards for Lyon, while La Rochelle won't be too perturbed, still ten points clear at the top.

Shane Williams: 40 years of age and on a return to the Millennium Stadium with Amman, his hometown club, of course Williams scored. A true legend.

The Welsh winger scored the first try of Finals Day as Amman United won the competition for the first time! pic.twitter.com/8SzllXHa4R

Brumbies: What was that? Given the Rebels had a single table point to their name before Saturday – and the Brumbies led the Australian Conference – surely there was only one outcome on the cards. The Brumbies were downright sloppy across the board, especially at the lineout. It highlight how close the gap is between first and fifth in Australia right now. And not in a good way. This was grim viewing after the earlier excellence of the Blues-Hurricanes fixture.

Northampton Saints: Jim Mallinder can't wait to head off for the summer with his bucket and spade. Once again Northampton squandered a phenomenal chance at home to Saracens, with their top four hopes evaporating in the process. It felt all too familiar in a season where Saints have suffered multiple heartbreaks. (Lions watchers; Dylan Hartley had his best game in green and yellow this season).

Grenoble: Relegation confirmed this weekend for Grenoble at the end of a hellish week, when three of their players were charged by local police with rape. Back on the pitch, even a weakened Clermont outfit couldn't be stopped by Grenoble at home, as they conceded just shy of 60 points in a humiliating final swing of the relegation axe.

Bristol: And another side descending to the second division of their respective country are Bristol, who despite substantial backing ahead of next season will be spending the 2017/2018 campaign back in the Championship. The writing has been on the wall really since losing to Worcester back in March. The Pat Lam era is bound to bring success given Bristol's outlay on Steven Luatua, Ian Madigan et al.

Jaguares: A season-shaping game away to the struggling Bulls at Loftus and yet the Jaguares never truly looked like getting the win in Pretoria, a brief period in the second half aside where they seemed to settle down. More importantly, that's nine yellow cards now in seven matches, the most in the competition and proving that last year's problems are yet to be solved. Very disappointing.

Edinburgh: Another "please end the season now" side who have laboured as much under Duncan Hodge as Alan Solomons, the latest chapter being their 21-8 defeat to Treviso. Richard Cockerill, the incoming new boss, has one hell of a job on his hands.