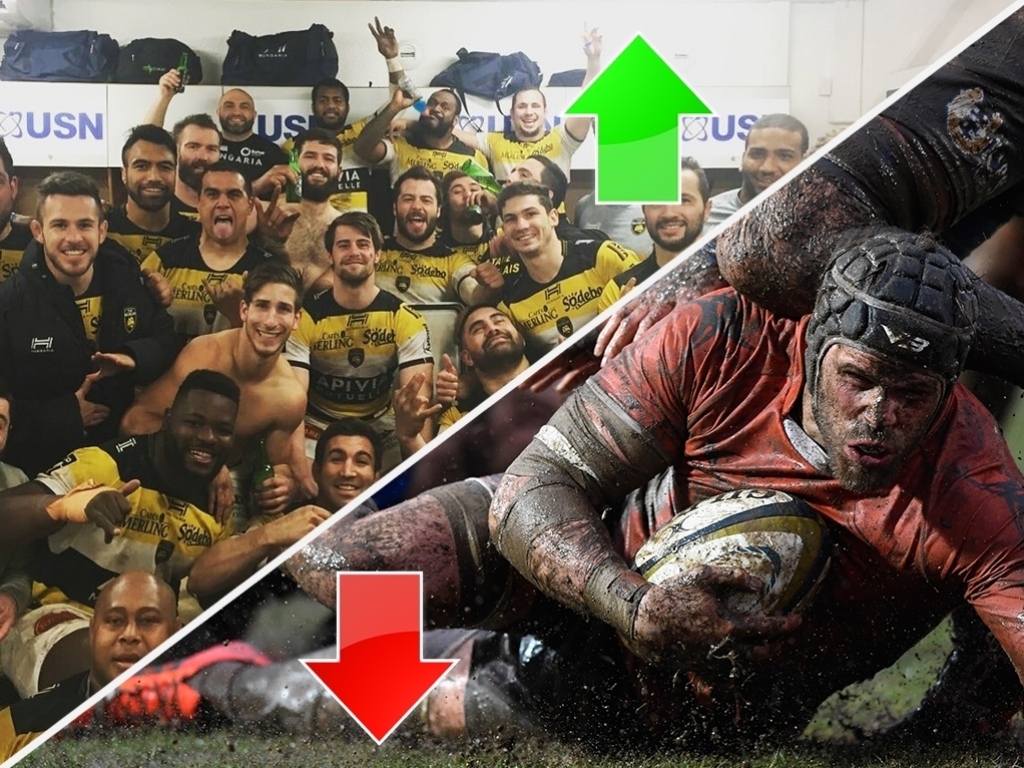 It’s time for our wrap of who has their name in lights and who is making the headlines for the wrong reasons.

La Rochelle: Hats off to Brock James, as the former Clermont stalwart stepped up and sunk Toulon with that last-minute penalty for another La Rochelle away win in the Top 14. Clermont’s draw with UBB means that La Rochelle stay top of the table heading into next week and boy do they deserve it, bucking the trend away from home this season.

Veterans like Jason Eaton and Victor Vito are playing out of their skin, and in Toulon it was the big men like Jone Qovu and Lekso Kaulashvili, with the latter scrummaging brilliantly, that made a difference. Fine kick from Kini Murimurivalu too for the game’s opening try.

Grenoble: Vital win in Grenoble’s bid for Top 14 survival as they hammered Stade Français 44-22. Last week was a good one for Bernard Jackman’s team, with key players extending their contracts even with the threat of relegation. Make no mistake, there’s a long way to go with Grenoble ten points adrift. But wins like this, with Jonathan Wisniewski contributing 24 points, is a positive sign.

Blitzbokke: Champions for the second time this season after taking the Wellington Sevens title – and giving South African rugby supporters something to cheer about again. Seabelo Senatla was electric as ever but it was the contributions from the likes of Kwagga Smith and Justin Geduld as well that deserve praise. Beating Fiji 26-5 in the final sends some message.

Scotland Sevens: Excellent weekend for the Scots in Wellington, pipping England into the semi-finals on Sunday before finishing with the Bronze medal after defeating Canada. James Fleming was phenomenal and underlined just how well the Men’s Sevens programme is currently firing.

Michele Campagnaro: Hat-trick for the Italy international as Exeter Chiefs wiped the floor with Wasps in the Anglo-Welsh Cup. Such a deadly attacker on his day, that performance will no doubt please Italy boss Conor O’Shea ahead of next weekend’s Six Nations opener at home to Wales. Not that it’s fair for him to have to play in the Anglo-Welsh Cup while other top nations’ players had their feet up…

Colder than a snowman…

Toulouse: Slow out of the blocks at home to Pau, down 17-7 at half-time, and Toulouse failed to turn that deficit around as they slumped to an eighth defeat of the season. Even with Toulouse missing the services of seven France squad players, matches such as Saturday’s on home soil have to be won if Toulouse want to be a force again. Instead they stumbled, and that optimism from the win over Clermont earlier this month and qualifying for Europe’s knockout stages has faded.

Weather in Newport: Does anyone need a 3G pitch more desperately than Newport Gwent Dragons? Sunday’s game with Newcastle Falcons in the Anglo-Welsh Cup was genuinely a washout, abandoned after 68 minutes due to an unplayable surface. Dragons lost the game 6-18 but given the footage coming through, it was amazing the game took place in the first place.

You have to question whether this game can continue in the second-half. It's like a river out there. pic.twitter.com/VJQWH4Ju0d

Not sure I would be too keen to come on if I was a replacement! #Rodneyriver pic.twitter.com/AUqaMBO4b0

Anthony Watson’s injury: Bad luck for Watson after missing the November Tests with a broken jaw picked up in that infamous judo training session with England. Now a hamstring strain will keep him out for three to four weeks, which rules him out of facing France and Wales. England have back-ups on hand in Jonny May, Marland Yarde and possibly Elliot Daly, but Watson is special, and averages a try every two Tests for his country.