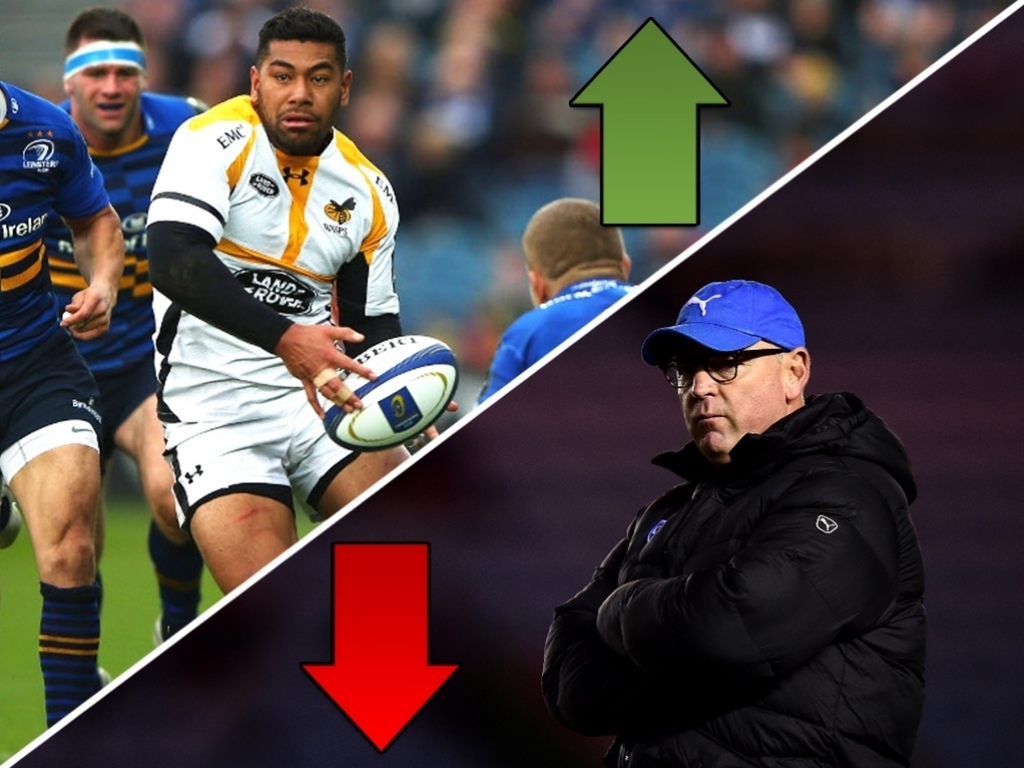 It's time for Planet Rugby's weekly round-up of who has their name in lights at the moment… and who is making the headlines for the wrong reasons.

Wasps: It almost feels like the good old days for Wasps fans. True, Leinster were woeful, but Wasps bossed the conditions, made fewer errors, and are just a joy to watch when they get that ball out wide to their backs in open space. Minnows in their pool before the Challenge Cup began – not so much now.

Charles Piutau: Leinster fans will be sick of the sight of Piutau when he's turning out regularly for Ulster after this display against the three-time European champions for Wasps. Piutau was the classiest player on the park in Dublin, causing all sorts of problems with his footwork.

New Leicester: Their victory over Stade Français was a performance that made the rest of Europe sit up and take note. Aaron Mauger is clearly helping build the Tigers' expansive game-plan and what was also noticeable was the skill level of forwards, which was another reason why they won with a bonus-point against the Top 14 champions. If they keep this up and with Jean de Villiers arriving, a good year awaits. A mention must also go to new arrival Brendon O'Connor, who could turn into the signing of the season.

Ospreys: We can't overstate the value of home wins in the Champions Cup, and Exeter have proven to be tricky customers this season so far. Good job then by the Ospreys getting the win on Sunday to get the European campaign off to the right start. It's been way too long since we saw them in action in the quarter-finals, maybe now, with Dan Biggar dictating games, that can change.

Saracens' win over Toulouse: We can't ignore the size of the scoreline – even on an off day defeating Toulouse 32-7 is noteworthy – but whether this fixture should have gone ahead after the tragedy in Paris on Friday night is up for debate. Toulouse's minds understandably seemed elsewhere. Calling the game off at the same time would arguably have sent the wrong message. There's no right answer on a weekend where sport did its best to momentarily distract from the shocking, sad news coming out of France.

Get these guys a cup of warm soup!

Jake White: Should he have declared his interest in the England head coach job not 24 hours before kick-off against Harlequins? We do not think so. How can you motivate your players to go out and perform after that and Montpellier were subsequently well beaten at the Stoop, going down 41-18. White also didn't really do himself any favours in suggesting he would only consider the England role if he was thought of as a front-runner, which is a strange stance to take. "If the RFU thinks I'm the man for the job and there wasn't going to be any rigmarole of going through the whole process which I have before then I would be a contender," he said. Was White suggesting he would rather bypass being on a shortlist and then going through a lengthy interview process? Surely that's a risky view to have when looking to land such a big job.

Steven Shingler: The Scarlets pivot had an off day with the boot during his side's Champions Cup defeat to Northampton. The Saints secured a hard-fought 15-11 triumph but the result could so easily have gone to the Welsh region but for Shingler who wasted eight points via two penalties and a conversion.

Dave Kearney: While it's unfair to single out one Leinster player, after their loss to Wasps, Kearney deserves a mention for his role in gifting the English side their opening try. Kearney's fielding of a ball deep inside his 22, where he allowed the ball to bounce twice before slipping in front of his tryline, allowed Christian Wade to gather and score one of the easiest tries of his career.

Morné Steyn: It was a disappointing performance from the Springbok as he was off-colour from the tee, while his all-round game did little to help his Stade Français team-mates at Welford Road. Yes, the Paris side was well beaten on the night but a 50 percent record off the tee coupled by some sloppy errors made it a game to forget for Steyn. In his defence he is very short on game-time after hardly playing for South Africa in the recent Rugby World Cup so maybe Jules Plisson, who is in good form, was the right man to go with for their European opener.