Home PRO14 What to expect from the PRO14 Rainbow Cup 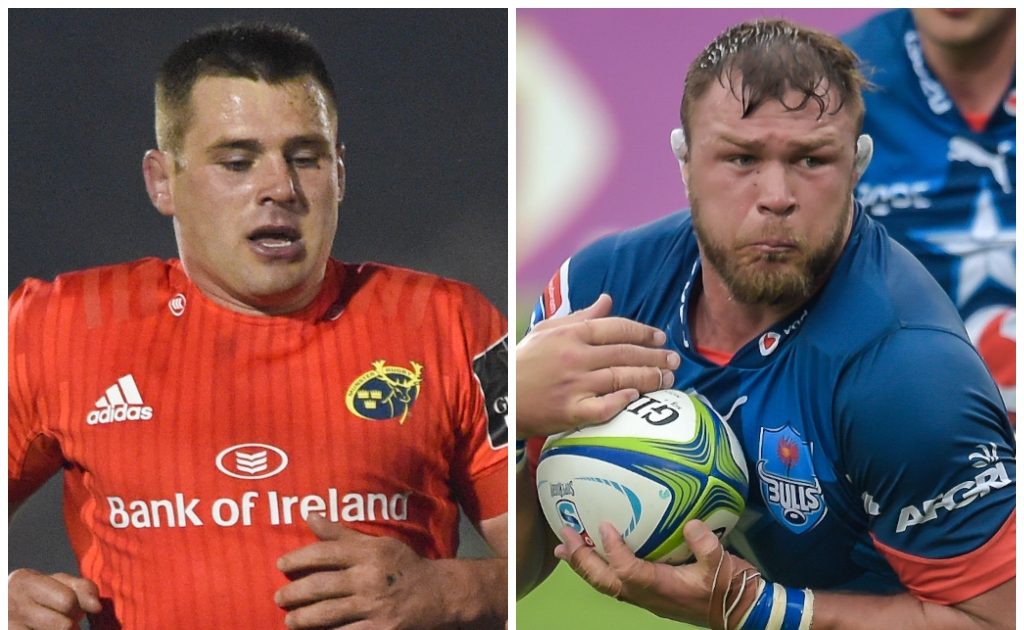 A brand new rugby union competition starts on Friday when the PRO14 Rainbow Cup gets under way.

Intended to pit the PRO14’s Irish, Welsh, Scottish and Italian sides against the best South Africa has to offer, the competition will culminate in a final on June 19.

Here’s a look at what to expect from the Rainbow Cup.

What is the Rainbow Cup?

The Rainbow Cup is an end-of-season tournament that will feature the 12 PRO14 sides alongside four South African former Super Rugby franchises – the Bulls, Lions, Sharks and Stormers.

Aren’t there already South African teams in the PRO14?

There were. The Cheetahs and the Southern Kings joined the competition in 2017, but the coronavirus pandemic and associated travel restrictions forced them to withdraw from the 2020/21 campaign, before the Kings ceased operations altogether in September. The Cheetahs will not be involved in the Rainbow Cup. It is rumoured the competition could pave the way for the four new additions to join an expanded PRO14 on a more permanent basis following their departure from Super Rugby.

Why the new competition?

The PRO14 season – eventually won by Leinster – was curtailed to accommodate the Rainbow Cup, with organisers saying the intention was to support SA Rugby as the franchises faced the prospect of no international club fixtures in the build-up to the scheduled British and Irish Lions tour, while the absence of any South African involvement in the regular campaign will have been another motivating factor. The tournament will also allow Lions hopefuls among the PRO14 sides to test themselves against players who could line up for the Springboks in July and August.

What is the format?

The teams will each play six rounds of fixtures and be ranked in a single league table, representing a departure from the conference system used in the PRO14. The top two teams at the end of the six rounds will contest a final on June 19. The format is shorter than the one that had initially been planned, avoiding the need for European sides to travel to South Africa.

Three law variations have been announced ahead of the big kick-off. Red-carded players can be replaced after 20 minutes, while the defending team will now take a goal-line drop-out from anywhere on the goal line in situations where the ball is held up over the line, knocked on in goal or grounded by a defending player after a kick through. The final rule change sees the introduction of a captain’s challenge, which can be used for try-scoring and foul-play incidents, or to contest any refereeing decision in the last five minutes of a match.

Have the travel issues facing South African sides been resolved?

Not quite. Only fixtures for the opening three rounds have been confirmed and the schedule is dominated by derby matches. The Irish, Welsh and South African teams will not leave their own country in the first three rounds of the competition, while Edinburgh’s home clash with Zebre and Glasgow’s trip to Benetton in Round One represent the only cross-border fixtures confirmed so far. Rounds four to six are set to see the South African franchises play away matches in Europe and, according to a statement from organisers, “those fixtures will be confirmed once all appropriate travel approvals have been confirmed by the relevant authorities and governments”. Prior to confirmation of the opening fixtures, reports had suggested the competition was in danger of being shelved due to logistical obstacles.

When does it start?

The competition gets under way with a clash between the Stormers and the Sharks on Friday evening, before Ulster welcome Connacht and Edinburgh host Zebre later that night. Benetton and Glasgow kick off Saturday’s action, which will also see the Bulls take on the Lions, Cardiff Blues travel to Swansea to face the Ospreys and Leinster host Munster in a repeat of the PRO14 final. A clash between the Dragons and the Scarlets in Newport on Sunday rounds off the opening weekend.