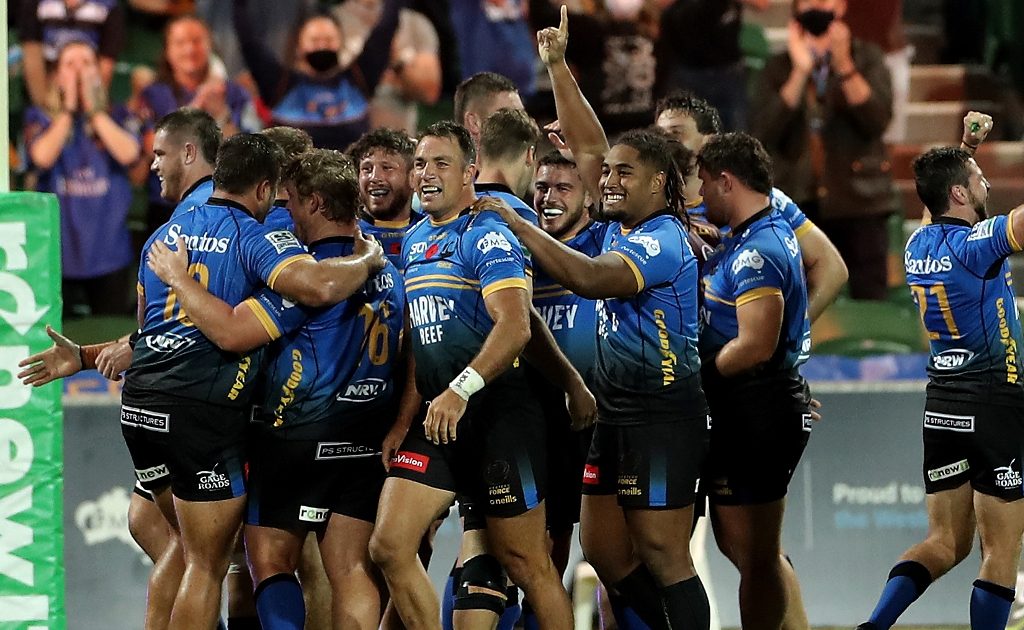 Sampson’s charges have defied the odds to secure their place in the Super Rugby finals after a dramatic 30-27 win over the table-topping Reds in Perth.

With destiny seemingly out of their hands after going down 21-7, it would be English import Jordan Olowofela that would help inspire an incredible comeback after crossing for a hat-trick of tries.

Despite three yellow cards, the Force would hold on for a famous win – and the Reds’ first defeat of the season – and in doing so wrapped up a maiden finals appearance against the Brumbies.

And Sampson admitted that the prospect of taking on Super Rugby AU’s defending champions is an exciting one.

“We’ve played the Brumbies twice this year,” he said. “We know what their strengths are, so hopefully we can combat that and put in a good performance in chilly Canberra.”

Force captain Kyle Godwin is full of belief heading into the semi-final.

“We can go a long way in this competition, and hopefully we’ll do the fans proud again next week against the Brumbies,” he said.