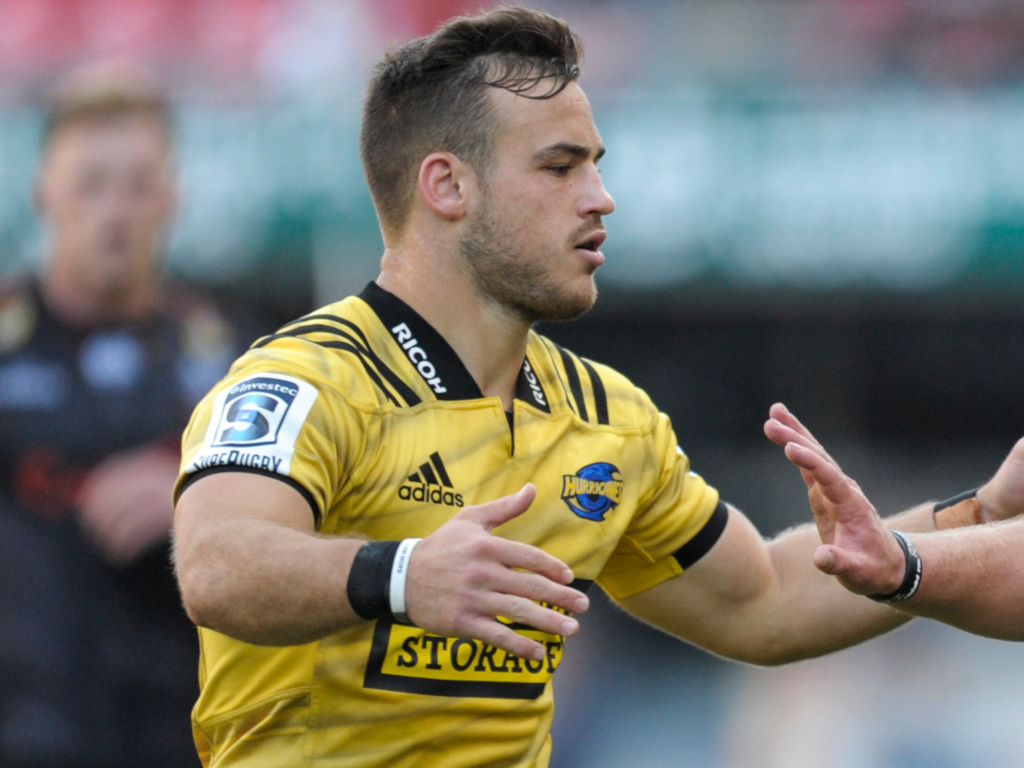 Hurricanes wing Wes Goosen will make his 50th appearance for the Wellington-based side in Saturday’s Super Rugby Aotearoa clash with the Chiefs.

Goosen has been with the Hurricanes since 2016 when he debuted against the Reds in Wellington.

Since then, the 24-year-old has gone on to score 22 tries for the side, two of which were during the 34-32 win against the Crusaders in Christchurch two weeks ago.

All Black Dane Coles returns to the number two jersey having recovered from a minor back twinge, with the powerful Asafo Aumua on the bench. Tighthead prop Tyrel Lomax also returns to action after he too sat the last game out with an injury.

There are some notable changes to the backline also.

Give us your call, who will win Investec #SuperRugbyAotearoa? pic.twitter.com/E1jVZpFSfO

Vince Aso starts at inside centre, with Ngani Laumape forced to sit the rest of the competition out with a broken arm.

Kobus van Wyk gets the nod for a spot on the wing, following Ben Lam’s departure for France, whilst Peter Umaga-Jensen gets his fourth start this year in the midfield after his superb performance against the Crusaders two weeks ago.

There’s plenty of depth on the bench, with scrum-half Jamie Booth set to provide impact along with Devan Flanders, Pouri Rakete-Stones and Billy Proctor. Kane Le’aupepe returns to the matchday 23 for the first time in 2020 after a long break through injury.

This Saturday is the Hurricanes’ penultimate game of 2020, and their final home game of Super Rugby Aotearoa.