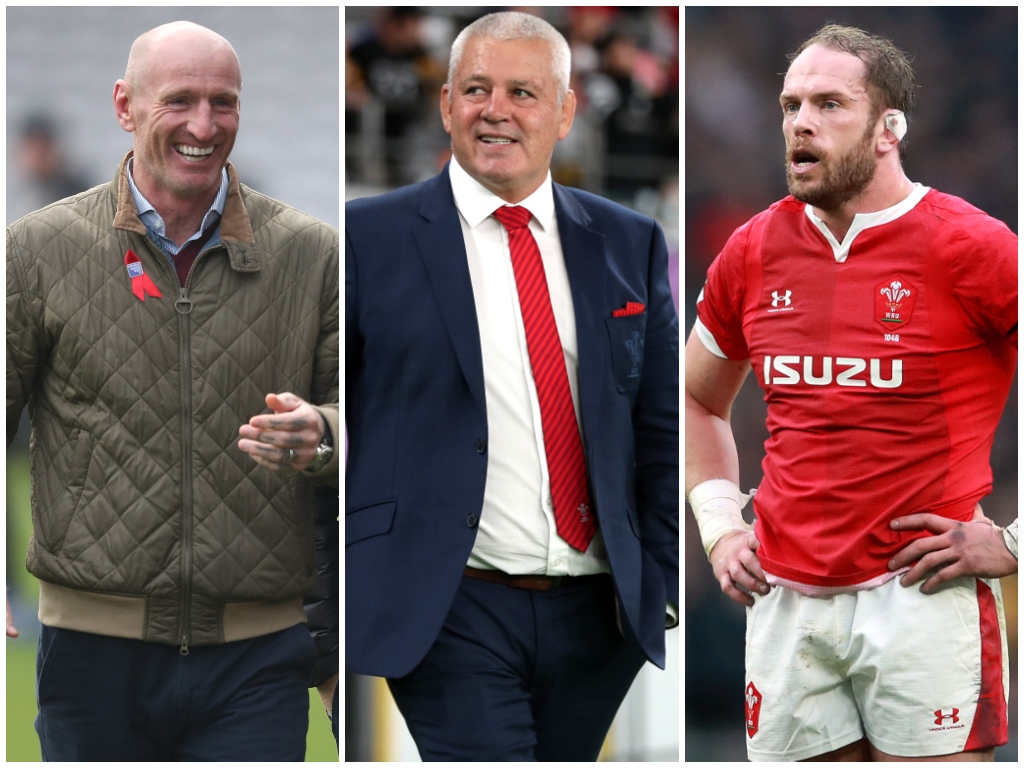 Former Wales head coach Warren Gatland has been awarded a CBE for services to the sport, while captain Alun Wyn Jones receives an OBE.

The 2020 Queen’s Birthday Honours list was due to be published in June, but was pushed back to enable nominations for people playing crucial roles during the first months of the coronavirus crisis.

New Zealander Gatland, 57, stepped down after 12 years in charge of Wales following the 2019 World Cup in Japan, where his side lost against New Zealand in the bronze-medal match.

During his time at the helm, Wales delivered four Six Nations titles and three Grand Slams as well as reaching the World Cup semi-finals twice. Also, they briefly found themselves ranked number one in the world.

Gatland, already appointed an OBE in 2014, is set to take charge of next summer’s British & Irish Lions planned tour to South Africa.

“I am incredibly honoured to receive a CBE. This award is recognition of everyone involved in Welsh Rugby and all that we achieved together during my time as head coach,” Gatland said in a statement to the PA news agency.

“Rugby is a huge part of my life and has given me so much joy as a player, a father to a rugby-playing son and also as a coach.

“It has also given me so many incredible friendships and experiences too. I feel very fortunate to be able to do something I love every day, and I would like to thank everyone who has supported me during my career.”

Jones is expected to surpass the record of New Zealand skipper Richie McCaw for most Test appearances later this month, with a friendly against France ahead of the delayed Six Nations clash with Scotland.

The 35-year-old Ospreys lock is preparing for a 139th Wales appearance, which had originally looked set for March, and he has also won nine caps for the Lions.

“It is a huge honour to receive such an accolade,” Jones said in a statement to PA.

“I was initially reluctant to receive such an award in these trying times when there are so many people doing so much good for the community and are more worthy, but I see this as an acknowledgement to all the people who have helped me throughout my career.

“It is recognition for everyone that has supported me from grassroots and intermediate, to professional and international rugby.

“It is for my family, those who aren’t here anymore and those who are still here and fully behind me and for all their support in what I have done and what I want to continue to do.”

Former Lions captain Gareth Thomas, meanwhile, has been awarded a CBE for services to sport and health.

The 46-year-old Welshman, who also played rugby league, came out as gay in 2009 and last year revealed he was HIV positive with undetectable status.

Thomas continues to raise awareness of the issue and during the summer of 2020 he launched the Tackle HIV campaign to improve public understanding of HIV and break the stigma around it.

During his playing career, Thomas had spells at Bridgend, Cardiff RFC, Celtic Warriors, Toulouse and Cardiff Blues before switching codes to rugby league in March 2010 when he joined Wrexham-based Super League club Crusaders.

Thomas, who could play centre or wing, retired from professional rugby during October 2011, having been hampered by a recovery from a broken left arm.

He made 100 appearances for Wales, captaining the side to a first Grand Slam in 27 years in 2005, and also later earned four international caps in rugby league.